EXCLUSIVE: ‘My mum jumped out of the car’: Fashion blogger’s mother leaps to safety as her $100,000 Mercedes Benz explodes into flames causing Christmas chaos at Australia’s busiest shopping centre

By Daniel Piotrowski and Wayne Flower For Daily Mail Australia

The mother of a prominent fashion blogger is lucky to be alive after her luxury car burst into flames at Australia’s biggest mall.

Rozalia Russian said it was a ‘Christmas miracle’ her mum Helena was unhurt when her Mercedes Benz exploded in a Melbourne carpark on Thursday afternoon.

Helena had just entered the Chadstone Shopping Centre carpark near David Jones when she noticed smoke pouring from the vehicle.

She jumped out of the car and ran to call for help as the C-class wagon blew up. 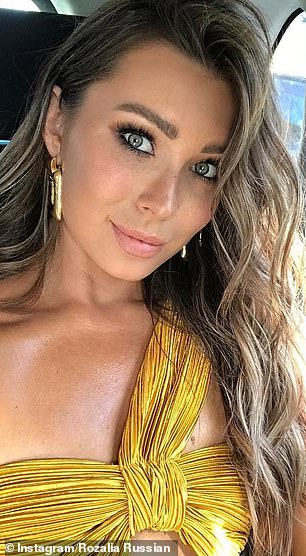 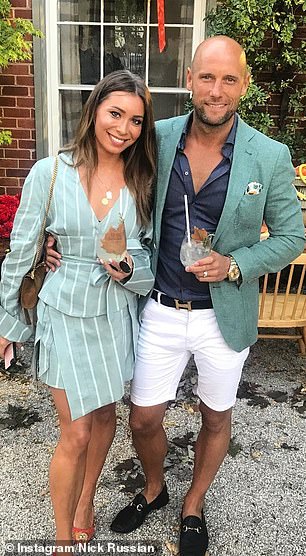 Ms Russian (left, and right with her husband, Melbourne hospitality identity Nick Russian, said ‘all that matters in life is having your loved ones healthy and safe’ 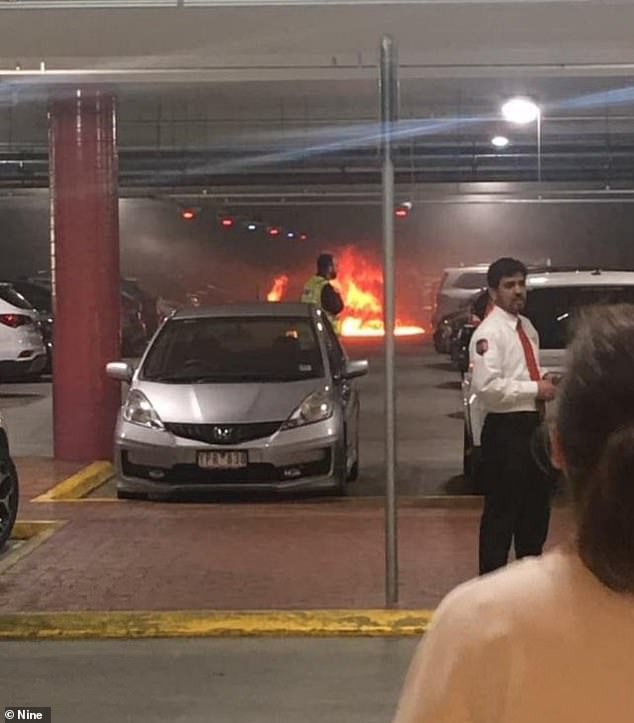 Investigators believe the explosion was caused by a vehicle fault.

Ms Russian, a lifestyle blogger, said: ‘In life all that matters are having your loved ones healthy and safe and this has been our little Christmas miracle.

‘Materialistic things can be replaced and are irrelevant’.

She said she was glad no one else was injured in the catastrophe.

Eleven cars were damaged as a result of the blaze and thick smoke quickly spread throughout the car park. 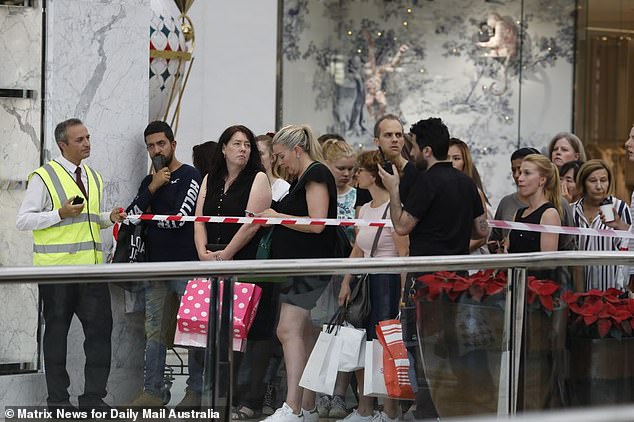 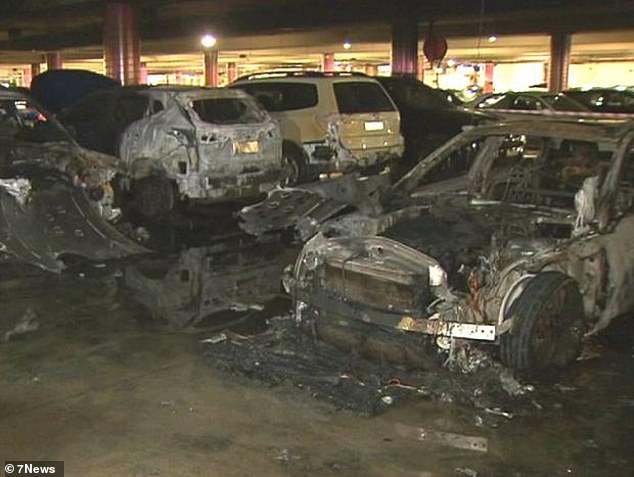 The end: pictures have emerged of the carnage after the explosion on Thursday

If the cause is confirmed to be a fault, it could lead to a recall by BMW.

Ms Russian, who has 230,000 Instagram followers, has previously told media how her family fled the Soviet Union for Australia with just two suitcases and just $250.

‘My mum, Helena, tells the stories of being pregnant with me and queueing all day for meagre rations,’ she told Whimn earlier this year.

‘Mum had to decide whether to eat to provide nutrition for me or feed my starving brother. ‘ 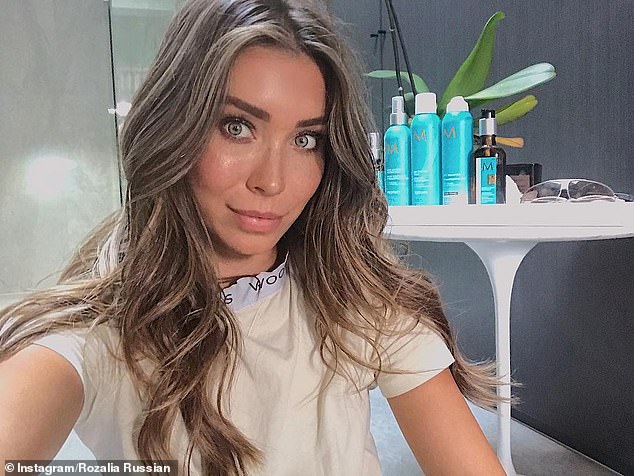 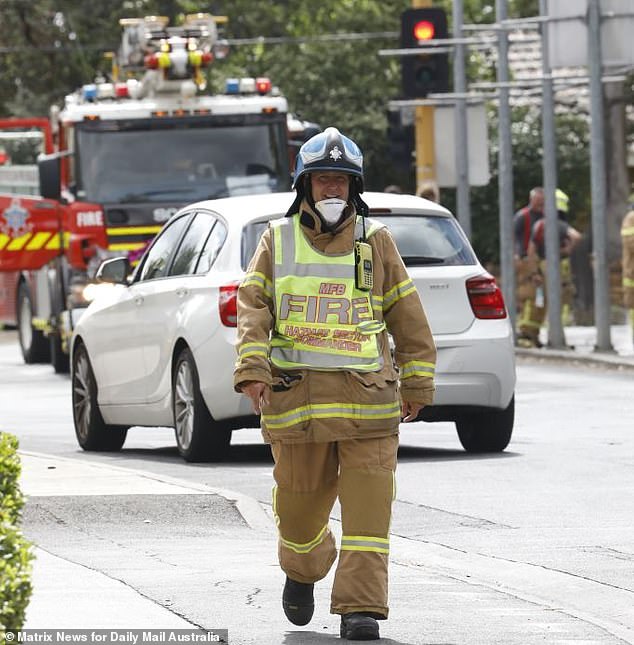 More than 50 Victorian firefighters were called to the scene 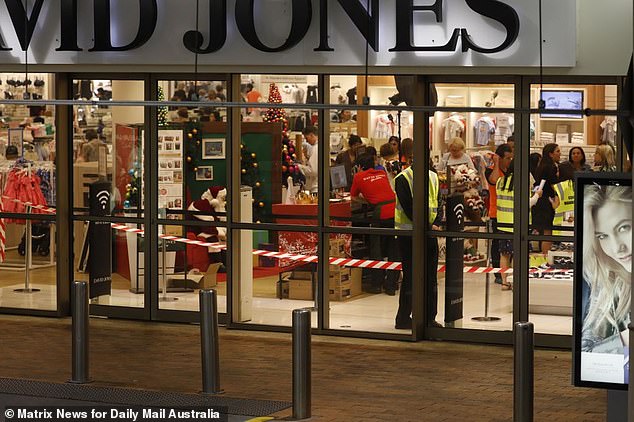 The fire prompted the evacuation of the level-one David Jones car park and the closure of all other levels, the shopping centre tweeted on Thursday. 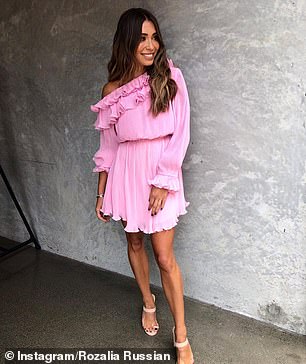 ‘She gave the food to him and would feel the hunger pains rumble around her pregnant body.’

The family were granted permanent residency and raised their daughter Rozalia in Melbourne.

She is a brand ambassador for Adairs, Anton Jewellery and Malvern Central shopping centre.