Body of man, 53, is found floating in NYC harbor with chains and rocks wrapped around his legs in an apparent suicide

The fully clothed body of a man with chained legs has been found floating in a harbor in Queens in what may be a case of suicide.

The NYPD responded to the World’s Fair Marina in Willets Point around 9.15am Tuesday identified the body as that of Michael Panico, 53, a resident of nearby Jackson Heights.

A bystander spotted the body floating face down near the shore line at the harbor, which is next to the New York Mets’ Citi Field.

The body had chains wrapped around the legs and with rocks tied on, an NYPD source said.

Panico was pronounced dead at the scene.

Police investigators believe it may have been a suicide, sources told the New York Post.

The medical examiner will make a final determination of the cause and manner of death. An investigation is ongoing. 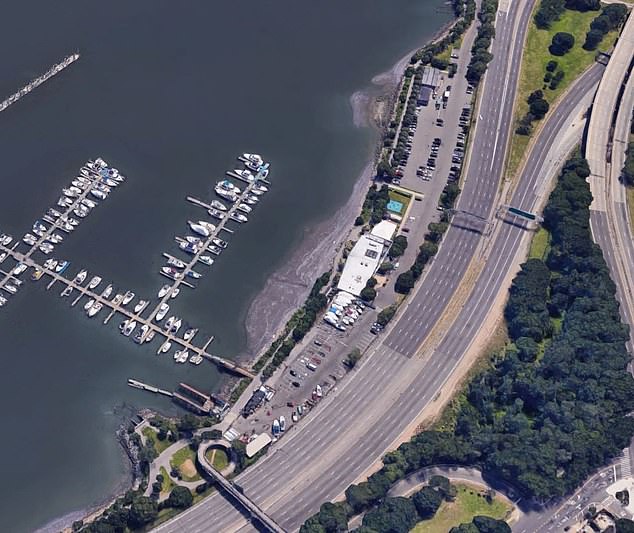