Championed by the food tsar but…Would you eat insects sold at Sainsbury’s?

The food tsar says they could be a new way of feeding Britain, Angelina Jolie says she likes hers ‘with a beer’ and Barclays bank claims they could be as popular as sushi.

Edible insects are creating a buzz. They may not be on your lunch menu just yet, but more than two billion people around the world already supplement their diet with insects, and crickets, mealworms and other creepy crawlies are set to become increasingly popular in the UK.

Earlier this summer, Henry Dimbleby, co-founder of Leon restaurants and non-executive board member of the Department for Environment, Food and Rural Affairs, who is leading a review of England’s food system, said that edible insects could form part of the country’s first national food strategy for 75 years.

Their appeal is that they are environmentally friendly, because they take up fewer natural resources than rearing livestock, and are also a healthy alternative to meat.

For example, 100g of crickets contains 121 calories, 12.9g of protein, 5.5g of fat. This, says the UN Food and Agriculture Organisation, compares favourably with meat, as while 100g of ground beef has more protein, it is also much higher in fat.

A study last month from Teramo University in Italy found silkworms have twice the level of antioxidants — chemicals that protect our cells from damage and ageing — as olive oil. Crickets, meanwhile, pack almost as much of an antioxidant punch as fresh orange juice.

All of which might help explain why Barclays predicts the global market for edible insects could be worth almost £6.5 billion by 2030.

However, Charlotte Payne, a zoologist at Cambridge University who has studied edible insects for the past eight years, cautions there are many unknowns about the nutritional value of insects, which are generally raised on ‘insect farms’ in Canada, the Netherlands and other parts of the Continent.

‘One thing to look out for is adult versus larval insects —these have quite different nutritional compositions,’ she says .

‘With larvae, you expect quite a lot of fat, adults are leaner with more protein. Crickets and mealworms are low in fat and high in protein. Other insects can be high in cholesterol.’

Her research found palm weevil larvae (also known as the sago worm) to be particularly high in cholesterol.

And while certain breeds might well be high in particular health-boosting nutrients, it is unclear how well the human body can use them. ‘We don’t know anything about the real health effects,’ she adds. ‘What we haven’t done is controlled trials with humans, seeing what happens when they switch from eating meat to eating insects. That is going to be important.’

It may be that the human body lacks the necessary enzymes to process the insect iron. Those who are allergic to shellfish are advised to avoid eating insects because they contain some closely related proteins.

That said, the ‘yuck factor’ is probably one of the biggest barriers to edible insects becoming the norm.

Dr Simon Steenson, a nutrition scientist at the British Nutrition Foundation, says: ‘Although many of us may have an aversion to eating whole crickets, insects can be added as a powder to flour used to make pasta or biscuits which may be more acceptable.’

How do these foodstuffs fare in a taste test? Charlotte Payne, of Cambridge University, sampled five for us . . . 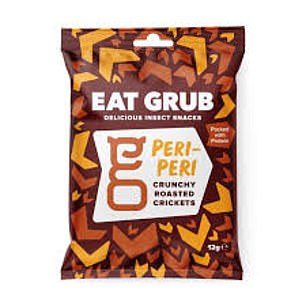 These 1.5cm dried crickets are sprinkled with barbecue seasoning and have a satisfying crunch, like crisps, and that characteristic umami flavour. Eat them as they are or put them on pizza, or on flatbread with hummus.

They are high in animal fat, so use them like crispy bacon to enhance, not overwhelm, a meal. 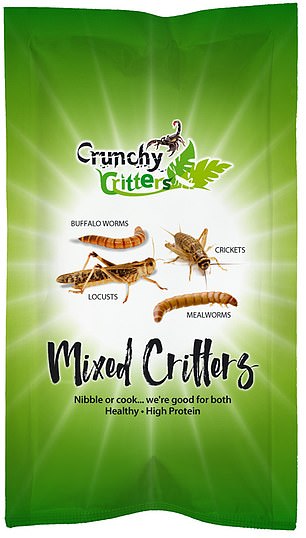 They look like mushy blackberries, are rich in iron and zinc, have a strong stock cube-like smell and I wouldn’t want to eat them by the handful. The maker suggests sprinkling them like ‘seasoning’ and I suspect they’d go best with stir fries or sushi.

The pack says these dried, unflavoured buffalo worms, crickets, mealworms and locusts can be ‘nibbled or cooked’, but I’d recommend cooking — they are bland otherwise. Cover in boiling water for six minutes to rehydrate, then fry with onions and garlic, like prawns. I’d happily serve them at a dinner party. 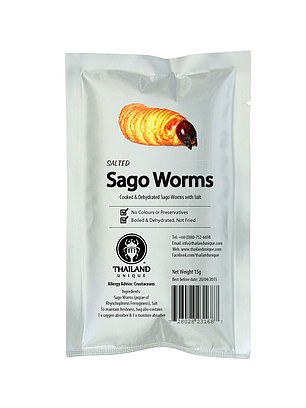 This contains just 4 per cent flour madefrom buffalo worms, which are similar to mealworms, so it is not surprising that it doesn’t taste of insects at all. It is probably a product for those who like having a granola breakfast and want to give it an extra something. The firm says the buffalo worms (beetle larvae) are ‘naturally high in protein, a great source of iron and contain eight essential amino acids’.

These live in the trunk of palm trees and, eaten fresh, are considered a delicacy — big, fatty and creamy. It may be worth experimenting with rehydrating them. They are high in fat and also a source of protein, so if they regain their creamy texture, they could be an interesting alternative to king prawns or paneer. 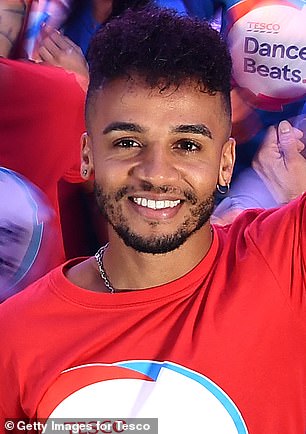 Yes, fitness is very important to me.

I try to do a something every day and mix it up a bit — going to the gym is too boring. I do a 5k run and then boxing, gymnastics or dancing.

I am not really a five-a-day person, I just eat as and when I can. I am a carb maniac. I could over-indulge very easily on pizza and pasta.

About five years ago, I went on a diet before a tour. It was low-carb with a lot of protein, good fats and greens. It was difficult to do, but it worked.

I do love a Guinness. My fiancee, Sarah Richards [a former backing singer with JLS], loves chocolate but I will just take a square and put the rest back in the fridge. A vanilla latte or an iced coffee always goes down well.

Never say never. I have tattoos, but I don’t think I’d ever get any removed. They are a part of me.

An operation to correct damaged nerves on my left foot when I was a teenager. I was on crutches for a few months and it stopped me trying to follow a professional football career. Before that I’d played in the Sunday League and was going for trials. There is still a part of my foot I can’t really feel.

My dad is diabetic and my mum’s dad had bowel cancer and cancer behind his eye, which he survived. He is amazing, as tough as nails.

I had root canal work to remove nerves from a tooth.

All the time. If anything feels inflamed or in need of attention, I go to Darren Chandler, an osteopath.

Nothing ever goes 100 per cent right for any artist all the time, so there have been moments when I’ve been down. But I’m quite strong-minded so always pick myself up.

Hydration tablets [which provide sugar and salts when mixed with water] which I think are quite good.

Getting enough sleep was a problem when my baby son Grayson’s teeth were coming through, but not now. I’m a bit of a night owl and tend to get by on six hours, seven if I am lucky.

I would love a bit more.

I used to have a big phobia of dogs. It took me about 20 years to get over it.

Not if it meant everyone else that I knew and loved was going to leave me. A long, healthy life with loved ones would be brilliant.