Champions League: Could we have a surprise winner?

It’s usually a formality that the likes of Real Madrid, Barcelona and Bayern Munich would ease into the Champions League knockout stages.

However, this season has sprung a surprise. The traditional European powerhouses haven’t exactly set the world alight in Europe’s elite competition.

That was further highlighted on Wednesday evening when Tottenham produced an emphatic performance to beat Real Madrid 3-1 at Wembley. 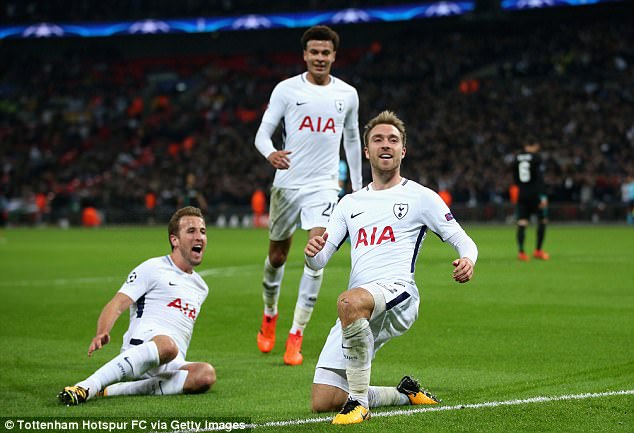 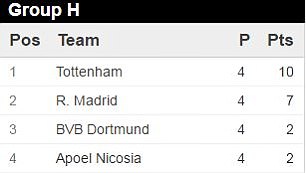 The Champions League holders, who made history last season by becoming the first team in the modern era to retain the trophy, now face a huge challenge to do it again.

In the same group, 2013 finalists Borussia Dortmund suffered embarrassment on Wednesday by drawing 1-1 with APOEL Nicosia.

The Germans have endured a miserable campaign, taking just two points from four matches and face the prospect of missing out on the Europa League, too.

Their Bundesliga opponents, Bayern Munich, have wobbled in Group B. They had to rely on a late Javi Martinez goal to overcome Celtic this week, and are second in their group. 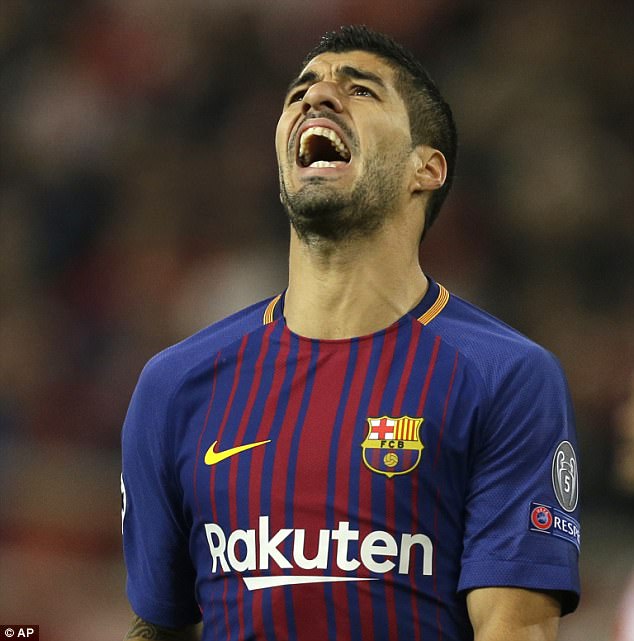 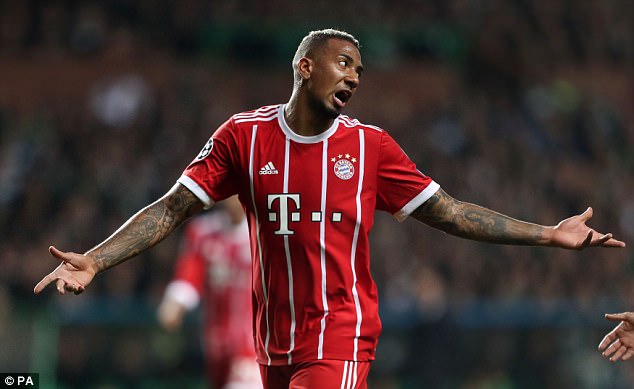 And the German struggles are similar in Spain, too. Like Real Madrid, Barcelona and Atletico Madrid both failed to win this week.

Barca were held to a 0-0 draw by Olympiacos as they failed to score in a Champions League group game for the first time in five years.

They should still qualify in top spot, sitting three points above Juventus. The same can’t be said of Atletico, though.

Diego Simeone’s side are third in their group and are yet to win, taking just three points in a group which also includes Azerbaijan outfit Qarabag.

But their struggles has opened the field and here, Sportsmail looks at the teams who could triumph in the Champions League this season. 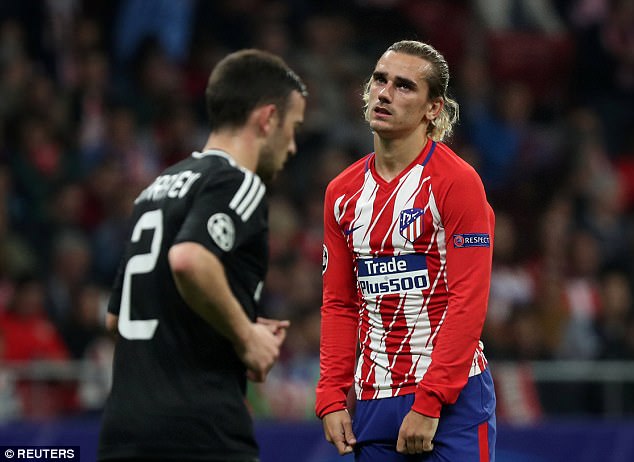 The French outfit splashed the cash in the summer, bringing Neymar and Kylian Mbappe to Paris — and they have reaped the rewards.

They’ve won all four of their group matches, including the 3-0 thrashing of five-time European Cup winners Bayern Munich.

And they reminded their rivals of their attacking prowess this week by easily beating Anderlecht 5-0, with defender Layvin Kurzawa scoring a hat-trick.

This is  a competition they tend to struggle in — they’ve never got further than the quarter-finals in the Champions League — but this is a year they could triumph. 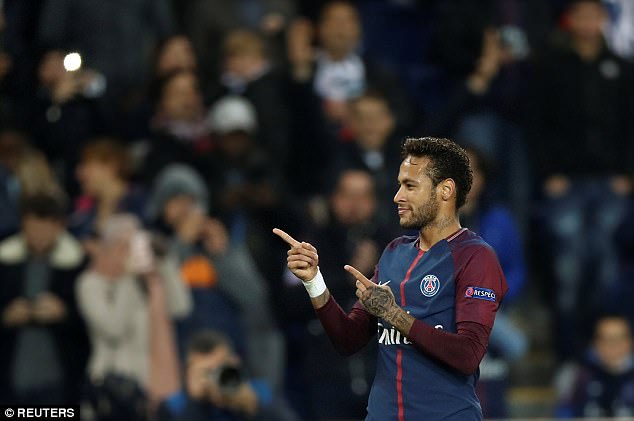 What about the Premier League clubs?

Well, the Premier League teams have certainly impressed this season.

Before Chelsea were thrashed by Roma on Tuesday, no English team had been beaten.

That result leaves the Blues one point behind the Italians in their group, but they should still find a way to finish the group on a positive note. 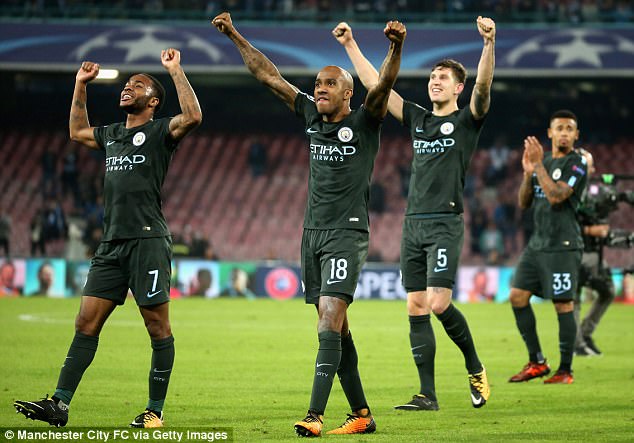 Their English rivals Manchester United, Manchester City, Liverpool and Tottenham are all top of their groups — and there’s no reason why it can’t stay that way.

Spurs and City have got their hardest games in the group out the way while United were handed a preferable draw.

Liverpool still need to face Sevilla this month, and Jurgen Klopp’s men know a win will guarantee them a last-16 spot.

They aren’t guaranteed a favourable knockout-stage draw, but for once English clubs can be optimistic after struggling in this competition in recent years. 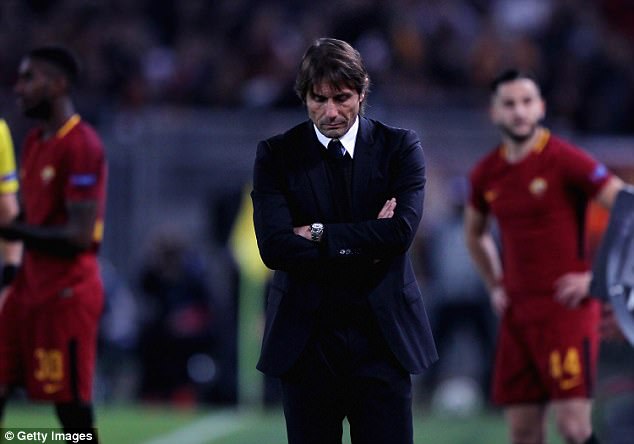 Any other big European clubs out there?

Roma are looking good in Group C and produced a clinical performance to thrash Chelsea.

Although they’re not doing so well in Serie A, lying in fifth place, it looks like they have prioritised the European competition this season.

There’s no forgetting Juventus either. They’re not doing as well as Roma, sitting in second behind Barcelona with two wins out of four.

But they’ve a knack of grinding out results when it matters — and they’ll want to give veteran goalkeeper Gianluigi Buffon the triumph his career deserves. 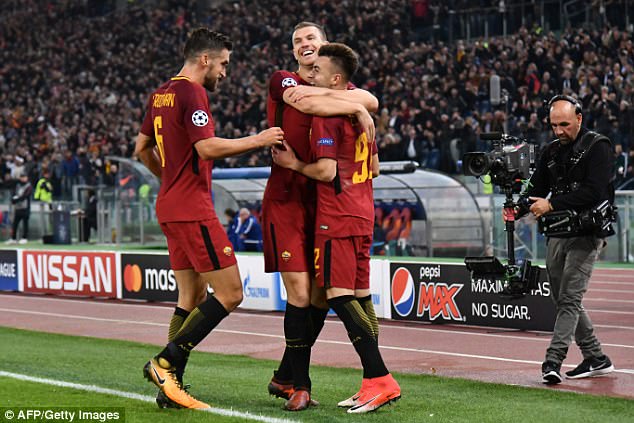 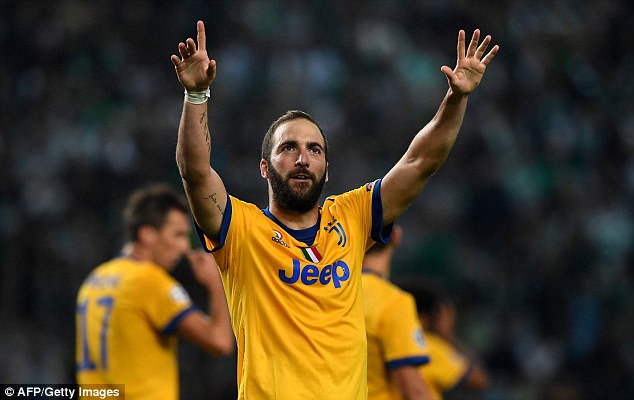 What about any outsiders?

Besiktas aren’t messing about this season. Drawn with Monaco, Porto and RB Leipzig, they’ve won three of their four games to top the group.

The Turkish side have some familiar faces in their squad including former Premier League players Gary Medel, Ryan Babel, Alvaro Negredo and Ricardo Quaresma.

And with three-time winner Pepe — the former Real Madrid defender — in their defence, they certainly have experience.

Shakhtar Donetsk are another team going strong in their group, despite being drawn with Manchester City and Napoli.

They’re second behind the English outfit, and are all but guaranteed second place and a last-16 spot after a 3-1 home win against Feyenoord on Wednesday. 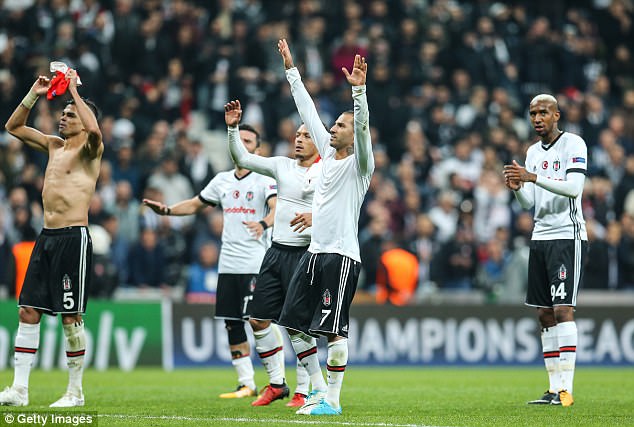