Basked in sunshine, Champions League excitement is heating up in Kiev ahead of this weekend’s big showdown.

Real Madrid and Liverpool will lock horns at the NSC Olimpiyskiy Stadium on Saturday evening and the Ukraine capital is almost set for the big occasion.

The Champions League emblem has been emblazoned around the city, with flower beds donning the instantly recognisable ball. 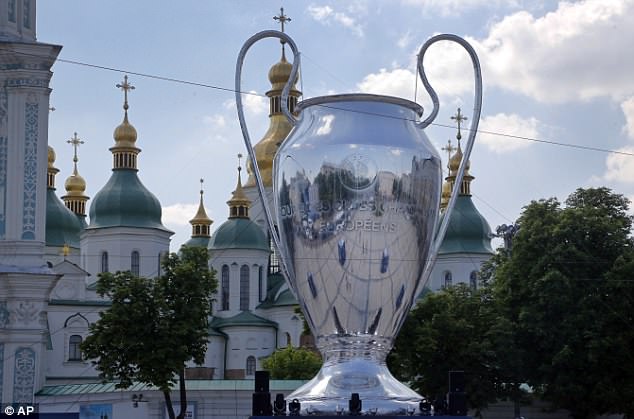 A giant replica of the European trophy has been placed in front of St. Sophia Cathedral

And a massive replica of the European trophy has also been rolled into the centre, taking its place in front of St. Sophia Cathedral.

The finishing touches were being made to the fan park, which will be open from Thursday onwards as fans from across the globe begin to flock to the eastern European country ahead of kick off.

While the heat may be turning up in the Kiev, Liverpool manager Jurgen Klopp has warned his side not to expect their opponents to melt under the pressure. 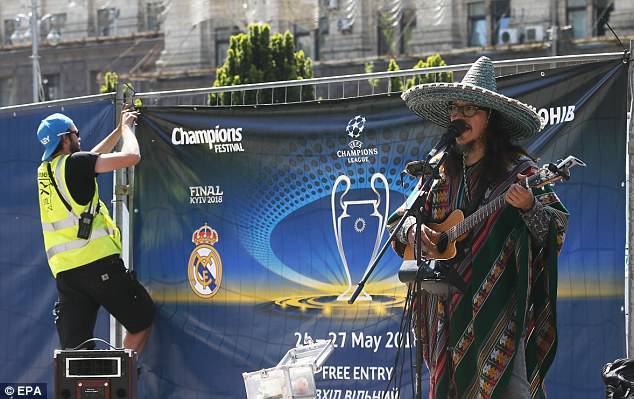 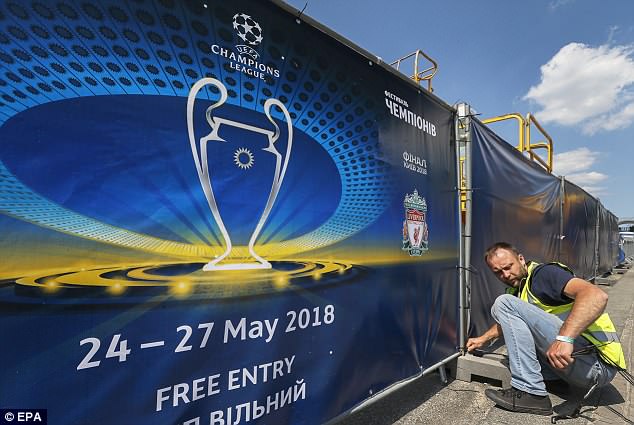 He told journalists this week: ‘They are cool as ice.

‘You have a chance against them and they are not bothered. It doesn’t affect them.

‘Have you seen them even one time, panicking because someone had a chance against them? Ice.’ 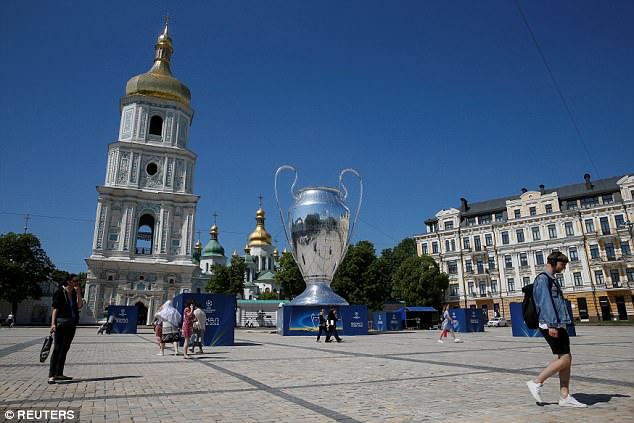