This week, the Champions League gets serious. Eight places in the knock-out rounds remain available, with 16 teams still in the hunt for them and one group game to go.

And with sides fighting for top spot and a seeding in the next round, as well as places in the Europa League to be decided, there is plenty to form a sub-plot, too.

Here, Sportsmail looks at the current state of each group and what to expect in the final round of fixtures.

HOW GROUPS ARE DECIDED

UEFA’s competitions rules state that, if teams are level on points, groups will be decided by:

a) Head-to-head record between teams level on points

United need just a point at home to CSKA Moscow to win the group and could lose by six goals and still make it through if Basle fail to win.

If they lose to CSKA and Basle don’t beat Benfica, United and the Russians qualify. First place would then be decided on their head-to-head record — Jose Mourinho’s men won the away leg 4-1.

Wins for CSKA and Basle would leave a three-way head-to-head to decide the top two with only a huge goal swing knocking United out — they would potentially need to suffer a seven-goal loss to generate this. Basle would likely join them in progressing.

Basle will make the last-16 if they win or match CSKA’s result due to a better head-to-head record. 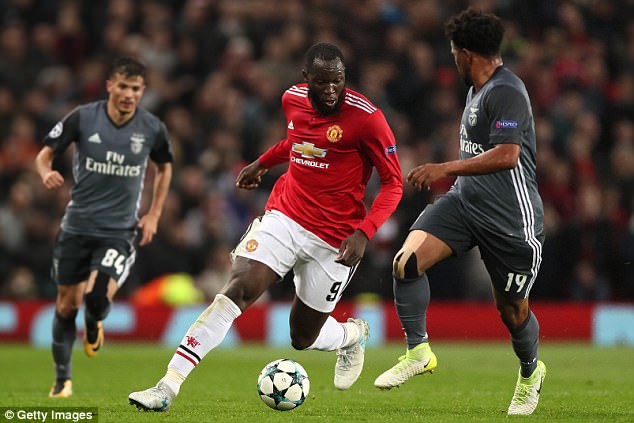 PSG and Bayern are both through but top spot is up for grabs.

PSG won the first game between the sides heavily at the end of September so the Germans need to win by four to take pole position.

Celtic and Anderlecht can still both finish third and anything better than a 3-0 defeat will be good enough to put the Glasgow giants into the Europa League. 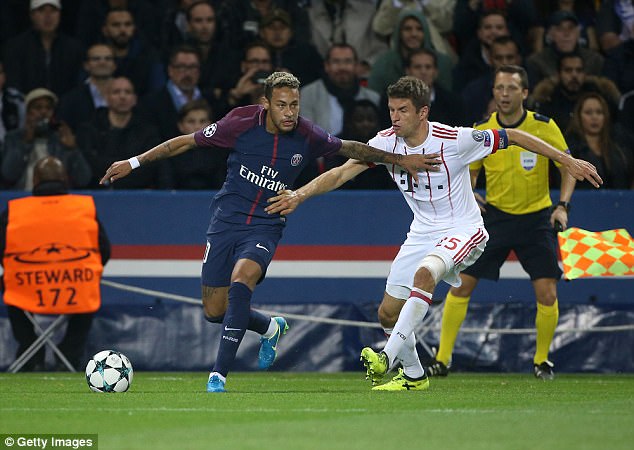 Chelsea are already through and will secure first place with victory or if Roma fail to win against Qarabag.

The Italians are through if they win or if Atletico don’t and top spot is within their reach if Chelsea slip.

Atletico need to win and hope Roma lose to finish second. If they both finish on nine points, Atletico will have the superior head-to-head.

Qarabag are rock bottom and out of all contention. 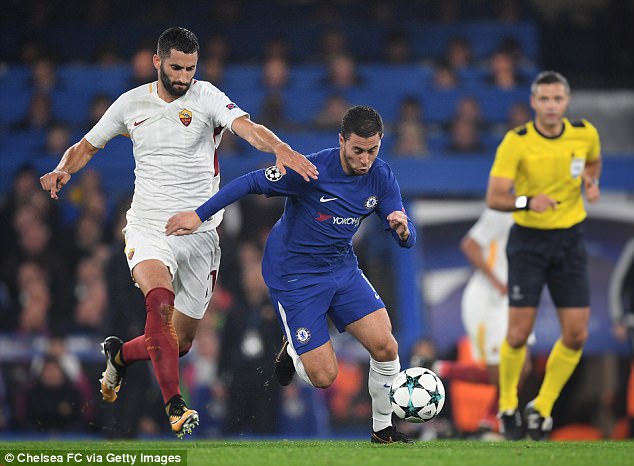 Barcelona have won the group and Juventus will follow them through if they win in Greece or if Sporting fail to win.

Juve can finish on the same points as Sporting and get through as they have a better head-to-head but the Portuguese triumph if they win and the Italians don’t.

Olympiacos remain rooted to the bottom regardless. 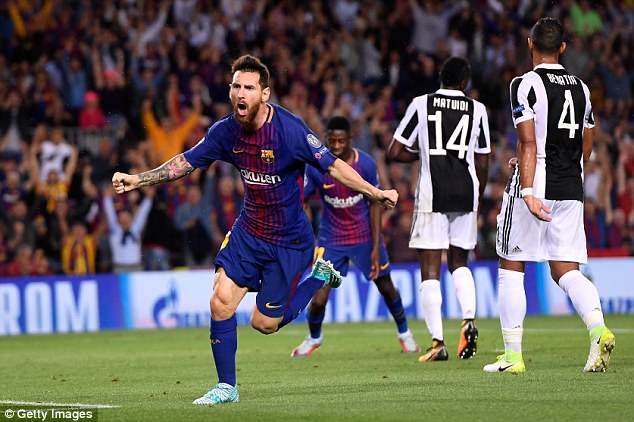 Liverpool will qualify with a draw and will clinch first place with a win. A draw will do if Sevilla fail to win.

If Liverpool lose they are out unless Sevilla are also defeated. Sevilla will qualify with a draw or if Spartak fail to win.

Liverpool risk losing first place if they draw as Sevilla could leapfrog them.

Spartak must win — any other result spells third place. If Spartak win they will finish top unless Sevilla also win. Maribor will finish fourth. 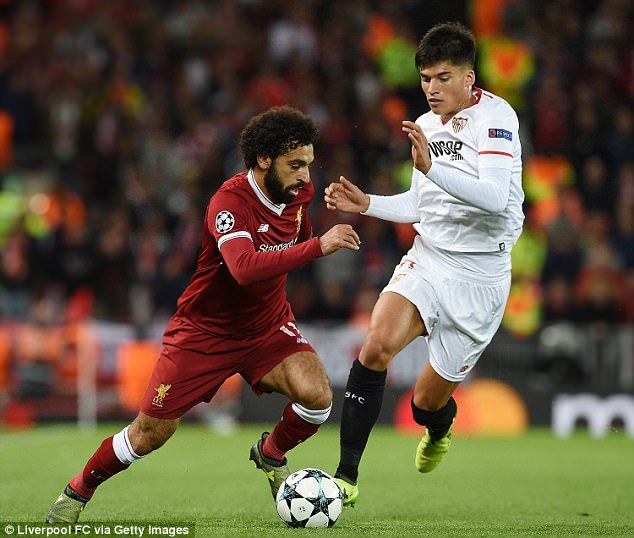 Man City have stormed this group and Shakhtar Donetsk will join them in the last 16 if they prevent Pep Guardiola from claiming a sixth straight win in Europe.

The Ukrainians will also be through if Napoli fail to beat Feyenoord.

A Napoli win paired with a Shakhtar loss would be good news for the Italians due to their head-to-head record. 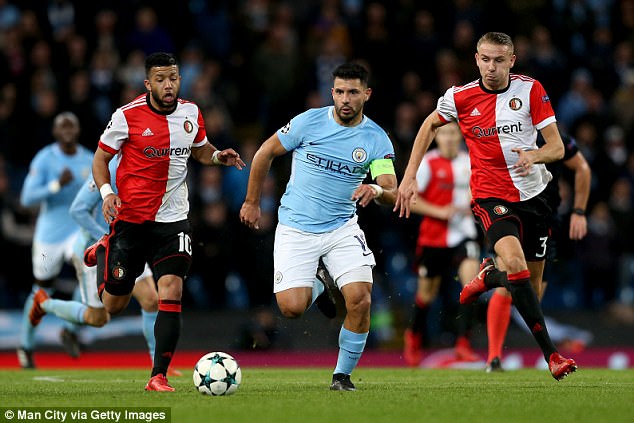 Besiktas aside, they’re playing for second place here with the Turkish club already through as group winners.

Porto will book their place if they win and matching Leipzig’s result will also be good enough due to a preferable head-to-head record.

Leipzig need to beat leaders Besiktas and hope basement-boys Monaco do them a favour in Portugal to leapfrog Porto. 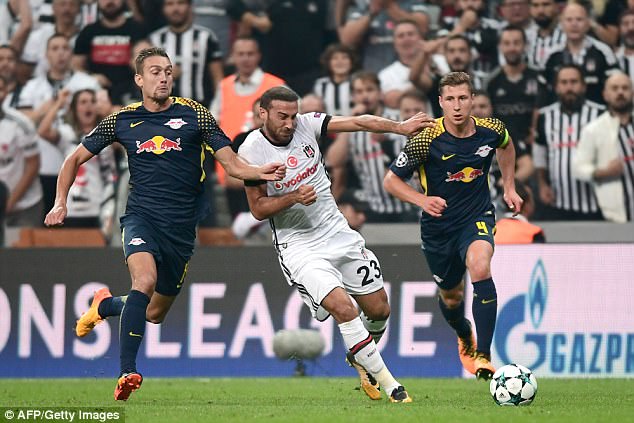 Tottenham have qualified as group winners due to their superior head-to-head over European champions Real Madrid — a draw in Spain and victory at Wembley — and both sides are through.

There’s little to choose between also-rans Borussia Dortmund and APOEL after two 1-1 draws between them — and it’s the Germans with vastly better goal difference.

Match APOEL’s result and Dortmund are through. 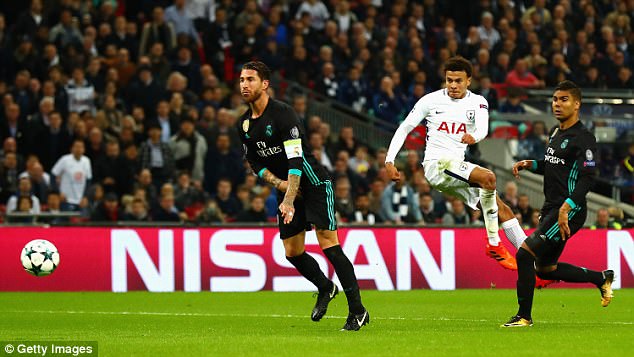