Ajax, who stunned Real Madrid and Juventus in last year’s Champions League, started this season with a comfortable home win against Lille on Tuesday night.

Ajax now stand at the top of Group H alongside Valencia, who beat Chelsea 1-0 at Stamford Bridge. 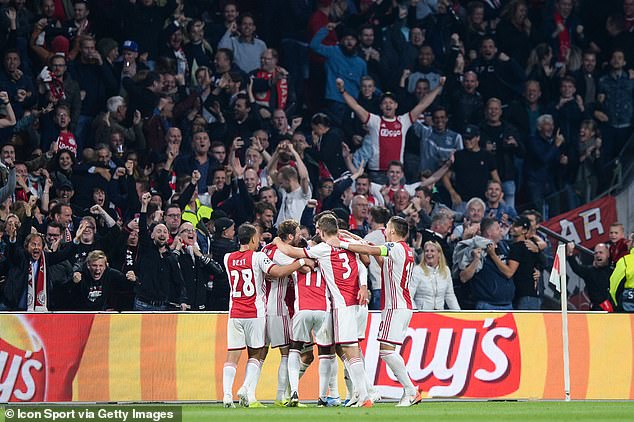 Elsewhere, the game with by far the most goals was in Austria, as Red Bull Salzburg put on a show with a thumping 6-2 victory against Genk.

Haland’s hat-trick makes him the third-youngest hat-trick scorer in Champions League history – the 19-year-old is only behind Raul and Wayne Rooney. 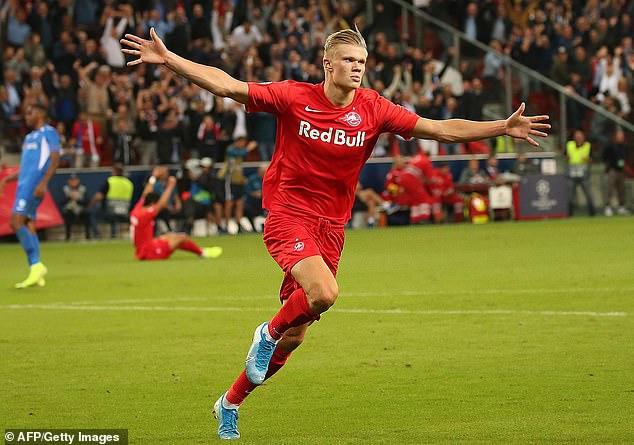 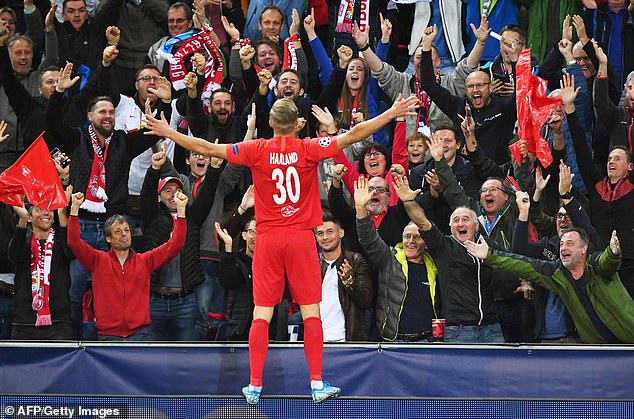 The second-half was a much more even contest with one goal apiece: Mbwana Samatta narrowed the deficit to 5-2 before Andreas Ulmer sealed a four-goal win and top-spot on goal difference for the Austrians in Group E.

In the early kick-off, Memphis Depay’s second-half penalty salvaged a 1-1 draw for Lyon at home against Zenit St. Petersburg.

Zenit took the lead through a goal from Serdar Azmoun in the 41st minute before Depay was tripped on the edge of the area by Magomed Ozdoev, who had just come on as a replacement for the injured Azmoun – the Dutch winger blasted his 50th-minute penalty into the bottom-left of the goal, leaving goalkeeper Andrey Lunyov no chance. 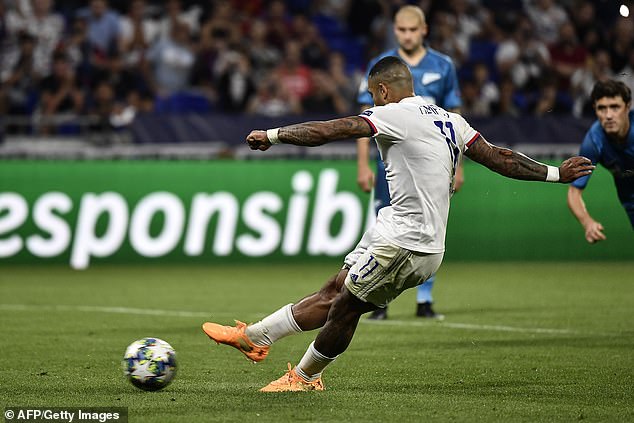 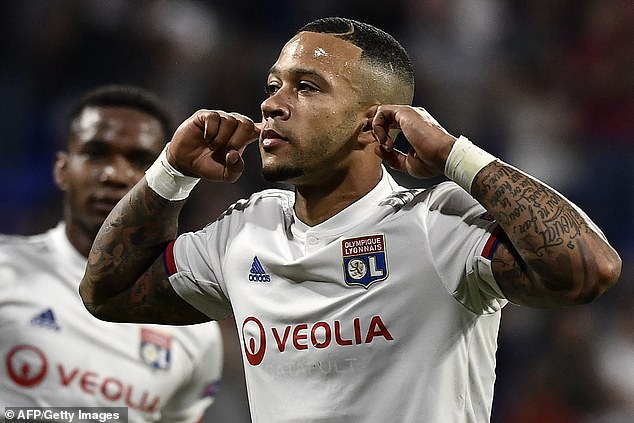 Depay, formerly of Manchester United, celebrates his equaliser at the Groupama Stadium

It was a frustrating night for Lyon, who had gone close with a header by Marcelo in the first half, and could have won the game in the second if Jeff Reine-Adelaide’s shot hadn’t gone narrowly wide.

Group G is widely considered the most open of this year’s Champions League, and also includes Benfica and Leipzig.

The German giants continued their impressive start to the season under Julian Nagelsmann as they won on the road against the Portuguese giants 2-1.

All the goals came in the second-half as Timo Werner grabbed a double and, despite Haris Seferovic’s late goal making the finale nervy, Leipzig held on for a crucial win and first place in Group G. 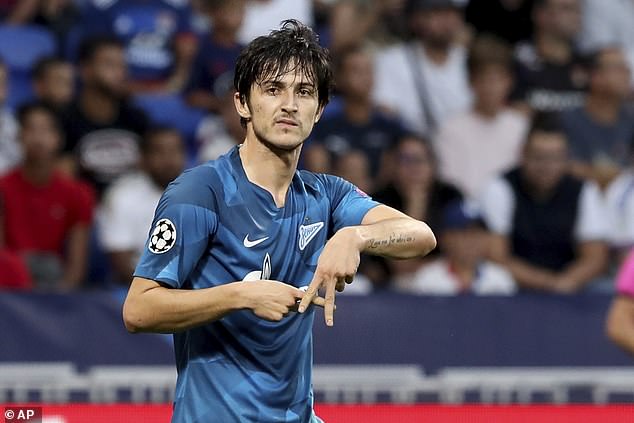 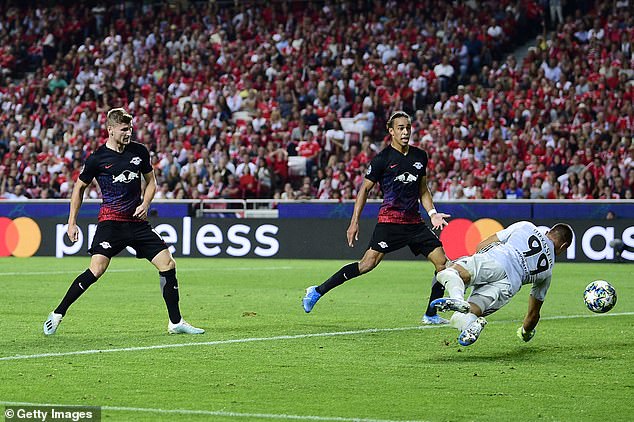