Sevilla trained in Spain as Nemanja Matic warned his Manchester United team-mates to be wary of their Champions League opponents.

Matic believes Vincenzo Montella’s side will prove to be a difficult test despite his team going into the last 16 tie as favourites.

The Serbia international has highlighted Sevilla’s former Premier League stars such as Jesus Navas, Steven N’Zonzi and Roque Mesa as players to keep a watchful eye on.

Swansea midfielder Roque Mesa, who is on loan at Sevilla, takes part in a running drill 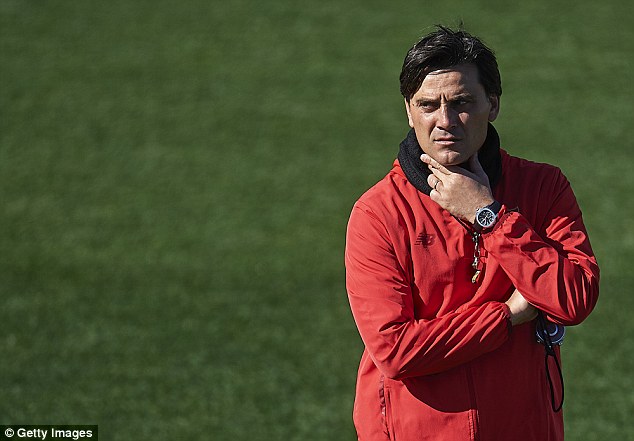 Vincenzo Montella looks on as his players are put through their paces in Seville, Spain 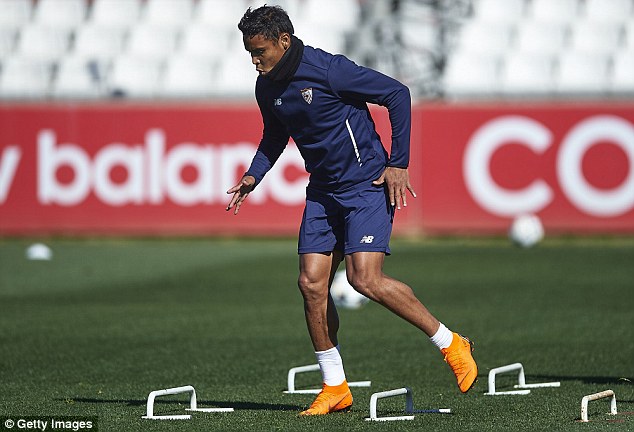 Matic, speaking to Manchester United’s official website ahead of the first competitive meeting between the two clubs, said: ‘They have a couple of players who have already played in the Premier League and for sure that is going to be better for them.

‘But we also have our qualities, which we will use.

Sevilla go into Wednesday night’s match fifth in La Liga but Matic insists his side will not be fooled by their underdog status. 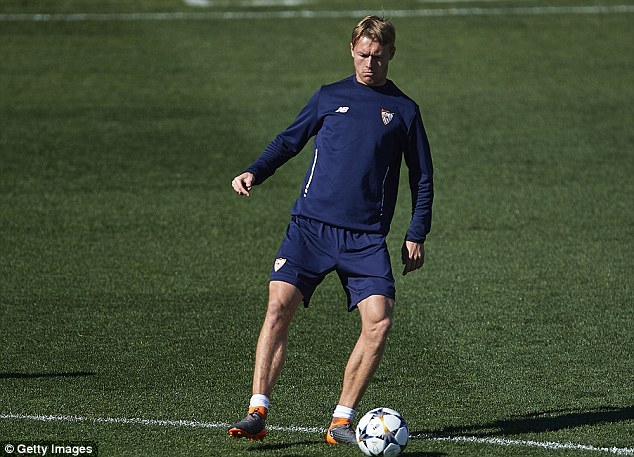 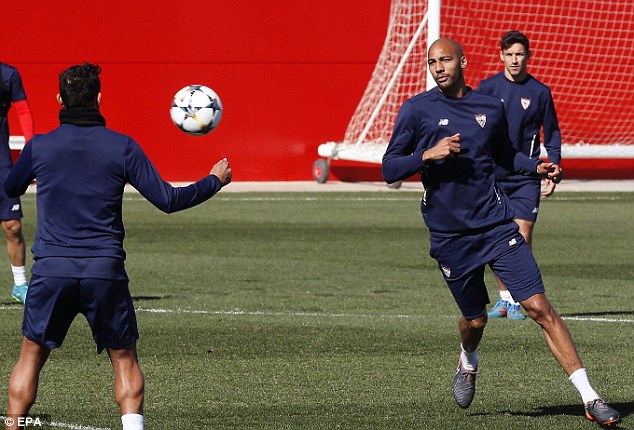 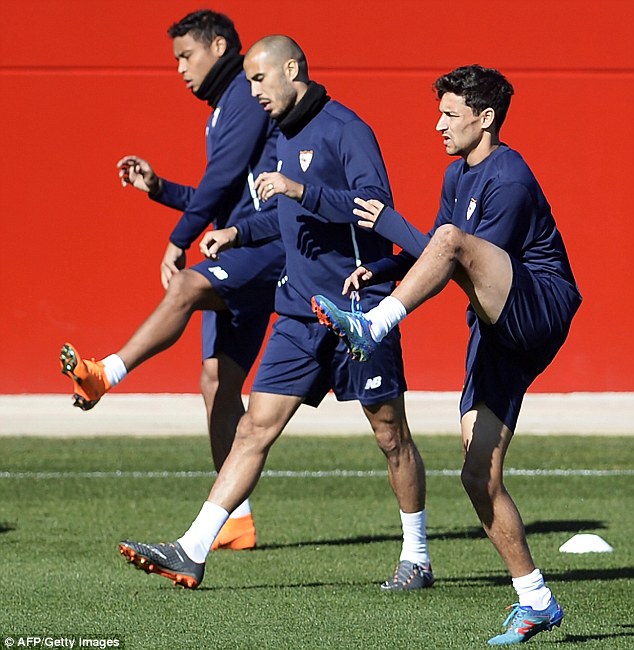 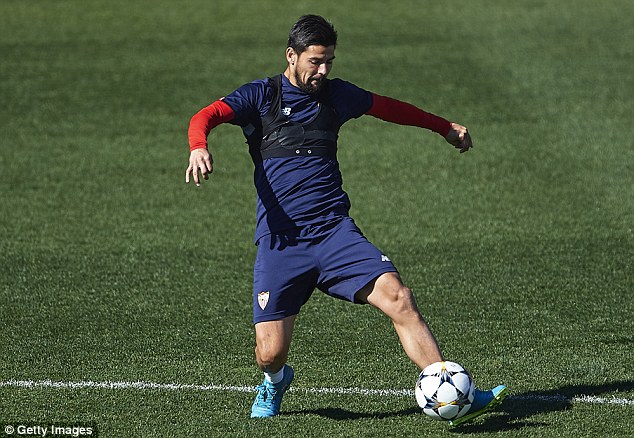 He added: ‘They are a very good team and especially at home, where they have great supporters who cheer them on for 90 minutes.

‘We are very happy to be playing in the Champions League again. Sevilla are a great team and this is a great opportunity for us to compare with them, and everyone is very happy that we have a chance to play against them. We respect them a lot, we know they are a very good team and I sure on Wednesday it is going to be a good game for the supporters.’

Manchester United will fly out to Spain at 3pm (UK time) and Jose Mourinho will address the media at 6:30pm. 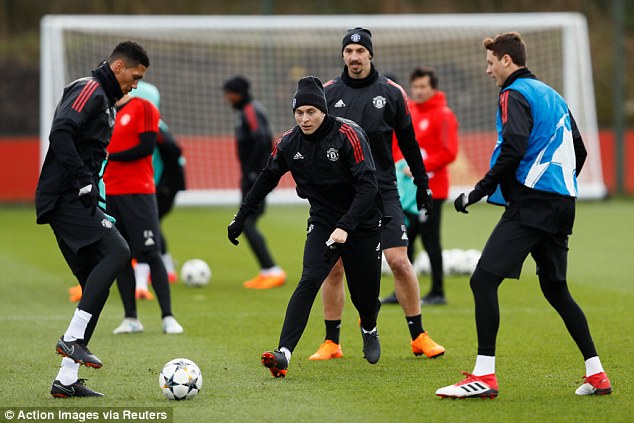