Nice and easy! A confident Steven Gerrard predicts a 2-0 Liverpool win over Real Madrid in the Champions League final… with the Reds legend and Aston Villa boss hoping for a ‘fantastic’ game as he watches them train at the Stade de France

For all the cagey talk surrounding Saturday night’s Champions League final between Liverpool and Real Madrid, one former Red is confident his old side will cruise to victory.

Steven Gerrard has confidently predicted that Jurgen Klopp’s side will beat Los Blancos 2-0 in Paris, posting a video message on the club’s official Twitter account.

Gerrard, who lifted the Champions League title with Liverpool in 2005, was filming from inside the Stade the France where he was in attendance for Liverpool’s final training session before the grand final. 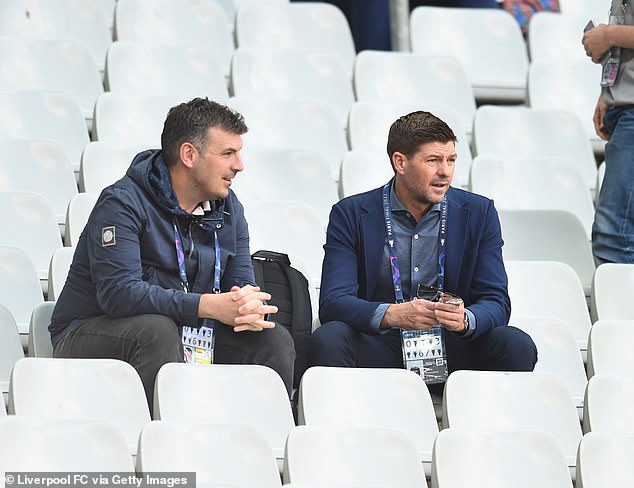 ‘You can feel the atmosphere building. I’d like to wish everyone at Liverpool the best of luck, and I hope they get the outcome that everyone wants,’ Gerrard begins.

‘I’m getting excited for the game and the fans are building up nicely outside the stadium.’

With it seeming like Gerrard would continue to offer the standard platitudes to his old club, the Aston Villa boss threw in a curve-ball at the end to put his reputation on the line in the prediction business.

‘Hopefully it’ll be a fantastic game and I predict a 2-0 Liverpool win,’ Gerrard finished. 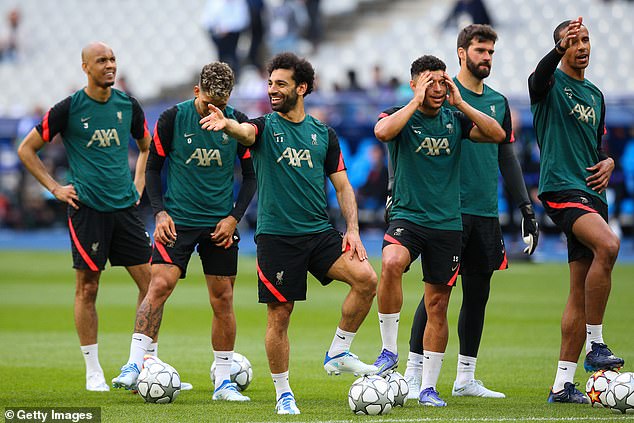 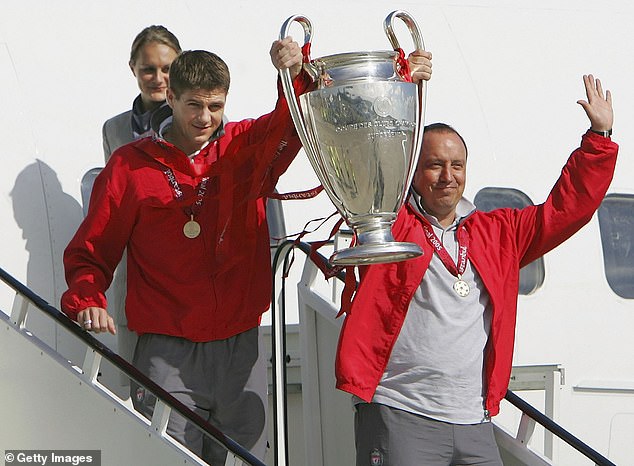 Predicting that Real Madrid won’t find the net at all is a risky business, given the route Carlo Ancelotti’s side have taken to the final, smashing multiple brilliant goals past the likes of PSG, Chelsea and Manchester City.

They also boast the Champions League top-scorer this season in Karim Benzema, who has an astonishing 15 goals in 11 games. Liverpool’s top-scorer in the competition, Mohamed Salah, has eight.

Liverpool have certainly been boosted by the news that both Thiago and Fabinho will be fit to play, and Gerrard is not the only one to have confidence in Virgil van Dijk and Joel Matip at the heart of the Reds defence.