The Melbourne Demons had a scare at preseason training on Monday as star premiership defender Jake Lever collapsed during a drill and required urgent attention from medical staff.

Lever fainted from exhaustion as the team were working through a series of gruelling drills at their Casey Field training base in Melbourne’s south.

The 25-year-old appeared groggy on his feet before losing his balance and falling to the ground in the 29C heat. 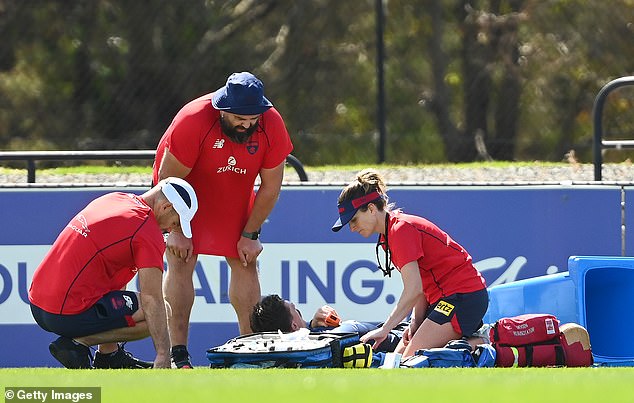 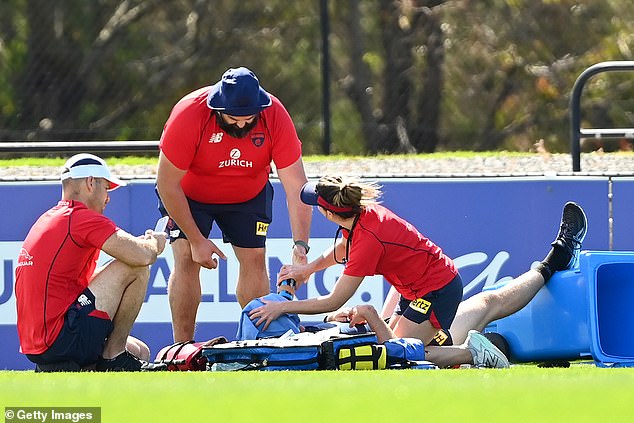 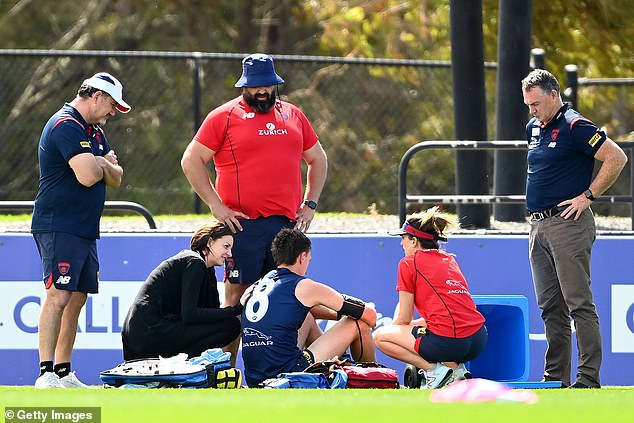 Worried medical staff, along with coach Simon Goodwin and head of football Alan Richardson, immediately rushed to his side asking if he knew where he was.

The defender stayed on the ground for about 20 minutes, taking in some water and trying to find his bearings.

Eventually, he was able to get to his feet unassisted and did not need to go to the hospital.

Club officials admit Lever may have overdone it, going ‘a bit too hard, too early’ on the first day back in training after a day of celebrations at the MCG on Sunday in which the Demons were able to belatedly hold a fans day to mark the end of their57-year premiership drought.

Covid restrictions delayed the club’s traditional post-premiership fan day, but the fans turned out in huge numbers on Sunday to meet and congratulate the players. 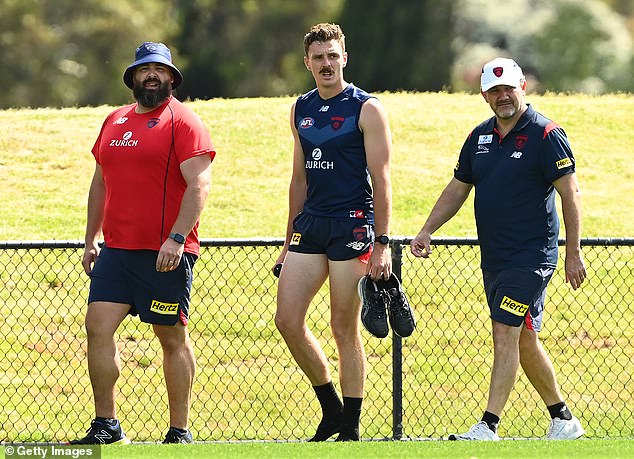 Eventually, Lever he was able to get to his feet unassisted and did not need to go to the hospital 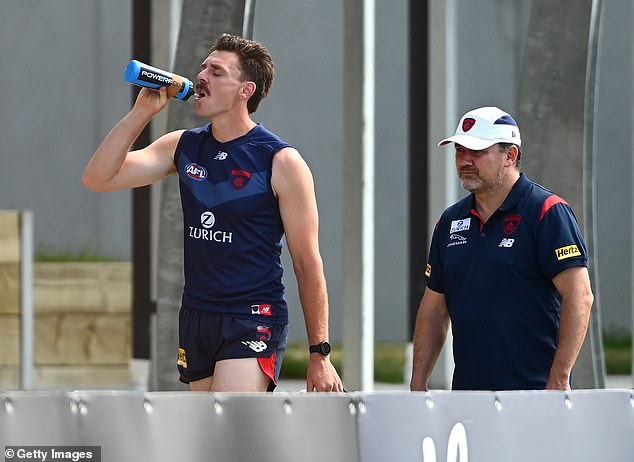 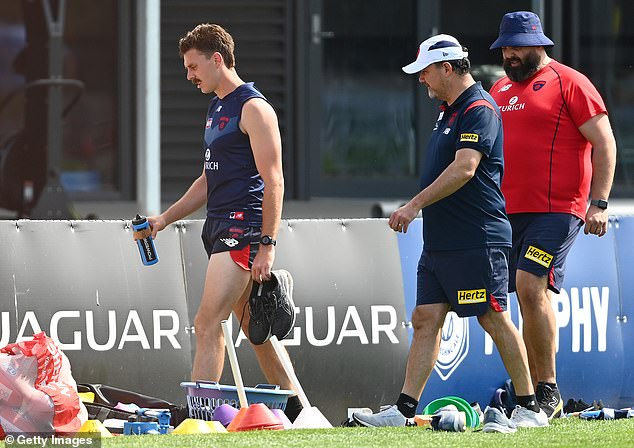 Club officials admit they may have overdone it on the first day back after an offseason full of wild celebrations, going ‘a bit too hard, too early’ (pictured, Lever leaves training)

Earlier in the day, new high-performance chief Selwyn Griffith put the team through their paces with a brutal running session designed to make sure players weren’t resting on last season’s success.

‘He (Griffith) wants to make his mark pretty early and he’s got us training really hard at the moment. There’s a bit of nervous energy about the (1km) time trials,’ Demons midfielder Jack Viney told Fox Sport on Sunday.

Several players were filmed breathing deeply and falling to their haunches in between sprints.

Lever was sent home to recover and officials said he was expected to make a full recovery, likely re-joining training on Tuesday. 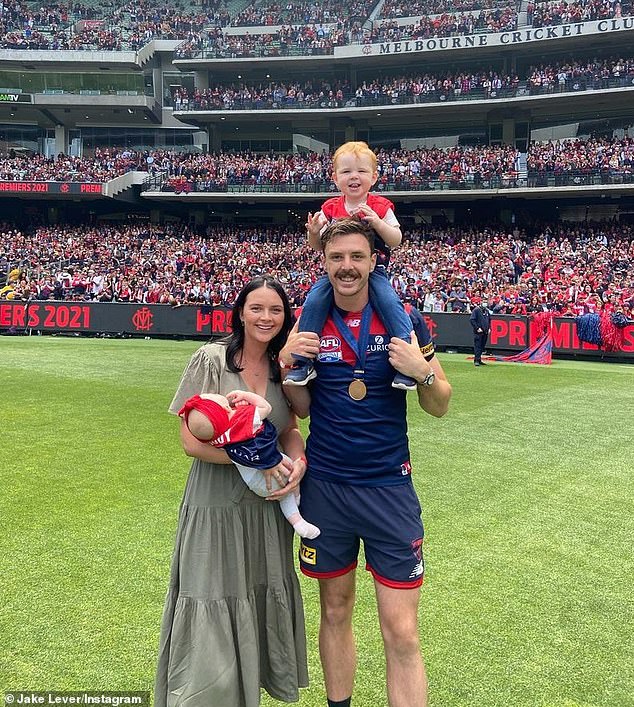