Heineken has come under fire for a recent commercial for its light beer that many, including Chance the rapper, are calling ‘terribly racist’.

Chance, 24, tweeted a clip to the commercial, which features a bartender sliding a bottle of Heineken’s light beer to a woman looking down sadly at a glass of wine.

The bottle passes a black man sitting at the bar, a black guitar player, and a black model before landing on the woman’s table.

Chance the Rapper has taken to Twitter to call out a recent Heineken ad, saying that a commercial for the company’s light beer was ‘terribly racist’ ‘I think companies are purposely putting out noticeably racist ads so they can get more views,’ he said in a tweet on Sunday that received nearly 10,000 likes

‘Sometimes lighter is better,’ the slogan reads as the commercial ends with the woman laughing along with two white men.

Chance took to Twitter to call out the Heineken ad on Sunday, bringing it to the attention of many of his fans.

‘I think companies are purposely putting out noticeably racist ads so they can get more views,’ he tweeted on Sunday.

‘And that s**t racist/bogus so I guess I shouldn’t help by posting about it. But I just gotta say tho. The ‘sometimes lighter is better’ Heineken commercial is terribly racist omg.’ 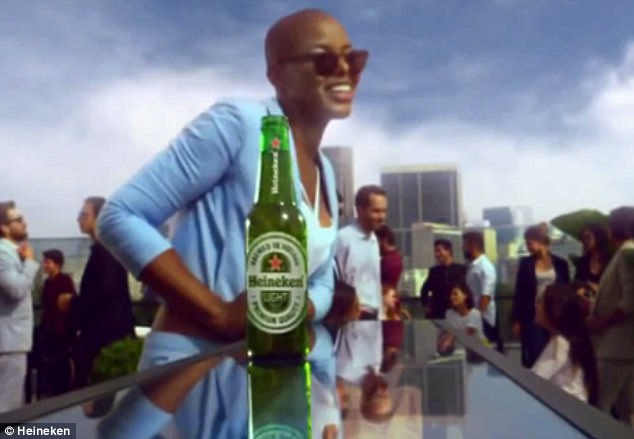 The Heineken ad follows the brand’s Light Beer as it travels past multiple people of color at a party, including this man at the rooftop bar 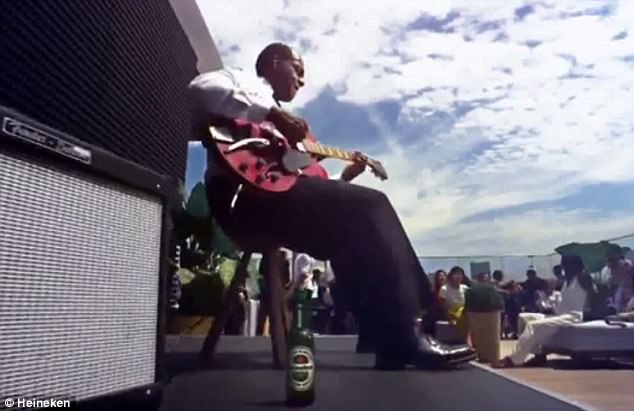 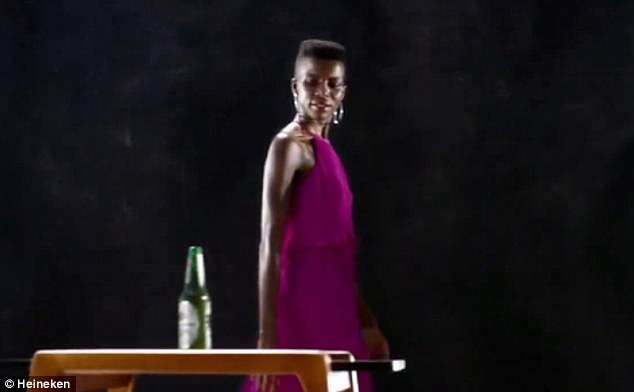 Chance told his followers that he wasn’t telling them to boycott or ‘go off’ on Heineken.

‘I’m just noticing how often it happens and I think they baiting consumers and tweeters and freelancers and s**t,’ he wrote.

Chance’s original tweet about the ad received nearly 10,000 likes, with some claiming that the rapper was ‘reaching’ with his take.

‘Naw, the focus is on the wine, not the people, my take on it,’ one user wrote. 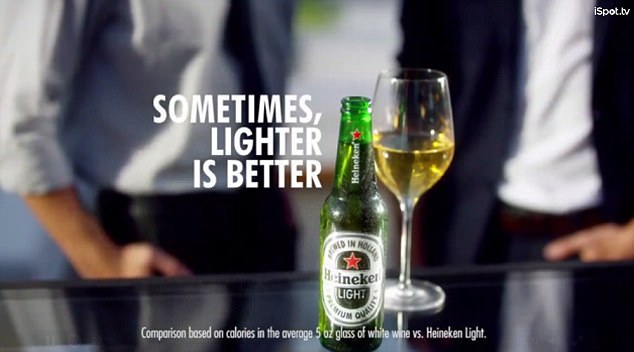 The bottle lands on a woman’s table next to her glass of wine and displays the slogan ‘Sometimes, lighter is better’ The ad then ends with the woman laughing with two men at the party, both of whom are white 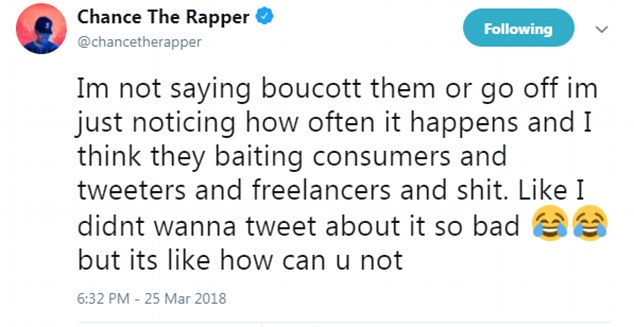 Chance told his followers that he wasn’t telling them to boycott or ‘go off’ on Heineken, but said he just wanted to highlight the ad

But many followers thanked Chance for shining light on the ad and some claimed they would never drink the beer again.

‘Wow…the beer oh so blatantly slides past the POC. Welp looks like I’m not drinking that trash anymore,’ one woman wrote.

‘I can see your point Chance. It’s the subtle and subliminal messages that do the most harm,’ another added. ‘This may be intentional, then again maybe not. Only the marketing team knows the true intent.’

‘What in the hell? You’re absolutely right. That was terrible,’ one fan wrote. ‘Watching the bottle pass all the black folks, into the arms of a white girl was painful.’

It appears the ad has since been removed from HeinekenUSA’s YouTube page.

Bjorn Trowery, a spokesperson for the company, told DailyMail.com that Heineken ‘missed the mark’ with the commercial.

‘For decades, Heineken has developed diverse marketing that shows there’s more that unites us than divides us,’ Twoery said in a statement.

‘While we feel the ad is referencing our Heineken Light beer – we missed the mark, are taking the feedback to heart and will use this to influence future campaigns.’