Buy-to-let landlords have been dealt a new blow in the Budget after the Chancellor abandoned plans to exempt ‘significant investors’ from the extra 3 per cent stamp duty charges and snubbed them in a capital gains tax cut.

From April, anyone purchasing an additional property will have to pay an extra 3 per cent stamp duty. But George Osborne used his Budget today to reject initial proposals that would have meant ‘significant investors’ – both companies and individuals – buying more than 15 properties were exempt.

This has removed the loophole that would have allowed buy-to-let investors to club together and buy  multiple properties through a company to avoid the extra tax.

And buy-to-let and second homeowners were also deliberately excluded from a big capital gains tax cut from 28 per cent to 20 per cent.

Landlords are already seething from the end of mortgage interest rate relief in 2017 and were prepped at the end of last year for an extra 3 per cent stamp duty charge applying to additional property purchases as of April 2016.

The Treasury snuck out a consultation on 28 December, that closed in February, and the policy set to be introduced in April was finalised today.

The initial consultation suggested there could be some respite for individual investors and companies buying 15 or more properties – the thinking being this being that these people boost the housing stock.

But the policy document today said the government had decided developments would remain attractive even without an exemption, although it acknowledged higher rates may have some effect on off-plan purchases.

This means any landlord, whether a company or individual, will be hit by the extra charges.

The document stated: ‘The government’s view is that the overall effect on housing supply is not material and housing developments will remain attractive for corporate investors as well as potential home owners.

‘The government has had regard to the significant support it is offering to the housing market more generally, for example through government-led schemes which are designed to support an increase in housing supply. The Private Rented Sector guarantee scheme offers significant support for investors in the rental market.

The Chancellor said receipts from the extra stamp duty would be put towards community housing trust projects where the lack of housing has had an adverse affect.

Landlords also had their hopes dashed that Mr Osborne had delivered a capital gains tax cut for profits they have made on properties. He said that CGT would be cut from 28 per cent to 20 per cent for higher rate taxpayers and to 10 per cent for basic rate taxpayers, however, he then revealed that residential property would be excluded from this. 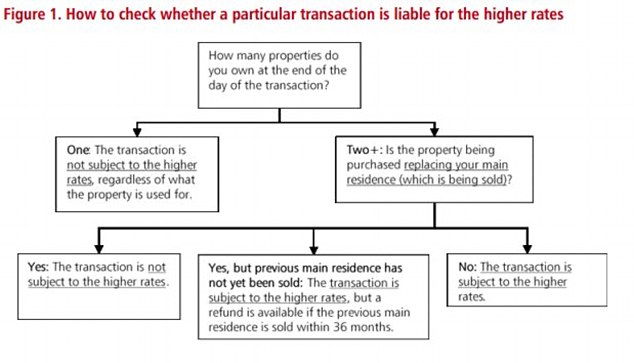 Will you pay more? Answer the questions in this Treasury flow diagram to find out

Will I have to pay extra stamp duty? The main residence test

Ultimately anyone owning a second property that isn’t their main residence and buying another, or replacing the one they don’t live in, is likely to get caught up in the changes.

This means if you already own a portfolio of buy-to-let properties, or have a second home, but plan to buy yourself a new home to live in and sell your old one then you will not have to pay the extra stamp duty.

It all comes down to how many properties you own and what your main residence is at the end of the transaction, as the Treasury chart below attempts to explain.

There were some alterations to the Chancellor’s original plans. Initially the Treasury had proposed allowing buyers to apply for a stamp duty refund if they sell an old property within 18 months. This aimed to help those who may hit delays in the selling process, have to move for work, or decide to bridge the gap when a chain falls apart

The time period has been extended to 36 months and will apply back to 25 November 2015, which is when the proposals were first announced.

This change will apply to those selling a main property and buying a new one at the same time. Also, if you had more than one property and disposed of your main residence, you would have 36 months to buy a new one before the additional stamp duty is charged.

The consultation treated married couples as a unit in purchases, meaning you couldn’t get your husband or wife to purchase a property in their own name to avoid the extra charges.

The Chancellor has made one change where married couples who have separated and are living separately permanently but not divorced will be exempt from the extra charges. 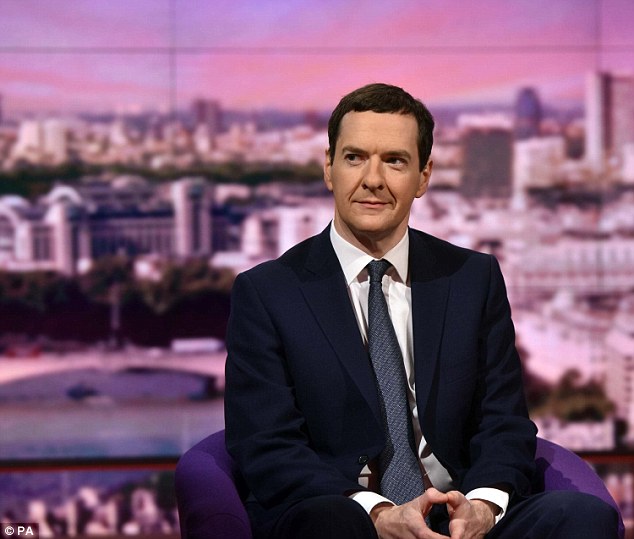 What does this mean for landlords and additional property owners?

This gives them a total bill of £7,500. So a landlord would end up paying five times more than a private purchaser in this example.

It is not just landlords that will be hit but anyone owning a second home.

This could be parents buying a property for their children or a couple purchasing a home together where one is already a homeowner.

TIPS, TOOLS AND HELP FOR LANDLORDS