Changes to school start and finish times in NSW

Huge change to school start and finish times coming to Australia’s biggest state as part of an effort to help working parents – so is it time to kiss 9am to 3pm goodbye?

A new government trial will see alternative operating hours introduced to some NSW primary schools, including 7am to 1pm patterns.

NSW Premier Dominic Perrottet has previously flagged a possible overhaul of the standard 9am to 3pm school day in order to give busy families more flexibility.

The eight schools participating in the trial will work with local organisations and sporting clubs to provide activities for students outside the usual hours of 9am to 3pm.

The trial, set to kick off in terms three and four, will not alter teaching hours. 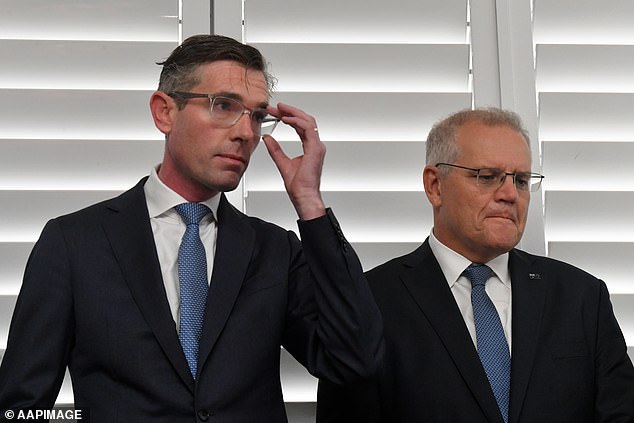 Mr Perrottet said the overhaul would lighten the load on busy families who could relax knowing their children were enjoying extra-curricular activities.

‘We know it can be a challenge for families juggling the competing demands of work and family life around standard school hours and this pilot is about exploring options to help with that,’ he told the Sydney Morning Herald.

‘We want to offer greater support and comfort to parents, knowing that their kids are safe and happy taking part in a homework club in the school library, a dance class in the school hall or soccer practice on the school oval.’

In June last year the NSW government staggered the start and finish times of public schools as part of a push to modernise the traditional school day and reduce traffic.

The bold plan allowed schools to participate in trials where principals could offer parents options that differed from the standard 9am to 3pm hours.

Alternatives include a 7am to 1pm day, or extended after-school care.

A school in Sydney’s south-west has already shifted to earlier operating hours in an attempt to make students more focused in the classroom.

Merrylands East Public School changed its hours to 8am and 1.15pm with no lunch break a decade ago. 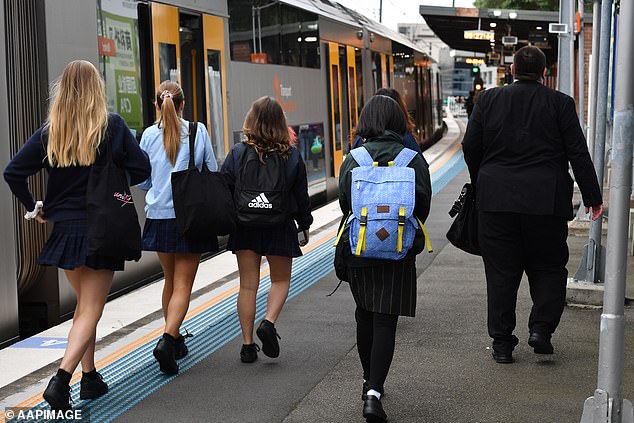 Mr Perrottet has similarly blasted traditional school hours and told reporters in February the 9am to 3pm school day belongs ‘in an archaic period of time’ (pictured, students in Sydney)

Edmund Rice College near Wollongong has shifted to similar opening hours to give its students time in the afternoon for after-school activities and part-time work.

NSW Education Minister Sarah Mitchell said the school day was already being altered to better fit the busy lives of students and parents.

She said schools around the state were putting on breakfast clubs, study groups and co-curricular programs outside the hours of 9am and 3pm.

‘The reality is that the traditional school day, like the 9 to 5 workday, is a 20th century concept which may not be the best model for 21st century families, schools and the community,’ Ms Mitchell said.

The education minister added that the pilot would give the department a better idea of what schools were already doing, and how this could be implemented elsewhere.

Mr Perrottet has similarly blasted traditional school hours and told reporters in February the 9am to 3pm school day belongs ‘in an archaic period of time’.

WHAT THE SCHOOL DAY LOOKS LIKE AROUND THE WORLD

France – School days go from 8am until 4pm on most days, but students get Wednesday afternoons off.

Students must also go to school for a half-day on Saturday.

Japan and Spain – Students get long lunch breaks so they can eat at home with their families.

Brazil – Students can go to school either from 7am to 12pm or from 1pm to 6pm.

They take about five classes a day, each lasting 50 minutes – and have a 30 minute break.