Changing Roles: What Roles Do Police Play for Mental Health of the Criminals? 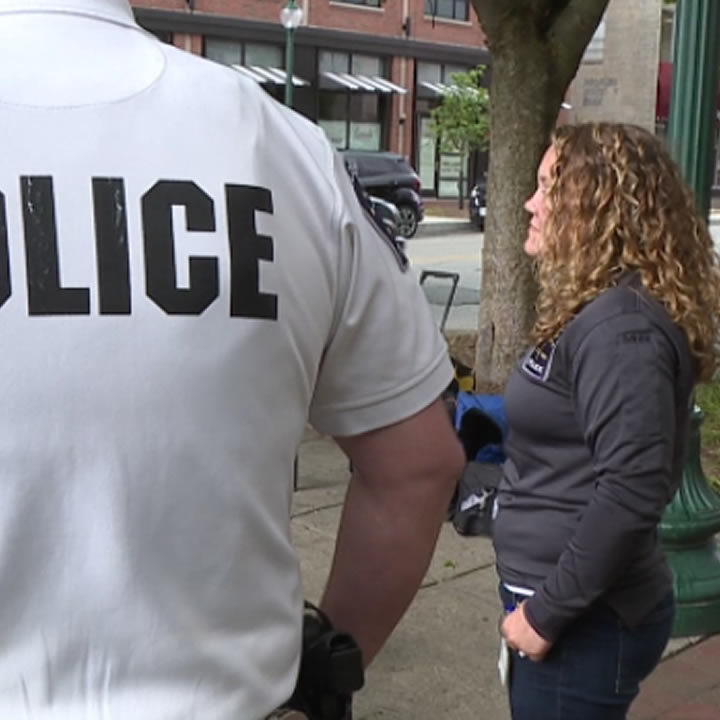 Over the years, we’ve witnessed that mental illnesses are frequently associated with violence. When a case gets resolved, the motive is a hidden mental illness or a rationale that evolved to become a mental health issue over time. It’s also resulted in us being terrified of being harmed by a person suffering from mental health complications. Often, there is no way to tell what’s going on in the heads of the people around you unless you’re a professional.

40% of the time, when the police interact with an individual with a mental health condition, it’s for non-criminal objectives. A person may demonstrate unusual behavior on the street, making the people around them uncomfortable. These people will call for help.

In a situation like this, sending the medical or fire department is impractical. Therefore, the police department is sent for help. They assess the individual and call for the relevant people to assist. So the question is, are the police trained or qualified to assist people with mental illnesses?

The most significant barrier that police officers face while solving crime is communication. Criminals with mental health complications are challenging to communicate. To unravel what’s going on in their mind, social workers work in collaboration with the police to get things done.

So, what exactly is the job of a police social worker? The police perform a variety of social work to maintain the welfare of society. When adequate funding is available, they employ people from social services to assist them. These individuals provide services in juvenile crime, child abuse, mental health, domestic violence, substance abuse, etc.

Additionally, they also provide mental health and consultation services to ensure the wellbeing of police officers and their families. Continue reading to fully understand the roles and responsibilities of police towards the mental health of criminals.

The Responsibility of First Responders

The police personnel is usually the first responders in most emergencies. Being unable to assess or manage the mental health of a person going through a crisis can leave everyone around them vulnerable to tragedy, even the police. In the United States, more than 700 people die during police confrontations every year. Around 200 of these are people with mental health conditions. The lack of experience with handling a situation of this sort leads to the wrongful demise of these people.

There’s no denying that people who’ve developed mental health problems have undergone a difficult past. They’re undeniably terrified. Encountering police officers who start cross-questioning will only terrify them even more. A regular person who happens to see a police officer approaching them will be petrified too regardless of having mental health issues or not.

That’s the kind of negative connotation we associate with the police due to years of their thug-like work ethic. To combat this difficulty, social workers now work directly or in collaboration with police officers. They provide services as first offenders and assist with introspections to ensure better communication.

While previously it was very casual of police officers to lie to criminals and offenders to obtain a confession, it’s not how most do it today. They could tell them a witness saw them at the crime scene to pressurize them into confessing and it does work most of the time.

However, justice systems today are realizing that lying can jeopardize the defendant’s legal rights. While lying to obtain confessions is still lawful, it is not fully supported today. Instead, police officers are being trained to negotiate with the defendants without putting extra strain on their already boggled minds.

Criminals are usually angry and distraught. Hence, they’re least willing to communicate. Summoning police social workers for the job is an appreciated practice. People who understand what’s going on in your mind will also know what kind of outcome you’re expecting out of a certain situation. This way, it’s easier to communicate and convince. Better communication can result in better deals in the favor of both the defendant and the justice system.

Counseling During a Suicide Watch

Oftentimes, criminals don’t have anything to lose. That’s why they commit crimes in the first place. They don’t have future goals. If they end up in jail, they really don’t have a future too. So instead of living their lives as prisoners, they deem it more practical to end their lives once and for all. Suicides are a very common practice for criminals to escape the hell that prison is.

It happens when they have nowhere to go outside of prison. It’s common in cases where the family abandons, or their guilty conscience keeps haunting them. It’s obviously not fair to let criminals escape without completing their rightful sentence. It also puts an awfully big question mark on what exactly happens behind those bars. Therefore, the police are responsible to ensure that criminals do not end their life under their supervision.

Typically, suicidal inmates are placed in special cells where there are no harmful objects like bedsheets, trays, etc. They’re given paper gowns to prevent using their own clothes for hanging themselves. In history, this would’ve been enough to prevent suicide in prison.

Today, police officers are appointed with suicidal prisoners to calm them down and talk them out of suicide. Thinking about it makes it seem like a lot of work for thick-skinned police officers. Police officers today are receiving crisis intervention training and other tactics to avoid such situations. Police social workers are also well-qualified to prevent suicide. In some other cases, police appoint another inmate to talk one out of suicide.

Traditionally, countless lives have been lost at the hands of the police during inaccurate criminal assessments and the inability to handle the situation. Frequently, these situations involved an individual undergoing a mental crisis. Obviously, a person with mental health issues will put everyone around them to risk.

However, that does not justify shooting them when a situation gets out of control. Police officers today are obtaining the rightful training to assess and manage similar situations. They are also collaborating with social services for additional assistance.