A news editor at a major Australian network has dressed-up as Nazi dictator Adolf Hitler and performed ‘Zig Heil’ salutes at colleagues in a bizarre protest against coronavirus restrictions.

The man, who Daily Mail Australia has chosen not to name, had his hair parted to one side and sported a the distinctive moustache worn by the Nazi monster. 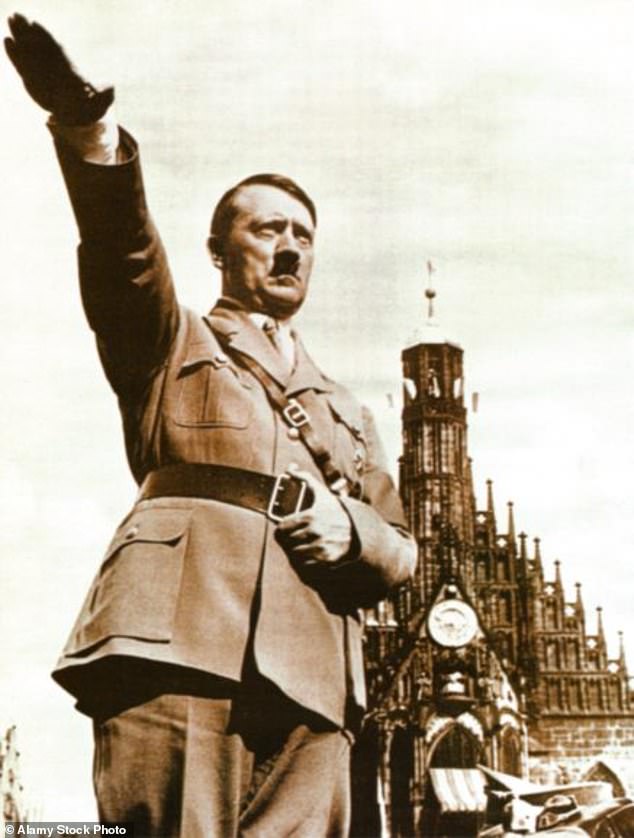 Nazi dictator Adolf Hitler performs his ‘Zig Heil’ salute. A Channel 10 editor believed it would be a laugh to dress up like him and go to work 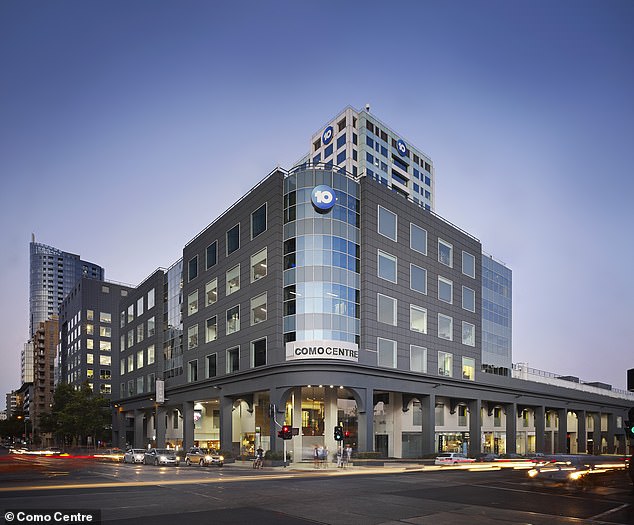 Sources have told Daily Mail Australia that at least one high-profile presenter was so terrified upon seeing the news editor that she fled the building.

Others could hardly believe their eyes as the freelance news editor proudly performed the Nazi salute.

On Tuesday, Channel 10, which is American owned by CBS , continued to back the news editor, who it continues to employ on a casual basis.

‘On one occasion in April, the appearance of a casual staff member raised concerns among some staff,’ she said in a statement.

‘While no offence was intended, coming to work dressed in a way that upset other staff members is not acceptable.

‘The matter was formally addressed with the individual on the day. He has not since presented or conducted himself at work in a manner that has led to any further complaints. Network 10 reserves all rights.’

Chairman of the Anti-Defamation Commission – Australia’s leading civil rights organisation – Dr Dvir Abramovich said the act could not be defended.

‘The face of pure evil has invaded the workplace of modern day Australia, and although some may try dismiss or minimise this indefensible and indecent act, here is nothing that can be said to justify this repugnant display of antisemtism,’ he said.

Daily Mail Australia has been told the editor came to work dressed as Hitler in a bizarre protest against Victorian Premier Daniel Andrews’ COVID-19 lockdowns.

It was a day after one of Melbourne’s biggest hospitals revealed a COVID-19 cluster in its cancer ward had claimed the life of a third patient, bringing the then national toll to 24. 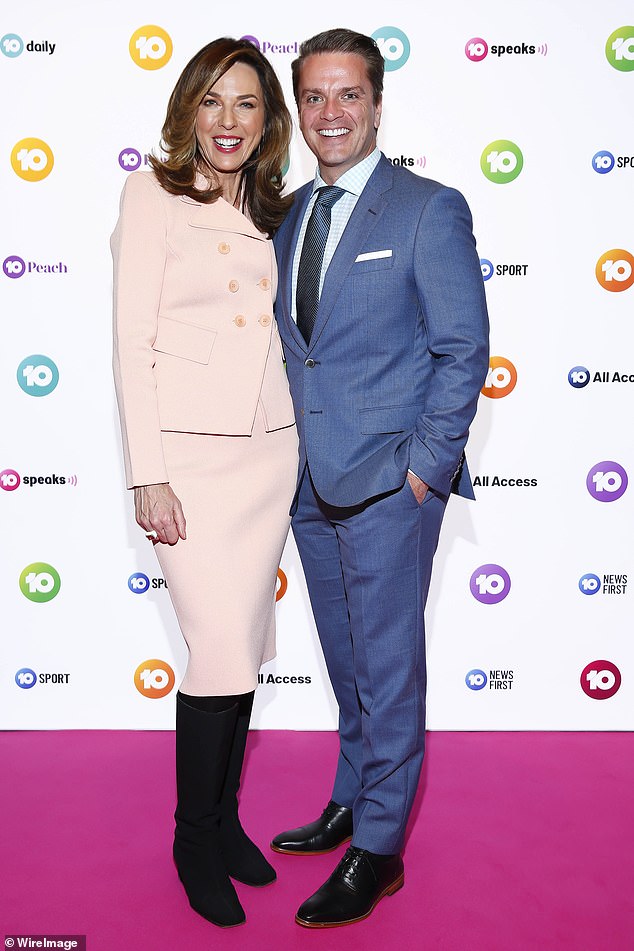 Channel 10 news presenter Jennifer Keyte (left) and Michael Felgate during the Network 10 Melbourne Upfronts 2020. Keyte is based in the Melbourne office

2005: Prince Harry was forced to apologise after his appearance at a fancy dress party dressed in a Nazi costume complete with swastika armband

2011: A British MP who went to a bucks party where guests dressed as Nazis was sacked

2013: A boy was sent home from a Staffordshire school after his Hitler costume was deemed inappropriate for a second world war fancy-dress day

2019: Furore erupted when a group of young people dressed up as Nazis and went shopping at a Coles supermarket in Melbourne

2020: A man dressed as Adolf Hitler caused anger as he rode around in the sidecar of a Nazi-era motorcycle during a weekend festival in Germany

A BP refinery worker in Australia was sacked for parodying the company in a well-known Hitler meme. He later won his job back in court

He returned the next day as though nothing had happened.

‘He was protesting us becoming a communist state or some kind of s**t.’

Shocked staffers within the Melbourne office said their complaints to management about the man’s behaviour had been ignored.

‘How a freelancer can turn up at a place of employment dressed as a Nazi and be allowed to waltz back in the next day like nothing has happened is beyond me,’ an insider said.

The editor has worked practically full-time within the Melbourne office over the past two years and has earned praise from managers due to his quick turnaround of breaking news reports.

Daily Mail Australia has been told Channel 10’s Melbourne operation manager Nick McKenna was made fully aware of staff concerns about the editor.

‘He should have made sure he never came back,’ an insider said.

The editor appears to have weathered the initial storm and continues to carry out regular work at the network.

Instead, management at the network’s Sydney head office has conducted it’s own investigation into who leaked the matter.

‘A witch hunt is on for the whistle blower,’ a source said on Monday. ‘So they wanna sack people for calling out a Nazi.’

Daily Mail Australia has also received a letter from Channel 10 threatening legal action should it publish this article.

Dr Abramovich said the Jewish community was owed an apology by Channel 10.

‘This not Nazi Germany, and I am sickened to the stomach by this beyond obscene incident which will shock the conscience of every person,’ he said.

‘Make no mistake: there is nothing funny or amusing about dressing up as brutal monster responsible for the extermination of six million Jews and millions of others, including 1.5 million children. 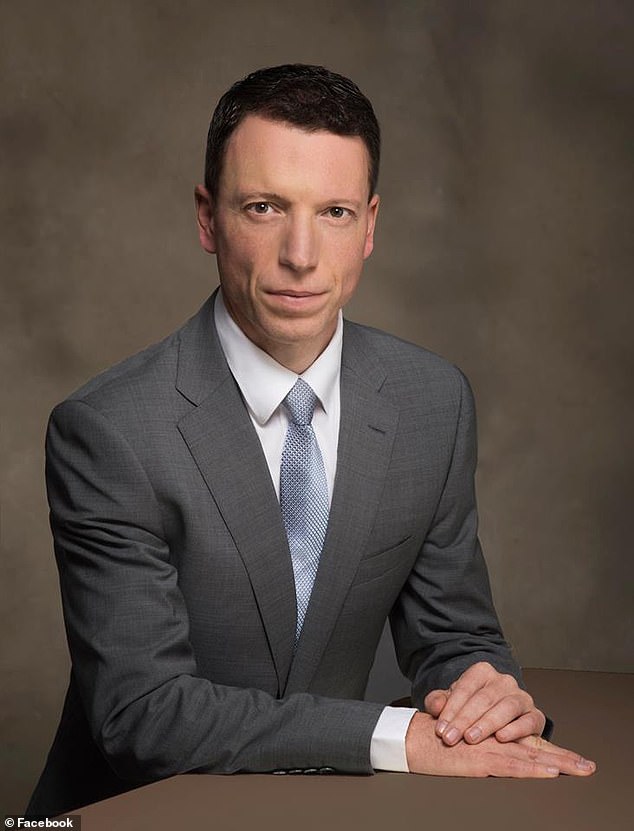 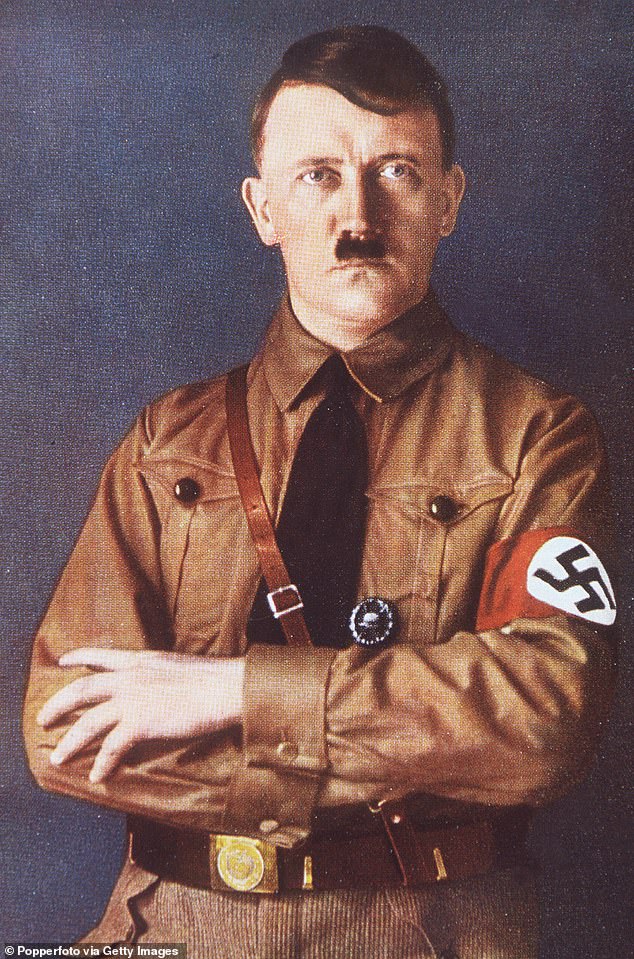 Nazi dictator Adolf Hitler is estimated to have murdered about six million Jews during World War II. A Channel 10 employee thought it would be a laugh to dress up as him and come to work

‘This individual crossed so many red lines that I stopped counting, and they should pay a heavy price for this immoral act which is spit on the grave of every digger that died to defeat Hitler, as well as a kick in the guts of Holocaust survivors living amongst us.’

Dr Abramovich said it ‘beggared belief’ how anyone could show up for work dressed as ‘history’s most evil monster’.

‘At a time of escalating antisemitism in our nation, this vile worship and celebration of Hitler will be rightly viewed by many as an endorsement of violence and murder, and a call for a world without Jews,’ he said.

‘In dealing with this chilling incident and with this employee, I call on Channel 10 to do some serious soul searching, to reflect on the values that guide them and to do the right thing. We are all owed an apology.’

Ms Huppert described the network’s response as ‘unusual and unexpected’.

‘I’d be very disappointed that an employer wouldn’t see that this would be offensive to other people and the workplace,’ she said.

‘It trivialises history and what Nazis did,’ Ms Huppert said of the supposed political protest.

Just last month, Channel 10 was quick to call out a ‘disturbing and inaccurate’ article that made a racist and false attack on Waleed Aly. 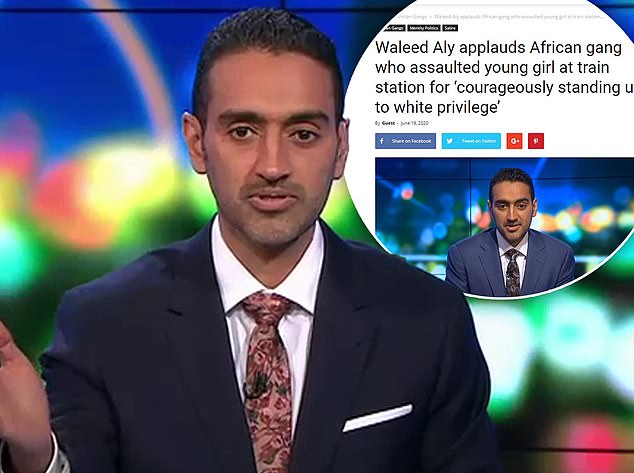 ‘There is not one ounce of truth to this report. It’s a complete fabrication under the guise of ‘satire’ and it’s abhorrent,’ The Project tweeted at the time.