A spectacular seaside property that appeared on TV’s Grand Designs has emerged for sale for £3.95m just three years after it was completed.

The cutting edge house cost Bram and Lisa Vis £3m to build and the couple had to take out 11 loans to finance it.

They have now put the luxurious six-bed property on the market as they look for another development project elsewhere. 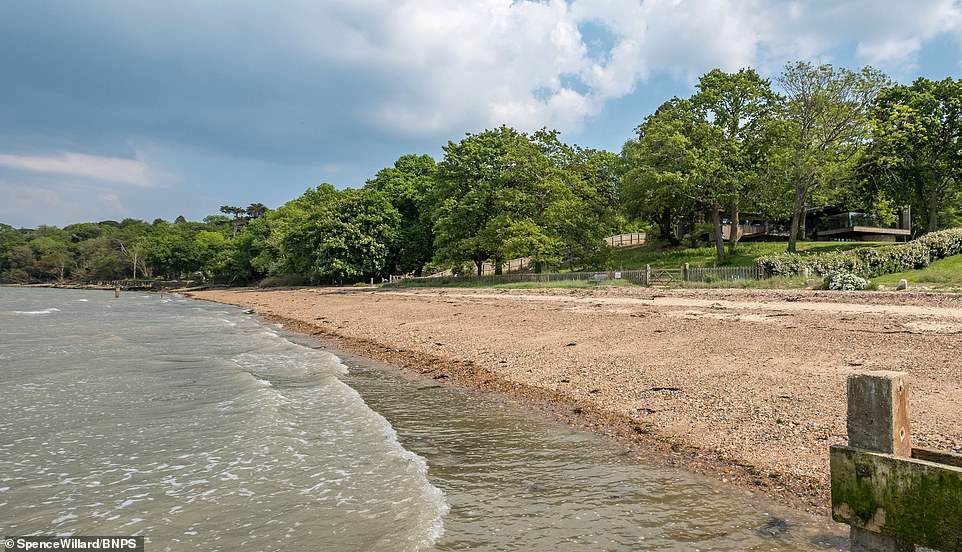 The ultra-modern home, called Fairways in the coastal village of Quarr, Isle of Wight, has stunning sea views across the Solent.

It has its own private beach and also has a heated swimming pool and jacuzzi.

Clad in stone and timber, it appears to be floating above the grassy surface.

Inside, there is an open-plan kitchen-living area which has full height glass walls giving views over the gardens, beach and sea.

The rest of the ground floor consists of a sitting room with a curved glass wall, two separate studies and two double bedrooms both with views over the beach, dressing areas and en-suite bathrooms. 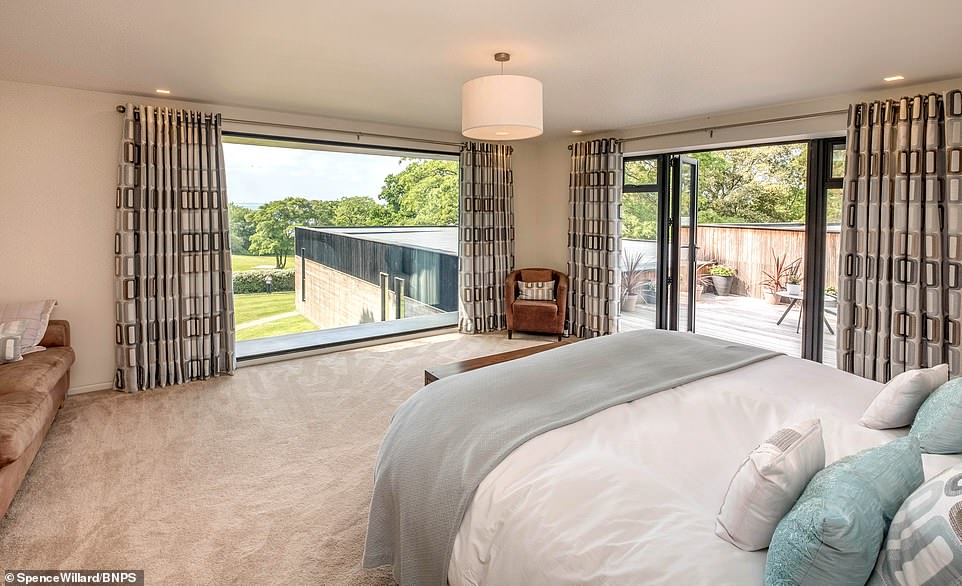 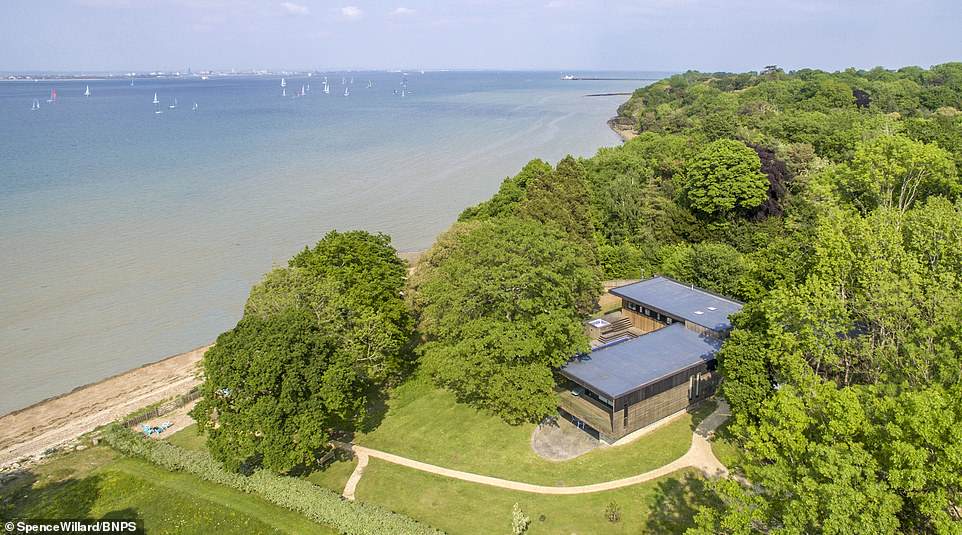 The home even has a basement which features a games room, laundry room and three further bedrooms 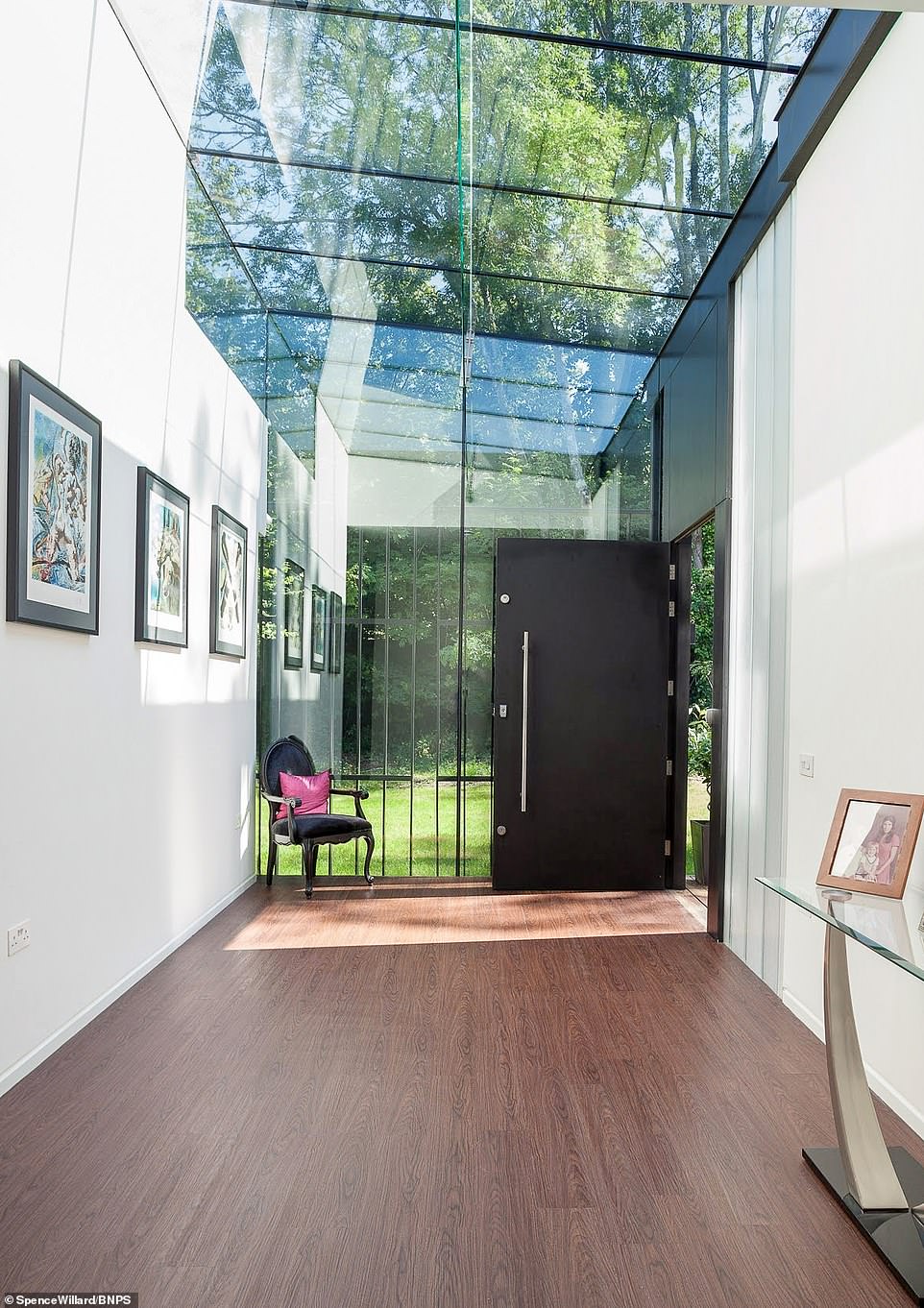 The stunning property makes the most of any natural light with large windows, including this glass covered hallway

Upstairs is the master bedroom suite, which includes a roof terrace, a dressing room and an en suit bathroom including a waterproof TV.

The basement houses a games room, a laundry room and three further bedrooms.

The estate agents selling it say the building has been a dream home for the couple and their two children since it was completed in August 2015, but they feel the time is right to move on.

The family are now hoping to conduct another project – albeit on a slightly smaller scale.

Charles Spencer, of estate agents Spence Willard, said: ‘The owners have loved being in the house for the last few years but I think now they quite like the idea of another, probably smaller, project.

‘The views looking out over the Solent are spectacular and a real USP for the property, with the outside sitting areas perfect for enjoying them.

‘It’s a wonderful house but unique properties like this can often take a while to find the right buyer and often take people by surprise. 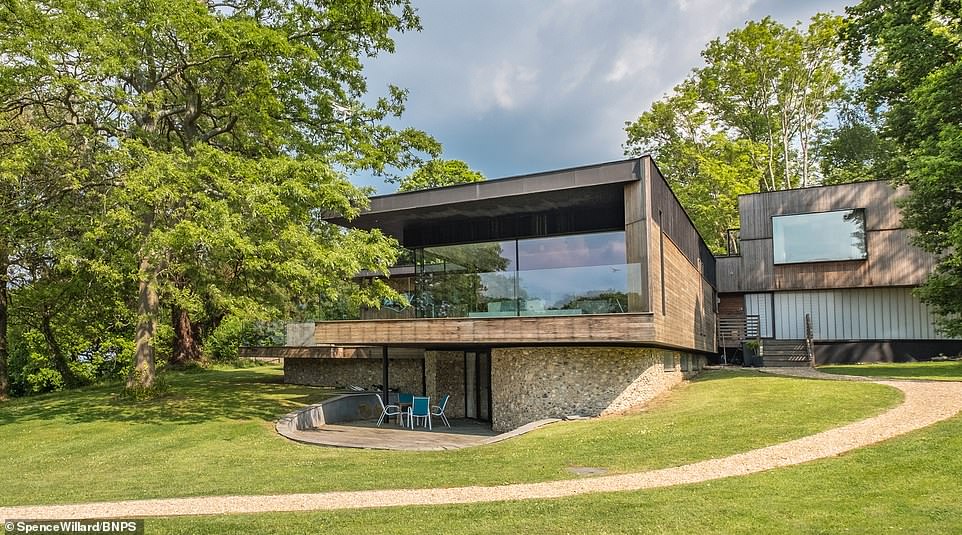 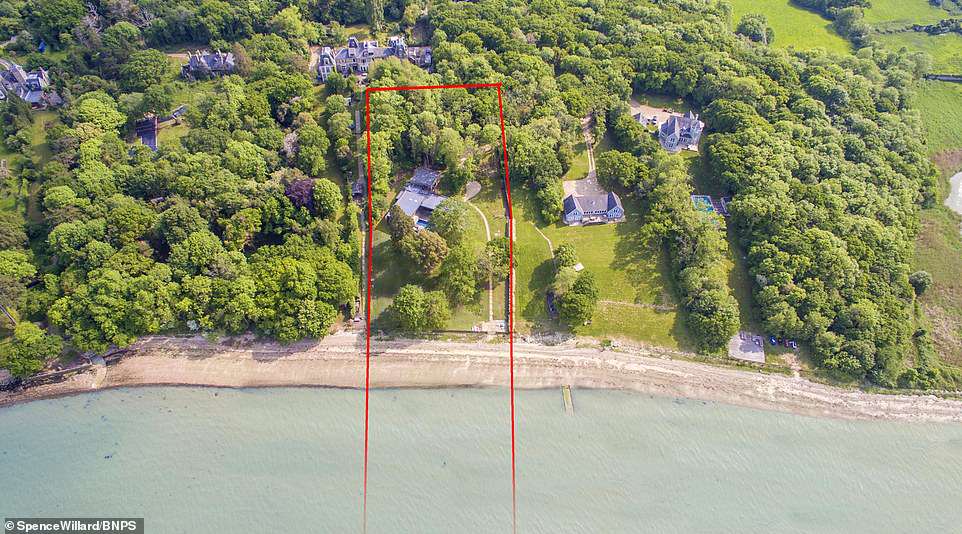 The property, marked in red, is currently on the market for £3.95 million and is being marketed by Spence Willard

‘There is probably someone out there right now not even thinking about living on the island that will be overcome by it.

‘Until that time it’s still listed with us and we’re delighted to have it on our books.’

When the building aired on Grand Designs in 2015, host Kevin McLeod said that it was ‘the most expensive project he had ever followed’.

It is now expected to sell for close to £4m and Spence Willard are hopeful a buyer will soon be found.