Channing Tatum Look A Like Will Parfitt Takes stripping online 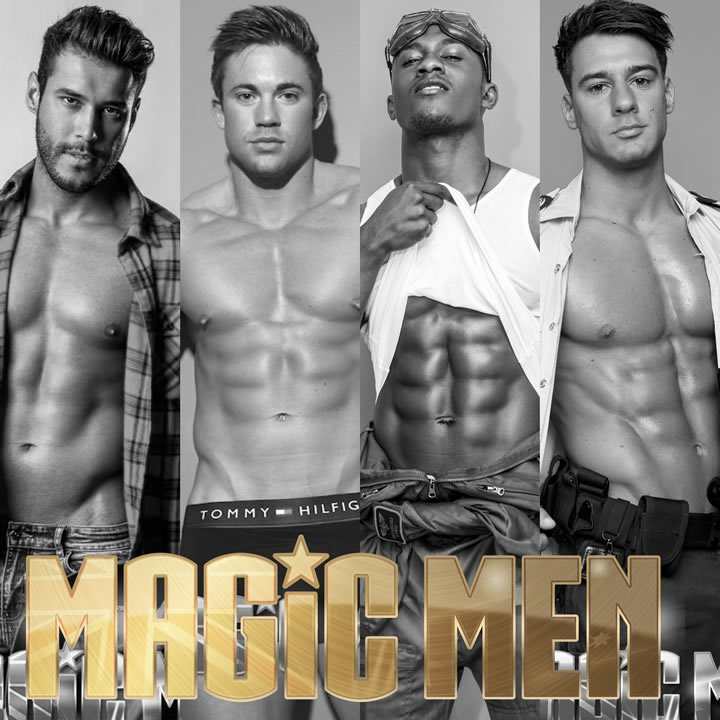 The global coronavirus pandemic has forced several companies to rethink their business models and Australia’s largest male revue show is no exception.

Social distancing restrictions and venue closures across Australia have made performing for live crowds impossible, leaving hundreds of male strippers jobless. Adapting to this new norm, Magic Men Australia took it upon itself to shake up the adult entertainment industry by launching a weekly virtual male strip show.

Held on Saturday nights, this exclusive hour-long virtual show features a rotating roster of four or five handsome hunks from Magic Men’s team of over 100 male entertainers and topless waiters across the country.

Will Parfitt has been one of the Magic Men since 2014 and is excited to see where the prospect of virtual shows can take the group.

“The idea first came to us when we realised that something we loved doing was no longer going to be a possibility in 2020,” Parfitt said “We wanted to bring the show to the ladies and gents in isolation, especially those who had to cancel their birthdays and other special events. We also wanted to have a laugh with all the people who are stuck at home on weekends and craving something cheeky they could sink their teeth into.”

Magic Men stripper Tyreese said the team did not expect the idea to take off but the physical distance has not slowed down their viewers. The pilot show initially attracted 50 viewers but with each passing week, more have been subscribing to the event. The men are now performing for up to 200 women each Saturday night.

Frequent virtual show viewer Skye said, “It’s awesome that anyone can access the show from anywhere in the world now.”

Previously, ticket holders could only attend the event if they lived in Melbourne, Sydney or Brisbane, with special tours also held outside major cities throughout the year. Now, people from around the world, including the UK, USA and Canada, are tuning in despite the time difference.

The Men have had to adjust in more ways than one.

“It’s completely different to the normal stage shows. We don’t get to see the facial expressions of our audience. Instead, our performances are commented on with emojis and exclamation marks, which is still exciting in a different way,” Parfitt added.

Magic Men has received positive feedback, with viewers enjoying a different perspective to the performers.

“It’s playful, cheeky and so much fun. It’s like a party in your own home; you can grab a drink, chat with other guests, and the guys interact with you through Q&As in between shows,” a viewer commented.

Linda, another weekly viewer, said, “I miss going out, having fun and meeting new people with common interests. This is the closest thing to it, and it’s awesome!”

Magic Men hopes to keep the online show going, even after restrictions are lifted, continuing to grow their global fanbase. For now, you can watch them every Saturday at 9:00 pm AEST. Tickets can be purchased at www.magicmen.com.au.