Kevin the Carrot frenzy as shoppers queue from 6.30am before battling to get their hands on Aldi’s seasonal toy that goes on sale today as 20,000 more wait online

Chaos is unfolding at Aldi supermarkets across the country this morning as millions of its Kevin the Carrot toys hit the shelves after selling out online.

The frenzy began early on Monday when the vegetable toy went on sale on the Aldi website at 3am – but sold out within hours.

Today supermarket bosses decided to ship two million of the £19.99 cuddly toys to stores nationwide ready to go on sale when they opened at 8am.

Thousands were queuing from 6.30am, with some reporting physical fights and others bemoaning the product had already sold out before they could get their hands on one. 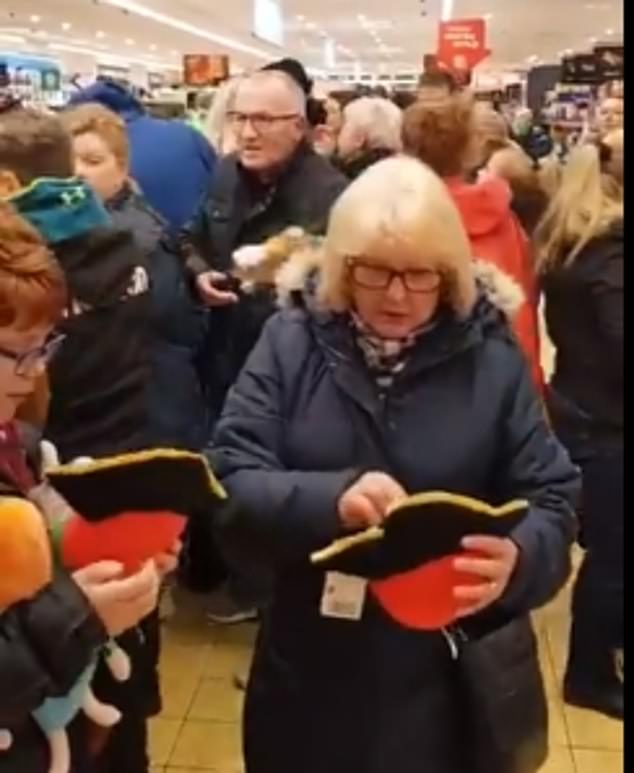 Danyoungman on Twitter posted: ‘This is not a drill, there are people in Aldi’s fighting over Kevin the carrot toys!’

Another Twitter user called Michelle said: ‘Well that was an experience, adults pushing and shoving for plush toys. I got a sprout and tomato though, after queuing since 6.30am.’

Others said they had planned their operation to get the toys ‘for months’ as huge queues formed in stores all over the country.

Meanwhile, unsuspecting shoppers were shocked at the way the craze took over attempts to shop at the store. Rachel Louise Jones found the queues equally long online.

She said: ‘Just went looking for something on the Aldi website and did not realise it was Kevin the Carrot release day and I’m in a queue of 20,000 people to access the site. What. The. Actual. Hell.’ 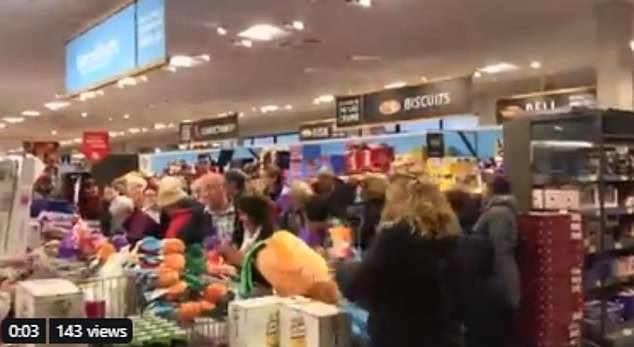 After Kevin sold out online on Monday, the sought-after cuddly toy later appeared on eBay for as much as £100 – five times the original £19.99 price – with shoppers so keen to get their hands on one.

An Aldi spokesman described this morning’s demand as ‘unprecedented’, adding: ‘Aldi has received reports of queues and products are expected to sell out within hours in certain stores, leading to some customers being unable to get their hands on a Kevin toy.’

Julie Ashfield, Managing Director of Buying at Aldi UK, said: ‘We opened the doors at 8am this morning and were met with an unprecedented number of customers looking to get their hands on Kevin the Carrot toys and his other friends, including Russell Sprout.

‘We know our Kevin soft toys and merchandise are incredibly popular with customers and this year we increased the amount on offer.

‘To give as many Kevin fans as possible the chance to buy the range, we have limited purchases to two soft toys per customer, but as with all of our Specialbuys products, once they’re gone, they’re gone.’ 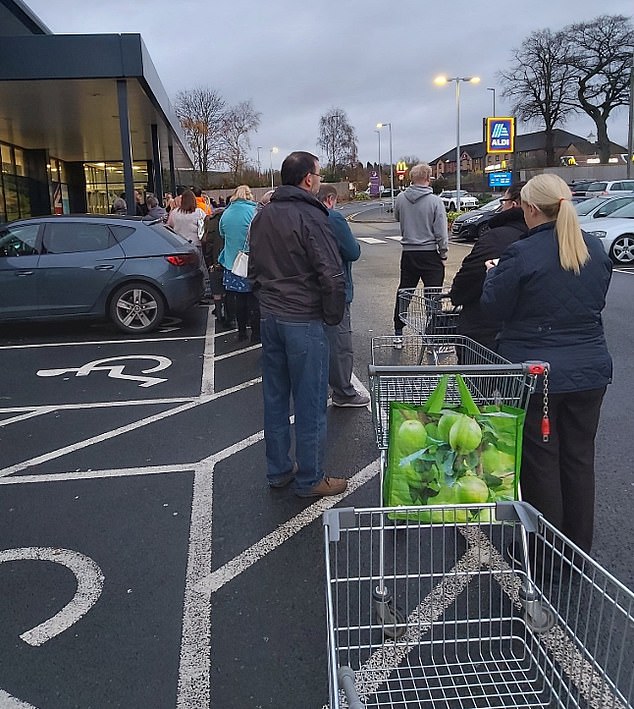 So-called ‘carrot fever’ first swept the nation in 2016 when the supermarket’s seasonal toy Kevin made his TV debut in a Christmas advert – and his popularity has grown ever since.

At the weekend, disappointed parents vented their frustration online after queuing for hours and missing out on toys in the pre-sale.

Aldi had limited the number of toys each shopper could purchase in one go to just two but many still appeared on eBay for inflated prices.

A full set including giant Kevin, Katie and their children, Russell Sprout and Tiny Tom was being listed for £475, more than six times it would cost to buy directly from the store. 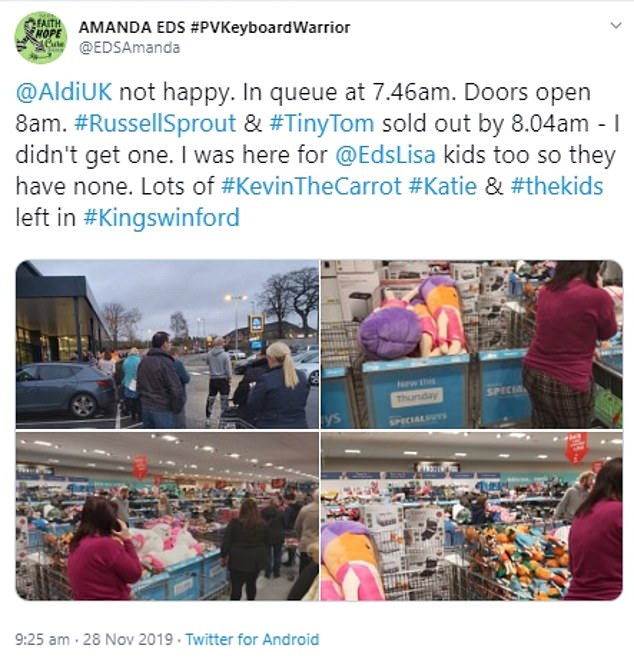 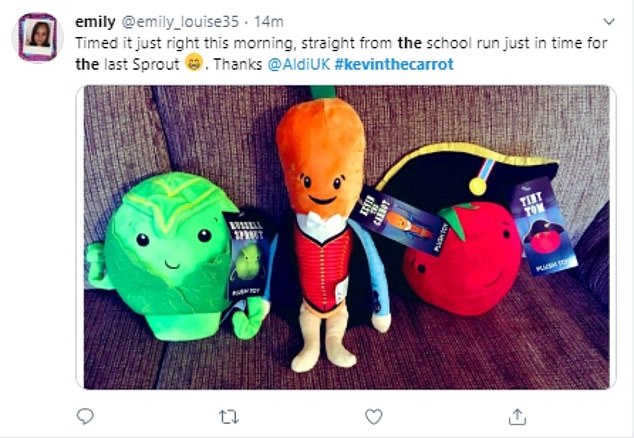 People took to social media to air there frustration about not getting a Kevin the Carrot toy, while others chuckled at the carnage