By Marcus Townend and Glen Williams For Mailonline

Officials from the Jockey Club were in discussions with the police on Saturday night after woman and a child were caught up in an ugly brawl involving an estimated 50 people just before the final race at Haydock.

An eyewitness, who said there had been a simmering atmosphere during the afternoon, said that a woman and toddler appeared to be caught up in the fight which broke out on the lawn in front of the main grandstand. A bench was also knocked over.

The fight continued as the final race started. 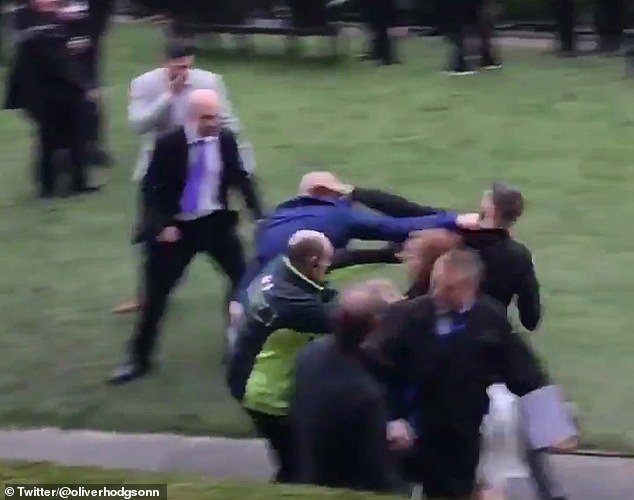 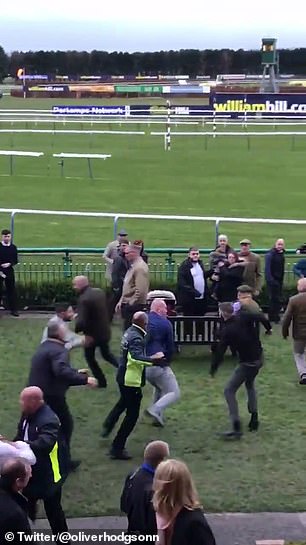 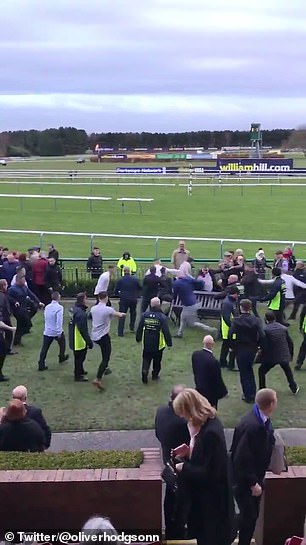 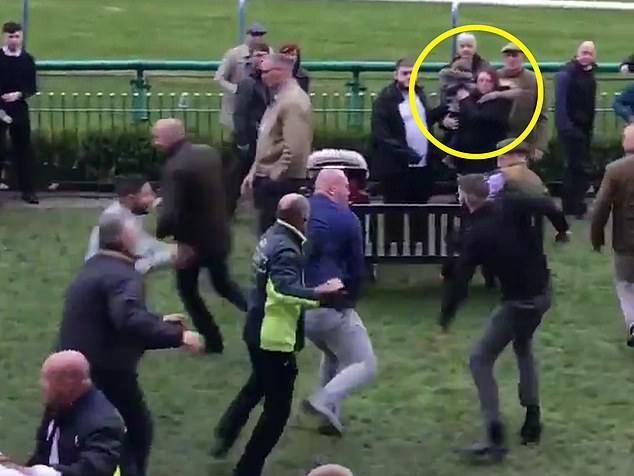 A Haydock Park spokesman, said: ‘We take a zero tolerance position on antisocial behaviour. The perpetrators were ejected at the time and we are continuing to work with the Police on this matter.’

It is unclear what caused the melee but instigators appeared to be subdued and are led off by course officials.

‘Looks like Police arrived a good 25 minutes later. Horrifying and traumatic for everyone around including children.’

Another, Chris Cooper, said: ‘Can’t get my head around fighting at horse racing it’s not the place 4 (sic) it. How lucky that baby wasn’t in the push chair.’

While Ricky Lomax wrote in response to the video: ‘Feel sorry for the mum with her kid, watching that pram get knocked about f****** cowards.’

Martin Morris wrote to Haydock Park on Twitter, saying: ‘Never coming again with the family with all the men fighting out of order, you should have more security on.’

Racing has been on high alert for violence after ugly scenes last year at both Ascot and Goodwood. 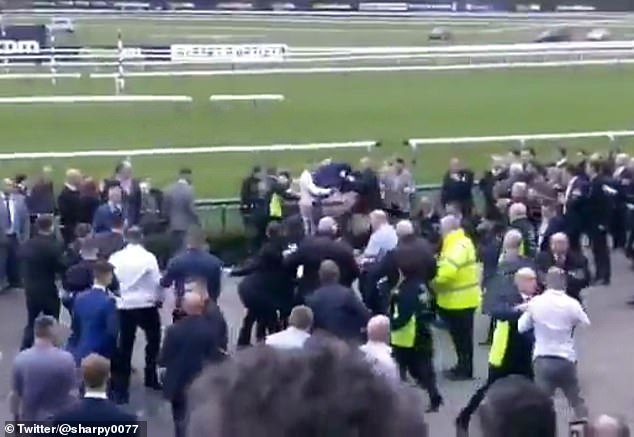