Australian cricket legends the Chappell brothers have opened up on Ian’s skin cancer fight – as well as the highs and lows of their careers ahead of the Ashes series.

Ian, Greg and Trevor appeared on A Current Affair on Monday after the 75-year-old commentator revealed he had been through five weeks of intense radiation therapy to remove skin cancers from his shoulder, neck and underarm.

Ian, who made his test debut against Pakistan in 1964, blamed his health scare on ignorance – and the fact hats weren’t in fashion during his 16-year-long career.

‘You had the Australian cap or you had those stupid terry-towelling things, which were useless,’ he said.

Ian (centre), Greg (left) and Trevor (right) were featured on A Current Affair just after Ian, 75, went through five weeks of intense radiation therapy and operation to remove skin cancers from his shoulder, neck and underarm

Ian revealed the passing of the brothers’ mother was a turning point for him, which helped him ‘come to grips’ with the reality of death.

‘After that I came to grips with it, and I did realise it’s one thing you do know is, it is going to happen,’ he said.

‘And I think it is better to come to grips with it rather than fighting it or dreading it.’

Ian recalled a moment when he first tried a Panama hat during his stint at Wide World of Sports – and revealed was taunted by legendary quick Jeff Thompson.

He said to me: ‘You look like a bloody cassowary.’

Ian, who captained Australia between 1971 and 1975, stopped wearing hats after the jibe.

But his young brother Greg, who made his test debut in 1970 against England and played his last match against Pakistan in 1984, was also popular for his stiff brimmed cricket hat with the little brown signature on the side. 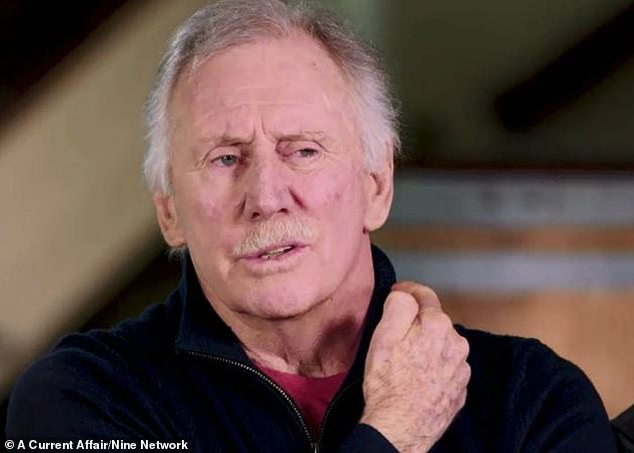 Ian, who made his debut against Pakistan in 1964, said hats were not in fashion during his 16-year-long career

Greg said he only heard about sunscreens later in his life.

‘There was no such thing, a bit of zinc cream on the nose was about as far as it went,’ Greg said.

Their youngest brother Trevor, the only Chappell to score a World Cup century, recalled the infamous moment when Greg (then captain) asked him to bowl an underarm delivery in an ODI match against New Zealand in 1981.

NZ needed six runs on the last ball to win the match.

At that time an underarm delivery was not illegal, but the rest is history.

‘That was probably the one bit of advice from Greg that I shouldn’t have taken,’ Trevor said.

Greg said Trevor had no option except to follow his instructions.

The cricketing legends believe Australia can reclaim the Ashes, which starts on Thursday.

‘I’m pleased with the squad we’ve got for the Ashes,’ Greg said, while Ian added England was on the’ edge of a precipice’. 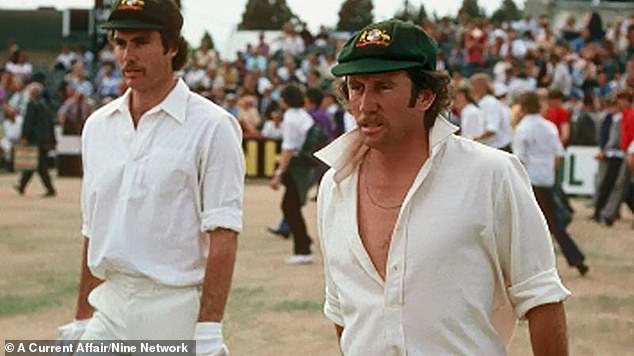