Charity that raised more than £1,000 to pay for homeless hotel stay praises Hilton for stepping in

‘It restores faith in humanity’: Hilton gives 28 rough-sleepers rooms for Christmas Eve and Christmas night after hotel backs out at last minute

The founder of a charity that raised more than £1,000 to pay for homeless to stay in a hotel has praised Hilton for ‘restoring faith in humanity’ after it stepped in after their initial reservation was cancelled.

The Raise The Roof Hull Homeless Project had raised more than £1,000 in order to book 14 twin rooms at the Royal Hotel, in Hull, for Christmas Eve and Christmas Day.

But the organisation was left in limbo when the reservation was unexpectedly cancelled, just nine days before it was due to be fulfilled. 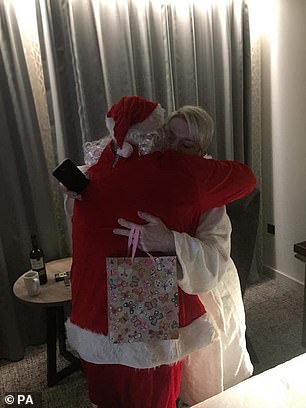 Pictured are some of the homeless able to lodge at the DoubleTree by Hilton in Hull over Christmas. There were fears they would have nowhere to stay after their initial reservation at the Royal Hotel in Hull was cancelled 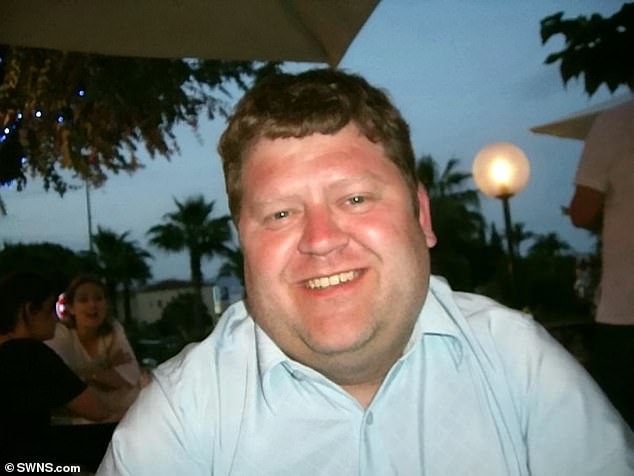 Carl Simpson, founder of the Raise The Roof Hull Homeless Project, said the generosity of Hilton restored his faith in humanity 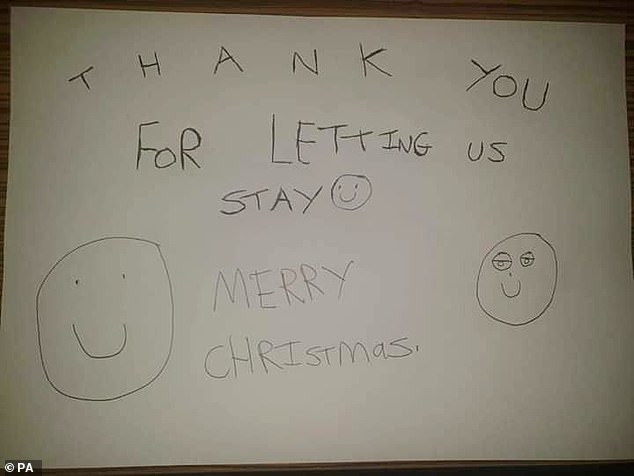 The homeless left a thank you note to staff at the Hilton, after they were given 14 rooms at the hotel paid for with money raised by the Raise The Roof Hull Homeless Project

The situation left organisers in a ‘mad panic’, but there was widespread relief when the local DoubleTree by Hilton stepped in to offer them rooms on the same nights, giving the rough sleepers a roof over their head for Christmas.

The group checked-in to their rooms on Monday afternoon, and a complimentary turkey dinner is being served today to mark the occasion. 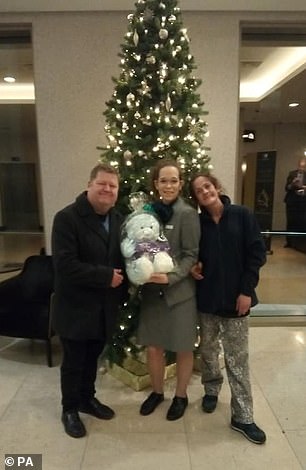 Some of the homeless able to check into the hotel are pictured with staff (centre). The group checked-in to their rooms on Monday afternoon, and a complimentary turkey dinner was offered today to mark the occasion

Raise The Roof’s founder, Carl Simpson, told how he was ‘devastated’ when the initial booking was cancelled, fearing that the homeless people he had supported might not be given the Christmas they had been promised.

He said: ‘These people, when we told them that they would have a roof over their head at Christmas and that they’d be getting dinner, their faces just lit up.

‘The thought of then having to tell them that the hotel had been cancelled was horrible, so it left us in a mad panic to get the situation sorted.

‘Then we were contacted by the DoubleTree, and I just couldn’t believe what they were offering. The generosity they showed in stepping in to help at the eleventh hour is incredible, it restores faith in humanity.’

A spokesman for the Royal Hotel’s owners, Britannia Hotels, explained that the cancellation followed reports of bad behaviour at another hotel where Raise The Roof had booked rooms for the homeless last Christmas.

But Mr Simpson, a cafe owner, denied those suggestions, and told how the guests had even cleaned up after themselves and left presents for staff.

He added that the Royal Hotel did offer a refund after the cancellation. 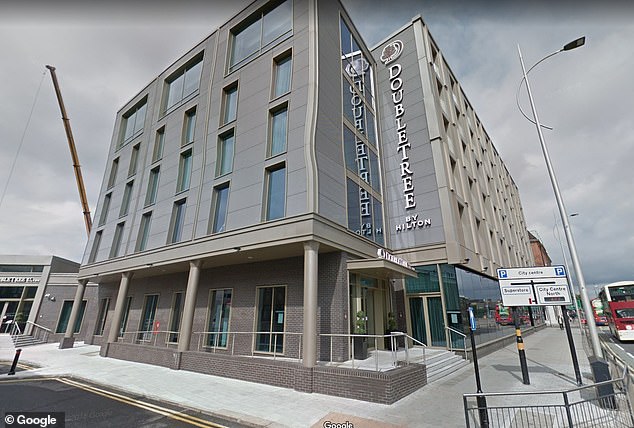 There was widespread relief when the local DoubleTree by Hilton stepped in to offer them rooms on the same nights, giving the rough sleepers a roof over their head for Christmas 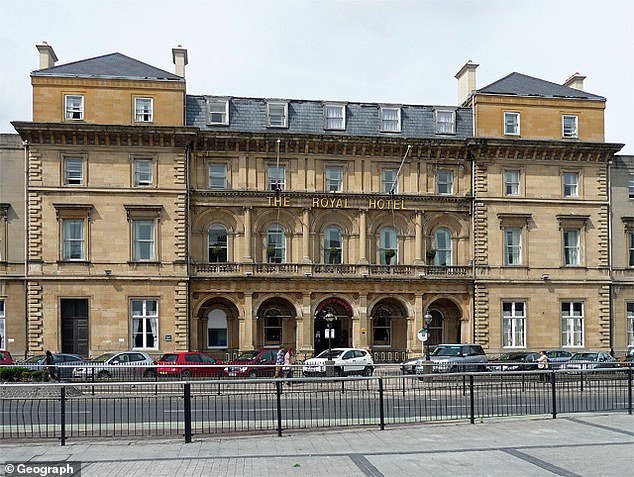 Discussing the challenges that the homeless face over the festive season, Mr Simpson added: ‘Christmas Day on the streets is the worst thing that you can imagine.

‘It’s for those reasons that the suicide rate among the homeless is so high at this time of year, it’s one of the hardest times for them.

‘To know that these guys won’t be facing that this year is wonderful, and it’s what Christmas is all about.’

The organisation has helped a further 20 homeless people in Hull to find accommodation over Christmas.