The scale of abuse by aid workers and peacekeepers overseas was ‘significant’ and ‘chronically under-reported’, according to a report published a decade ago.

Save the Children found children were being coerced into sex, trading sex acts for food and other items and being forced into sexual slavery in Haiti, Cote d’Ivoire and southern Sudan.

In one case cited in the No-One To Turn To report, a 15-year-old girl in Haiti was offered – but refused – 100 Haitian gourdes (£2) and some chocolate to perform a sex act on ‘a couple of humanitarian men’.

The report was published in 2008 but has recently come to light following the scandal over alleged sex abuse by Oxfam workers and a suggestion the charity covered up claims that staff used prostitutes while delivering aid to disaster-stricken Haiti.

Save the Children spoke to 341 people in the three countries and found ‘significant levels of abuse of boys and girls continue in emergencies, with much of it going unreported’.

‘The results of this study suggest that existing efforts to keep children safe from sexual exploitation and abuse are inadequate,’ the report concluded.

The research found ‘every kind of child sexual abuse and exploitation imaginable’ was taking place.

It said: ‘Children as young as six are trading sex with aid workers and peacekeepers in exchange for food, money, soap and, in a very few cases, luxury items such as mobile phones.’

A young boy in Haiti described how a group of people in the streets decided to make money out of a girl sleeping rough and they took her to a man who worked for an NGO who gave her a dollar and raped her.

The report found the main reasons for the under-reporting of abuse included fears of losing the assistance – one boy from Sudan said: ‘People don’t report it because they are worried that the agency will stop working here, and we need them’ – while stigmatisation and fears of retaliation were also cited as reasons.

A young girl in Haiti added: ‘The people who are raping us and the people in the office are the same people.’ 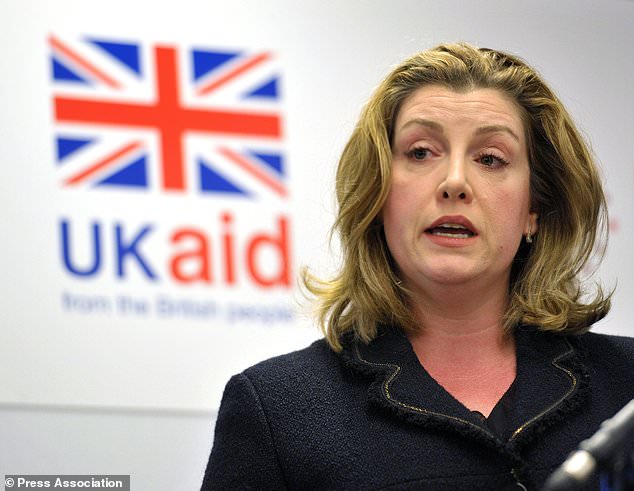 Penny Mordaunt has warned that Oxfam will have funding withdrawn if it fails to comply with authorities over safeguarding issues. (Nick Ansell/PA)

The fieldwork took place in Haiti in 2007, years before alleged abuse was carried out by Oxfam workers.

It concluded: ‘Breaking the silence surrounding this problem is an essential step towards its elimination.

‘Our research suggests that children and their families are not speaking out because of a mix of stigma, fear, ignorance and powerlessness. In addition, it appears that at the grassroots level international agencies are not yet perceived as responding effectively to allegations – with the consequence that victims and others cannot see the point of reporting abuse.

‘Together, these two factors are a major impediment to stamping out this problem.’

It recommended the establishment of a global watchdog to evaluate how agencies tackle abuse, as well as setting up effective complaints mechanisms.

Corinna Csaky, who wrote the report, told the Independent that a copy of the report had been sent to the Oxfam chief executive and other major charities, adding: ‘In our cover letter we emphasised that our research revealed a sector-wide problem but we didn’t implicate any one particular organisation by name.’

Meanwhile, Oxfam’s future funding from the taxpayer is in doubt after the charity agreed not to bid for fresh cash following the aid worker sex scandal.

International Development Secretary Penny Mordaunt said funding would not be considered until her department was satisfied that Oxfam can meet the ‘high standards’ expected.

She added the Government ‘reserves the right to take whatever decisions about present or future funding to Oxfam, and any other organisation, that we deem necessary’.

Haiti’s president said yesterday that sexual misconduct by staff of British charity Oxfam was only the tip of an ‘iceberg’ and called for investigations into Doctors Without Borders – who repatriated 17 workers for misconduct – and other aid groups which came to the country after its 2010 earthquake.

Geneva-based Doctors Without Borders is looking into President Jovenel Moise’s comments and welcomes scrutiny, said spokeswoman Analia Lorenzo. She added that the organization had zero tolerance of sexual misconduct.

On Wednesday, Doctors Without Borders said it had dealt with 24 cases of sexual harassment or abuse among its 40,000 staff last year, and dismissed 19 people as a result. 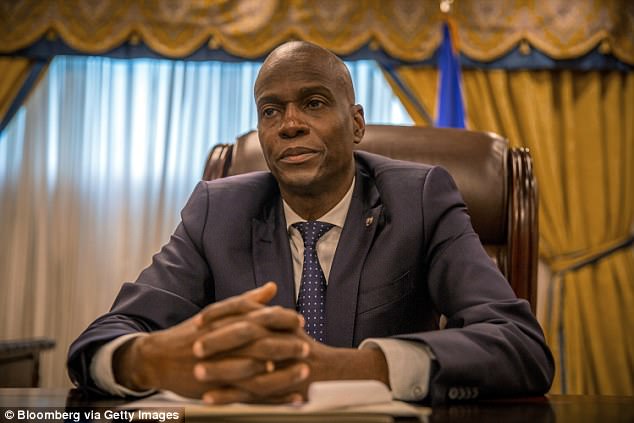 Roland Van Hauwermeiren, the former Oxfam official at the center of the sex abuse scandal, said on Thursday he made mistakes by having a sexual relationship with the sister of a recipient of aid when working in Haiti but denied paying for sex with prostitutes or abusing minors.

In an open letter to a broadcaster in his native Belgium, he said he feared that Oxfam, other aid workers and those they help would suffer from false accusations.

‘We call on the Belgian and UK government to assume their responsibility, and we call on the whole international community to help make sure those guilty of such misconduct are punished, whether they are Belgian or of another nationality,’ he said.

Haitian Justice Minister Heidi Fortune said on Wednesday he had asked Belgium for help in starting legal action against Van Hauwermeiren. He did not say which laws he believed were broken.

Belgium’s Justice Ministry said on Thursday it had received no such request and prosecutors said they were not aware of any investigation into Van Hauwermeiren. Belgium does not extradite its citizens to countries outside the European Union.

By Claire Ellicot, Political Correspondent For The Daily Mail 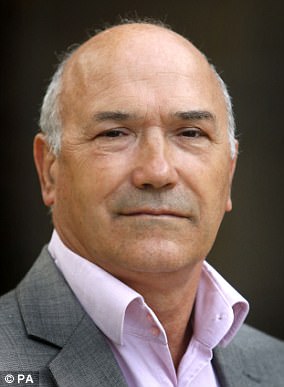 Mark Goldring, GB chief executive of Oxfam, ggesting that the uproar over the sex abuse scandal was being motivated by an ‘anti-aid agenda’

Oxfam’s British boss Mark Goldbring was slammed after suggesting an ‘anti-aid agenda’ drove the uproar over the sex scandal – and that it was not as if aid workers had ‘murdered babies in their cots’.

It came after Haitian earthquake victim revealed disgraced Oxfam official Roland van Hauwermeiren had sex with her when she was just 17.

Mr Goldring, the Oxfam GB chief executive, complained: ‘Anything we say is being manipulated.’

Critics called on him to resign as International Development Secretary Penny Mordaunt said the charity would receive no new UK foreign aid until it could prove it met the ‘high standards’ she expected.

The move is a huge blow to Oxfam, which last year received around £30million from the Government.

Oxfam has been rocked by the worst week in its history following reports of sexual exploitation by aid workers in Haiti following the earthquake there in 2010.

Calling for Mr Goldring to step down, Tory MP and aid critic Andrew Bridgen said: ‘He needs to resign. He is operating in a parallel reality. He’s trying to spin it so Oxfam is the victim in all this. That is the ultimate denial.’

In the interview with The Guardian, Mr Goldring accused critics of ‘gunning’ for the charity over the Haiti sex scandal. He spoke out after reports that several of the charity’s aid workers had used prostitutes in Haiti while providing humanitarian work, following the 2011 earthquake.

Asked about accusations that Oxfam covered up the scandal, he said this decision was ‘wrong’ but said he could understand why it happened.

Mr Goldring admitted the organisation’s failings but said the ‘scale and intensity’ of criticism was disproportionate, adding: ‘We’ve been savaged.’

He repeated his apology for Oxfam’s failings and agreed that major reforms were needed. But he warned that the controversy has already affected donations.

Oxfam has vowed to publish the 2011 internal investigation into staff involved in sexual and other misconduct in the country. It said that the names of the men involved have already been shared with the Haitian authorities.

In an attempt to address the crisis yesterday the head of Oxfam International, Winnie Byanyima, announced an independent commission to review the charity’s culture and practices.

But she conceded that she could not guarantee that there are no more sexual predators working for the charity, although it would ‘build a new culture that doesn’t tolerate that behaviour’.

She described the allegations as a ‘stain’ on the charity ‘that will shame us for years’.