How gun-nut gold digger, 69, shot and killed his girlfriend after she kicked him out of her home – as it’s revealed he referred to her as ‘my superannuation’ to friends

Marilyn Burdon (pictured) was shot dead by her partner Charles Bisucci inside her luxury Melbourne mansion in August 2017. Bisucci then turned the gun on himself

A former lawyer who fatally shot his partner manipulated friends and acquaintances in order to maintain access to guns seized by police more than a decade earlier.

Charles Bisucci killed 70-year-old Marilyn Burdon at her Kew home in Melbourne’s east in August 2017 before turning the illegally obtained gun on himself.

The 69-year-old had been in a relationship with Ms Burdon since 2011 – despite also dating another woman – and was heard describing her as ‘my superannuation’.

She had kicked Bisucci – who found himself broke after decades of fraud and deceit – out of her $2million Kew mansion just two weeks earlier.

An inquest has prompted a series of recommendations by State Coroner John Cain.

Bisucci had been banned from owning a gun, the inquest heard, after violence toward a previous partner but transferred ownership to friends and acquaintances where he could access them.

The recommendations include for Victoria Police to update its firearm approval processes and for an increase in family violence training for psychiatrists.

The coroner found Bisucci was a deceitful person who actively and persistently broke, or sought to evade the law.

Bisucci’s psychiatrist had warned Ms Burdon not to enter a financial relationship with him because of his duplicity.

‘The evidence illustrates that Mr Bisucci was a man who acted entirely out of self interest and used or attempted to use those around him for his own personal gain,’ Judge Cain said in findings released on Tuesday.

While he was unable to find that Ms Burdon’s death was preventable, he said it had highlighted inadequacies and the need for systemic improvements that might prevent future family-violence related firearm deaths. 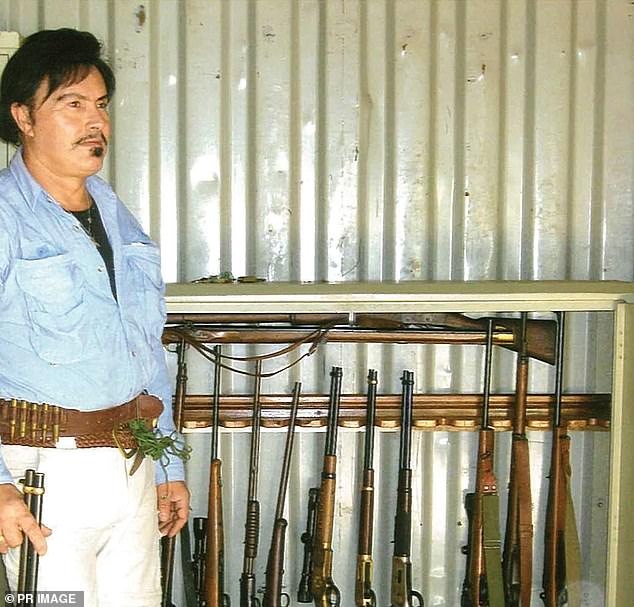 The death of Ms Burdon at the hands of Charles Bisucci (pictured) is currently being investigated by the Coroners Court of Victoria. Bisucci owned 16 firearms, 15 of which were transferred into the names of friends when he was banned from having a firearms licence

Bisucci’s firearms licence was suspended in 2004 and he was declared a prohibited person. He had 16 firearms registered to him.

One was unaccounted for but the other 15 were seized by police and ownership was transferred to friends and acquaintances of Bisucci. Ms Burdon was killed with one of those guns.

‘The ability for individuals who lose their firearms licence to get friends or associated to lawfully acquire these firearms is a gap in the firearms regulation system,’ Judge Cain said.

Between 2004 and 2017 Bisucci had falsified various firearm permit applications and produced fraudulent evidence to secretly retain use of those guns. 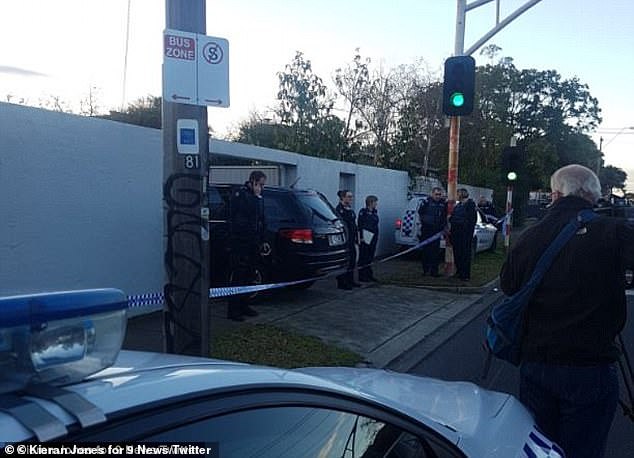 The bodies of Bisucci and Ms Burdon were discovered in separate rooms of her luxury house on Princess Street, Kew (pictured, police at the scene)

Judge Cain said current firearm regulations don’t require checks on a person witnessing an application for a firearms licence to see if they have previously owned the guns, or whether they’re a prohibited person.

There’s also no system to check that the storage address for a firearm is common to a prohibited person.

He recommended Victoria Police change its policies and procedures to follow up that information.