It has long been known that architecture, organic farming and complementary medicine are high on the menu of meaty issues which Prince Charles likes to get his teeth into.

Less well documented, however, is what he most likes to tuck into for his supper — let alone just what a keen eye he has for a cutting edge and imaginative new recipe. Until now.

For the Prince of Wales has given a mouthwatering insight into what sets his taste buds tingling by revealing that his ‘favourite recipe’ is . . . pheasant crumble pie.

And the heir to the throne likes eating game birds so much he has ‘invented’ a possible successor to that dish’s place in his affections — a moussaka made with grouse, instead of the usual lamb, which he calls ‘groussaka’.

His craving for such culinary creations will be revealed in next Wednesday’s edition of Country Life magazine that he is guest editing to mark his 70th birthday, which falls on that very same day. In it, Charles tells how he owes his fondness for pheasant crumble pie to a friend, saying: ‘I got this recipe from someone I know. It is delicious.’

He goes on to say: ‘I invented a grouse one recently, coq au vin with grouse, as well as moussaka with grouse (it doesn’t always have to be lamb), in other words groussaka!’

The feature, titled My Favourite Recipe, includes an interview with John Williams, the executive chef at The Ritz in London, and the recipe for pheasant crumble pie, along with photographs of Mr Williams preparing it. 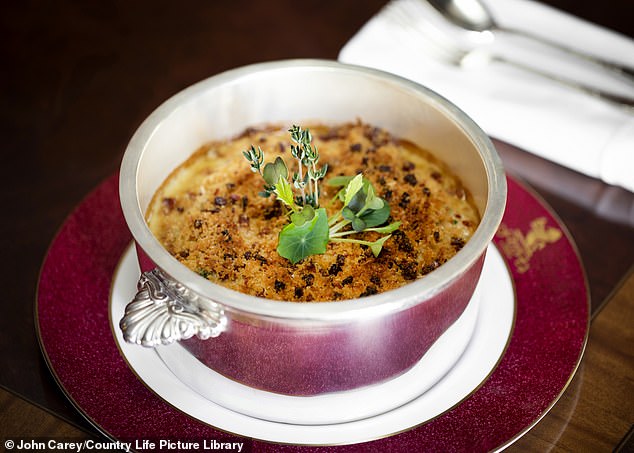 The feature, titled My Favourite Recipe, includes an interview with John Williams, the executive chef at The Ritz in London, and the recipe for pheasant crumble pie

Mr Williams tells the magazine he thinks cooking with game ‘went out of favour for a while because chefs weren’t handling it correctly’.

He adds: ‘People used to tell me, “I like my game green, man — it’s got to be very well hung”, but hanging should only be taking place from four to six days, really; just enough to make it tender and ready for the table.’ Mr Williams also advises readers: ‘The important thing is not to overcook game birds — make sure there’s juice inside . . .

‘Seasonality, of the kind you get with game, brings something new to the table. We work on the principle that the ingredients the animals live among tend to go really well with them, so, at the moment, we’re serving [at The Ritz] a lovely dish of roast grouse with blackberries and ceps. It’s very simple.’ 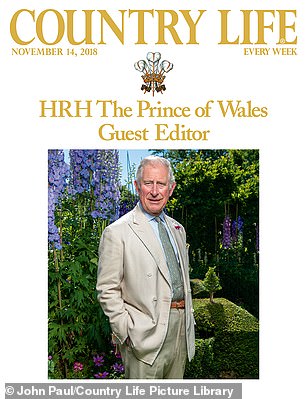 Earlier this year, the Duchess of Cornwall gave a peek into her husband’s food habits when she appeared on a special episode of MasterChef Australia and talked about how much he likes cheese. She said: ‘Anything to do with cheese, he’ll love . . . anything with eggs, with a bit of local vegetables of some kind, he’d love that. You’d definitely see a smile.’

In the documentary, Prince, Son And Heir — Charles At 70, which aired on BBC One on Thursday, Charles appeared to suggest during a conversation about a smelly sporran that there is, however, one cheese that he is not keen on — goats’ cheese.

Laughing, he said: ‘It [the sporran] goes round smelling like goats’ cheese, I never quite know because it always smells like my sporran and tastes like it.’

As for foods which the Royal Family would generally rather avoid, garlic is known to be high on the list. On MasterChef Australia, Camilla was asked if that is because they spend so much time chatting to people and replied: ‘Exactly — you just have to lay off the garlic.’

Perhaps not surprisingly, then, the pungent bulb is absent from the ingredients listed in the recipe for the Prince’s favourite pheasant crumble pie, the sauce for which is flavoured with juniper berries, bay leaves, thyme, peppercorns and a splash of sherry.

Pheasant Crumble Pie? Pheasant. Crumble. Pie. Surely it’s either a crumble or a pie, but it can’t be both?

Who am I to argue with the dining habits of Prince Charles, the birthday boy who announced this week that this was his favourite dish of all time?

The recipe he favours, from marvellous head chef John Williams at the Ritz, involves poaching a pheasant — but hold it right there, people. I mean poach in water with juniper berries and vegetables, not poach by stealing. It also involves a shocking amount of butter, which makes me fear for dear Charles’s arteries.

The method seems straightforward enough and is delightfully old fashioned, something you might find in Mrs Beeton. 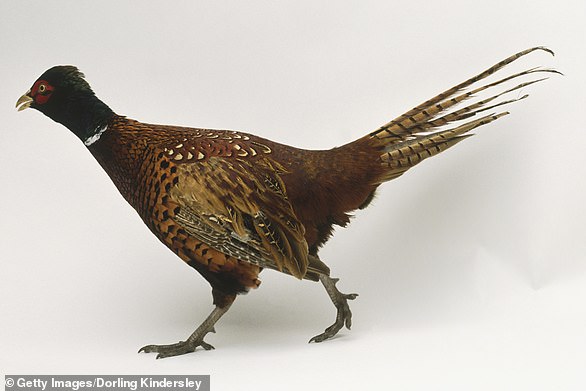 Pheasant Crumble Pie? Pheasant. Crumble. Pie. Surely it’s either a crumble or a pie, but it can’t be both?

After poaching, you cool and shred the pheasant meat (breasts only), strain and reduce the stock, then spike it with sherry. After making a roux with flour and butter, you use the stock to make a thick white sauce. Then you mix it all together, top with breadcrumbs, cheese and bacon before baking in the oven. It sounds divine! Not having the Ritz kitchens, a palace or a personal chef at my disposal, I decide to make it myself. After all, what could possibly go wrong?

So I order a pheasant from C Lidgate, the prestigious West London butchers beloved of royals and Richard Branson, but don’t let that put you off. It comes from Norfolk although not the Sandringham Estate, but that is close enough for me. I poach it as instructed, then boil the stock to reduce.

Neither Mr Williams nor Prince Charles mention the scum that gathers on the surface, as is usual when boiling fowl. Perhaps you just can’t have that word in a royal recipe? I skim my scum surreptitiously.

The breadcrumbs are an outrageous extravagance, fried in 170g of butter, almost three-quarters of a pack. Even after drying them, they are still a mound of engorged butter bombs. To intensify the decadence, parmesan cheese and crispy bacon are added, before the dish is baked in the oven.

So what does it taste like? Really rather delicious, although it is incredibly rich. Savoury, soothing and surprisingly economical, it is exactly the kind of comfort food one might expect the Prince of Wales to adore. White meat only and lashings of dairy, with a crispy topping and a buttery overload all add up to a decadent supper fit for a king-to-be.

It is retro nursery food given a touch of luxury — the kind of food that has fuelled the Monarchy for hundreds of years.