Cult leader Charles Manson has finally been cremated, four months after his death.

The funeral came a week after Manson’s grandson Jason Freeman was granted the rights to his body following months of legal battles.

Freeman and a Manson follower spoke at the service, which was attended by 30 people, according to TMZ.

Sources told the site that Manson’s body was decomposing so badly it needed to be covered by heavy makeup and gloves.

Manson’s body had been on ice in a Bakersfield morgue as Freeman battled with the cult leader’s pen pal as well as his alleged son.

The funeral program included two verses from the Bible: ‘Greater love hath no man than this, that a man lay down his life for his friends’ (John 15:13) and ‘I can do all things through Christ which strengthens me’ (Philipians 4:13).

Following the service, Manson’s body was cremated and his ashes were along the creek bed in a nearby forest.

Sources said the wind blew Manson’s ashes back on his guest.

Manson, who died at 83, was hospitalized in Bakersfield while serving a life sentence for orchestrating the 1969 killings of pregnant actress Sharon Tate and eight others. 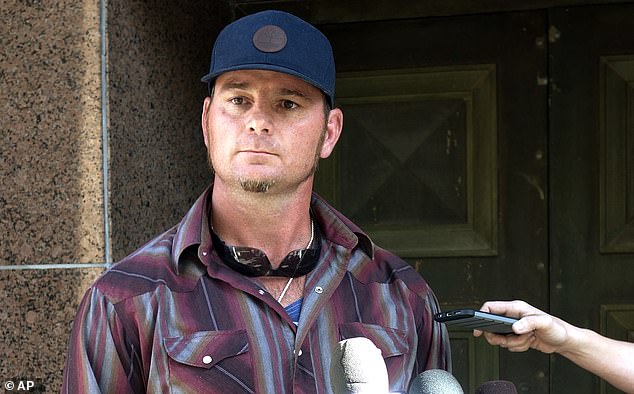 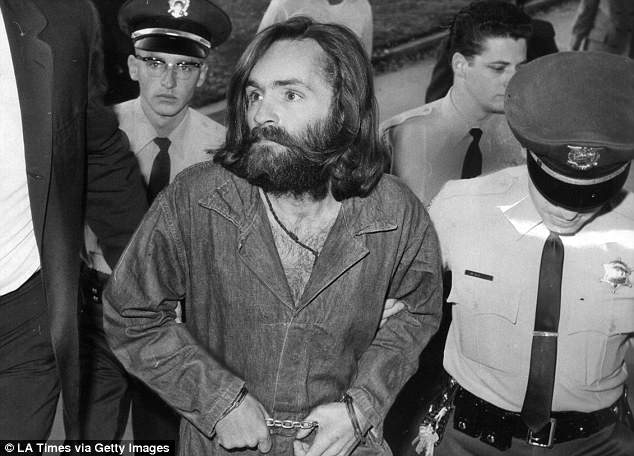 Manson, who died at 83, had been hospitalized in Bakersfield while serving a life sentence for orchestrating the 1969 killings of pregnant actress Sharon Tate and eight others 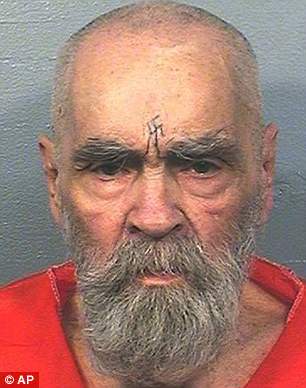 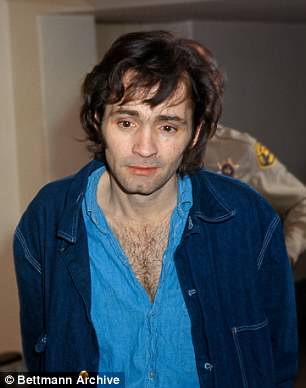 Manson (pictured left in 2017 and right on trial in 1970) was originally sentenced to death, but had his sentence commuted after California invalidated the state’s death penalty statute

The fight over his corpse devolved into a circus of sorts with friends filing competing wills purportedly signed by the infamous inmate.

Kin began to come out of the woodwork to also stake a claim to the killer’s body and an estate that could include lucrative rights to songs Manson wrote or to license his image and other material.

The case in Kern County was brought by the coroner’s office, which said it wanted to quickly resolve the matter because bodies were piling up at the morgue from the methamphetamine and opioid epidemics.

To prevent photos of the body from being leaked, the coroner’s office stored Manson’s remains under a pseudonym and only two employees were told its true identity. 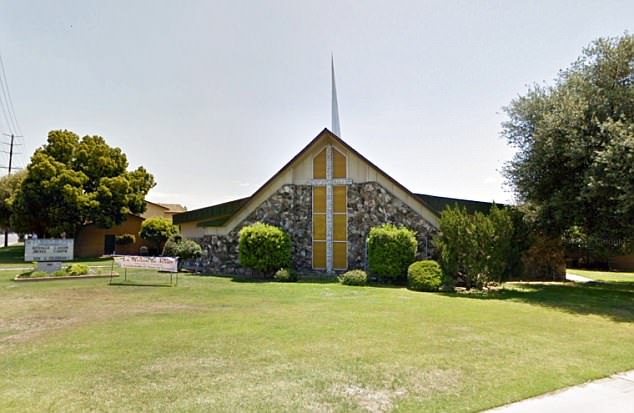 The three-way fight for the body included Freeman, a man who said he was fathered by Manson, and a pen pal who was friends with Manson and has filed what he said was the cult leader’s will.

The three all tried to cast doubt on the authenticity of the competing claims and Freeman largely won out because of problems with the other petitions.

Kern County Superior Court Commissioner Alisa Knight cited problems with the will submitted by pen pal Michael Channels because he was one of the two witnesses while also the sole beneficiary, which is suspect.

It was also ambiguous about what would be done with Manson’s body other than for Channels to use his judgment. 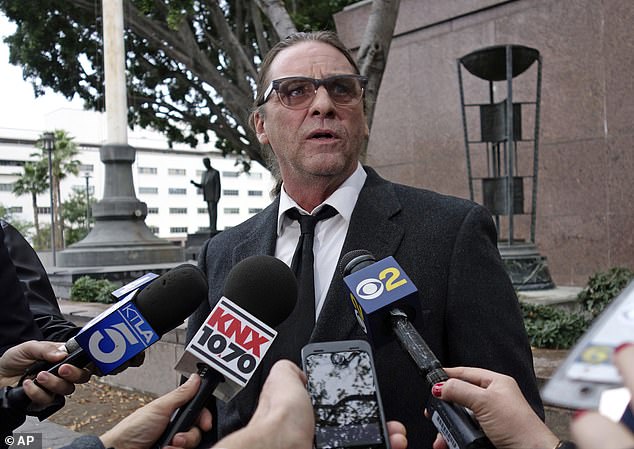 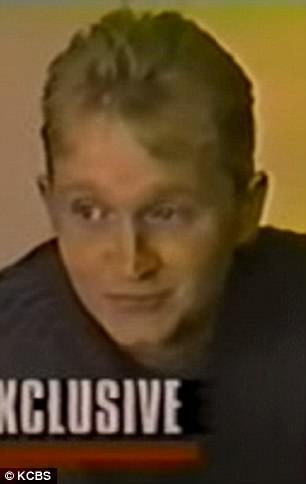 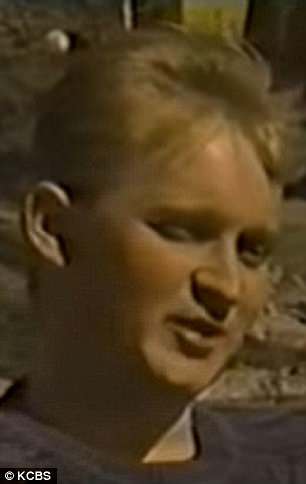 Michael Brunner, 49, whose birth certificate lists Manson and cult member Mary Brunner as his parents, was also in the fight. Born Valentine Manson in 1968, he has stayed out of the public eye after giving the above 1993 interview about his infamous father

Brunner’s mother was an early member of the so-called Manson family and he was fathered by the cult leader, according to his birth certificate, though it misspelled Manson’s middle name.

Knight said Brunner had shown evidence he was fathered by Manson, but lost his right to be deemed an heir because he was adopted by his grandparents.

Freeman, a former professional mixed martial arts fighter from Florida, is the son of the late Charles Manson Jr., who was the child of Manson and his first wife.

Although some raised questions about whether Freeman was really Manson’s grandson, Knight determined he was ‘the surviving competent adult next of kin’.

Channels befriended Manson by writing him letters in prison. He later became a regular visitor and avid collector and trader of memorabilia given to him by the cult leader. 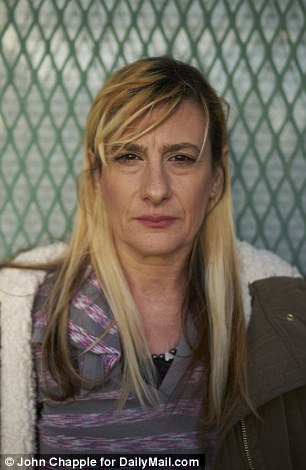 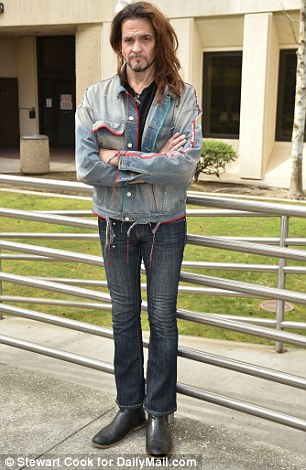 The 2002 will Channels filed names him as the executor and sole beneficiary of Manson’s estate.

Knight noted that the will did not appear to be properly executed and that Lentz forfeited his claims as an heir because he was also adopted.

Who inherits Manson’s estate – which could include potentially lucrative rights to the use of his image and songs he wrote, as well as his possessions – will be adjudicated by Los Angeles Superior Court.