After a quick trip to Tokyo, Japan, as one of the headliners for the inaugural festival Tonal Tokyo, Charlie XCX has made her way to New York City.

And on Sunday, the 30-year-old pop star was spotted looking rock star cool while out on a casual stroll in Manhattan.

The After The Afterparty star went braless and gave more than a hint of her midriff and figure while making her way around the bustling streets of the big city.

Rock star cool: Charli XCX, 30, showed off her edgy style while rocking ripped blue jeans and a long leather coat while out for a walk in New York City on Sunday

The British singer-songwriter turned more than a few heads in a white crop top that she wore underneath a black leather trench coat and ripped baggy blue jeans.

With large holes on both legs, she exposed a good portion of her knees and thighs with the fashion statement, to go along with part of her stomach exposed.

Rounding out her overall look, Flash Pose star had her long black tresses pulled back into a ponytail with a part in the middle. 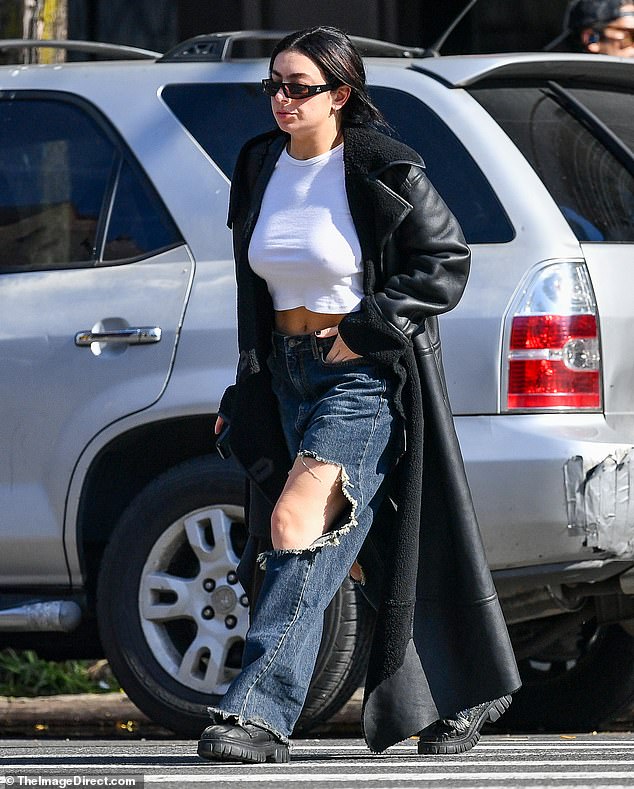 Revealing; The pop star also went braless while wearing a white crop top that showcased a portion of her midriff during her stroll through the bustling streets

The Cambridge, England, native is fresh off her co-headlining show at the Tonal Tokyo festival at Ariake Arena in Tokyo, Japan, which went off the previous day.

For its inaugural edition, Charli shared the stage with such other musical artists as Jamie xx, Lany, Years And Years and Tempalay, according to Timeout.

The gig was part of her ongoing Crash The Live Tour that’s in support of her fifth studio album Crash that kicked off back in late March. 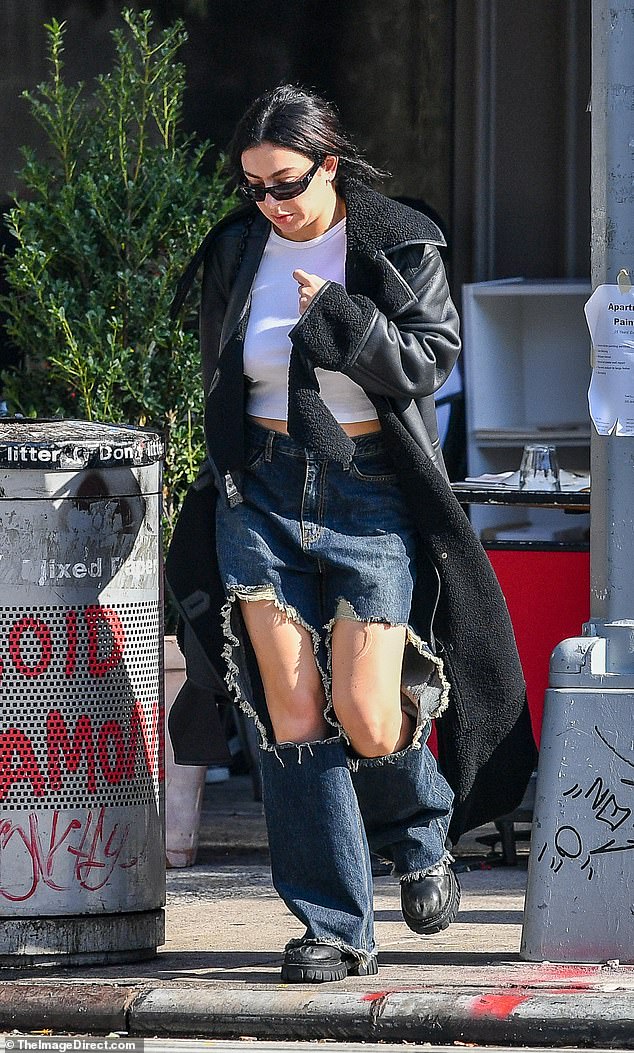 Down time: Charli (born Charlotte Emma Aitchison) had just plated the Tonal Tokyo festival as one of the headliners the previous day in Tokyo

The studio album, which dropped back on March 18, was proceeded by four singles:  Good Ones, New Shapes featuring Christine and the Queens and Caroline Polachek, Beg For You featuring Rina Sawayama and Baby.

She has since released the promotional tracks Every Rule and Used To Know Me, the latter of which was also used as the fifth single from the record.

Next up for the tour: Charli will head to South America for shows in Brazil, Argentina and Chili, before making her way to Mexico for what appears to be the final concert of the Latin leg of the tour on November 19. 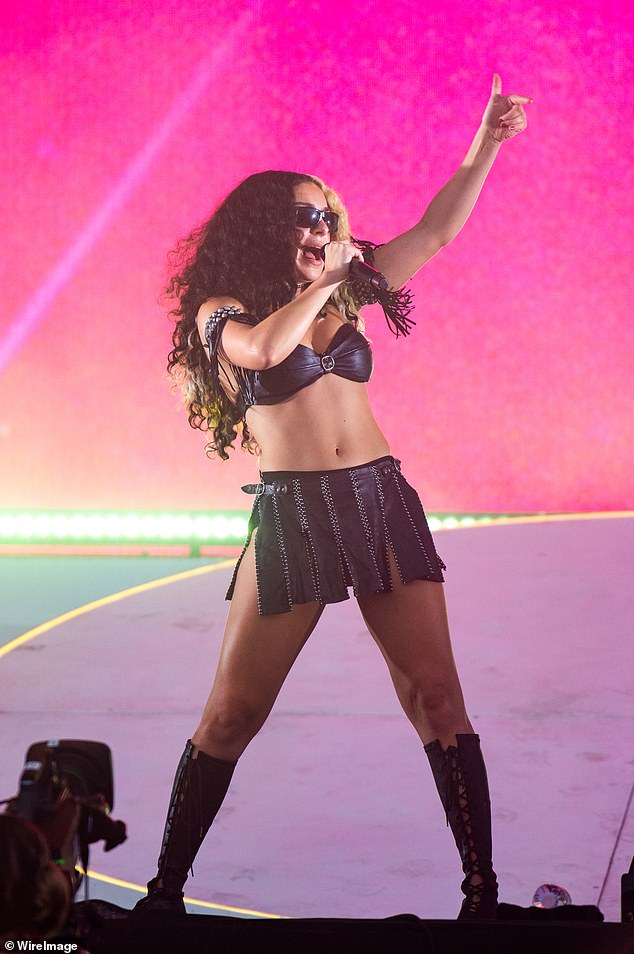 On the road again: The British singer-songwriter has been out on her Crash The Live Tour in support of her fifth studio album since late March; she is pictured during a show in Reading, England in August