Trainer Charlie Appleby will have three runners in next Saturday’s Cazoo Derby after confirming Nations Pride will be added to the line-up.

Appleby, who is bidding to win the Classic for the second year running, waited for the dust to settle after Nations Pride worked impressively at Newmarket on Wednesday, before confirming he would join stablemates Nahanni and Walk Of Stars at Epsom.

Nations Pride is now the shortest priced of the Appleby trio in the Derby ante-post betting at 6-1 third favourite and, given the trainer’s positive comments about the colt this week, it would be a surprise if he is not the choice of stable jockey William Buick.

James Doyle, who won the 2,000 Guineas for Appleby on Coroebus, and Adam Kirby, who landed last year’s Derby on Adayar for the trainer, are set to ride the other two Godolphin contenders.

Kirby rode Nahanni in a work-out at Epsom on Monday but Appleby insisted that had been for logistical reasons rather than an indication he’d ride the colt in the race.

Commenting on the decision to supplement Nations Pride to the Derby, a move which will cost Sheik Mohammed’s Godolphin operation £75,000, Appleby said: ‘He worked on Wednesday with a reliable and very able lead horse and he looked very good. Importantly, he has done well since.

‘He has the right profile for Epsom. He’s got five runs under his belt including taking the (1m 2f) Newmarket Stakes, where William was very pleased the way he went through the line. That indicates the step up to a mile and a half is going to suit him.’ 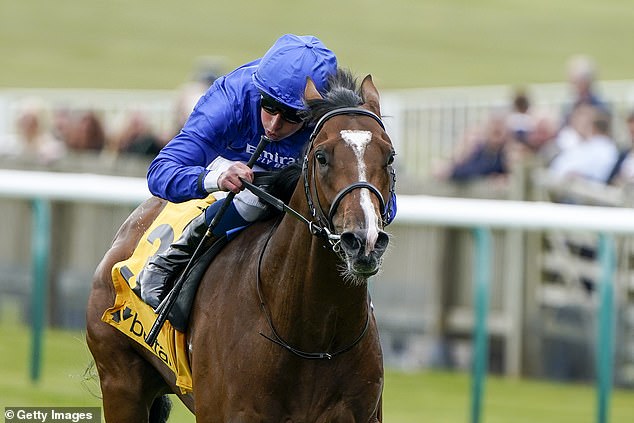