Paula, 37, married Bronson in prison in November, 2017, but six months later their marriage is in trouble

Britain’s most notorious prisoner is having marriage troubles just months after his prison nuptials, it has been revealed.

Charles Bronson married his soap star wife Paula in November 2017, but the newlyweds are having some teething issues.

Paula, 37, has admitted their relationship has been rocked by Bronson’s bad behaviour and bizarre demands.

The actress, formerly known as Paula Williamson, has reportedly been ordered by Bronson to stay slim by doing 400 sit ups a day as he tells her ‘don’t get fat’.

Adding to his wife’s misery, Bronson, 65, may have scuppered his chances of getting parole after 40 years behind bars – after he stripped off, covered himself in butter and challenged guards to a fight.

A source close to the pair last night told The Mirror: ‘Paula loves him dearly but this year has been a string of disasters for them as a couple.

‘She was upset when she learnt he had been moved to a prison hundreds of miles away ­because he went for the deputy governor. They were hoping for a successful parole hearing and he’d start to move towards release but by losing his head he’s put their future in jeopardy.’ 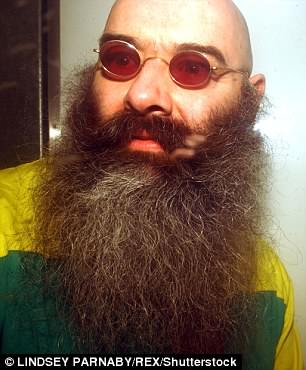 Charles Bronson, 65, and his bride, 37, have endured a rocky start to their relationship over strange demands from Charles, it is claimed

Paula married Bronson in HMP Wakefield in West Yorkshire in November 2017. After a row over his wedding pictures he was moved to Frankland prison in County Durham, hundreds of miles away from his wife.

In another blow to the Bronson marriage, Paula has reportedly learned her new husband is still in contact with Lorraine Etherington – his ex.

Bronson is reportedly writing to her – upsetting his third wife.

Paula told The Mirror: ‘I love Charlie but I can’t deny that things have become very difficult.’

The couple were married in front of an audience of four, and came down the aisle to the Death March after Bronson switched the music.

The prisoner wore a trilby and Union Jack shoes and socks with moustache pictures on them.

Months after the ceremony, the inmate’s supporters are complaining about his treatment in prison.

After staff shortages at HMP Frankland – dubbed Monster Mansion as it houses some of the UK’s most dangerous prisoners – the prisoner had to meet visitors in a ‘secure room’.

Separated by a bullet proof window he could not be handed two apple pies, his favourite food, some bananas and a milkshake.

Pal Rod Harrison, who was best man at Salvador’s wedding to Paula Williamson in November last year, said during a visit last week he took in the treats in for Salvador.

He said, however, he was not allowed to hand them over to the prisoner – who has been in jail since 1974 – after prison chiefs said there were ‘staffing issues’.

Writing last week, Mr Harrison – known as Rod the Mod to pals – said that ‘due to staffing issues’, Salvador was not even allowed his ‘legal visits’ from lawyers in the normal visiting room. 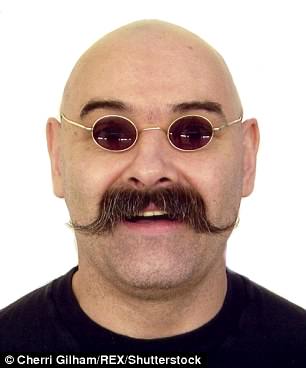 Charles Bronson, who changed his name to Charles Salvador while behind bars was jailed in 1974 but has been unable to get parole because of his violent behaviour

He added: ‘His other visits are closed behind glass, not as a punishment, but because they say they have not got enough officers to oversee the visit.

‘After purchasing food on my last visit for us both, when I got on the visit I was told there was no staff to take Charlie’s canteen to him.

‘So we sat there for over a hour and a half with Charlie looking at his canteen through the glass – he was not even allowed a drink.’

In a poem written on the day of the visit from Mr Harrison – on April 19 this year – Salvador wrote how he was left ‘dribbling’ looking at two apple pies Mr Harrison had brought in for him.

Salvador wrote: ‘Two apple pies and bananas looking at me – with a bottle of (milk)shake behind bullet proof glass*just looking – eat me, drink me, here I am.

‘Cruel and nasty, just looking at me, I’m dribbling. Hungry.

‘What a joke, what a farce, life’s so unfare (sic) – a plate full of goodies, a dream like vision, bloody looking at me – I’m going to bed, goodnight.’

Bronson, who is now called Charles Salvador after changing his name by deed poll in tribute to artist Salvador Dali, is serving a life sentence for robbery and kidnap in Wakefield prison.

Bronson was jailed for armed robbery in 1974 but has seen time added on to his sentence for multiple violent outbursts inside.

Paula appeared as a stripper in Emmerdale and on Coronation Street in 2008, 2011 and 2012 as an unnamed Nurse at Weatherfield General.