I know this all too well from long and painful personal experience. We receive so much kindness from people, which really does make a difference.

This is why I am determined to join the 27,700 people who have signed up to the Mail’s excellent campaign to create more Helpforce volunteers for our National Health Service.

In 2016, I was a proud first-time mum with an adorable two-month-old baby boy, Charlie. But his father, Chris Gard, and I were concerned that something wasn’t quite right; Charlie wasn’t putting on sufficient weight and he didn’t appear to be as strong as other babies his age.

We were admitted to our local hospital and then Great Ormond Street in London. Tests showed he had a genetic condition called mitochondrial depletion syndrome.

That was the start of a nine-month hell, which you wouldn’t wish on your worst enemy. It culminated, tragically, in the death of our gorgeous boy just before his first birthday.

We’d fought a frantic but ultimately unsuccessful legal campaign to get Charlie pioneering treatment in the US; a treatment that was originally offered to him but then deemed unacceptable in the eyes of the hospital management. 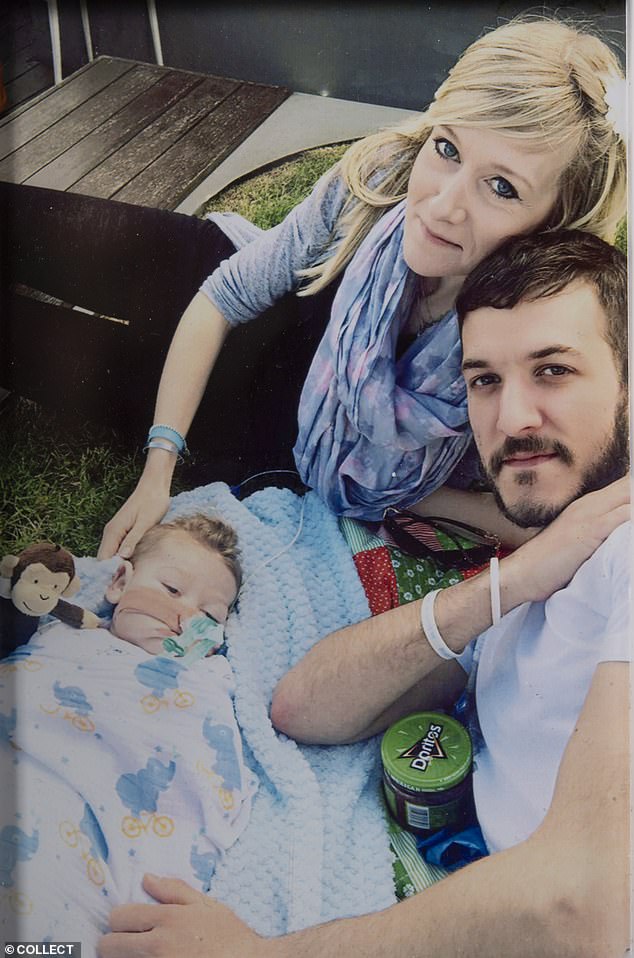 Despite the best efforts of our brilliant lawyers, Charlie simply ran out of time. What was already an intensely painful personal crisis was being played out in an international spotlight.

Suddenly, everyone seemed to have heard of Charlie Gard, and everyone appeared to have an opinion, too. We found our case attracted interventions from people such as Donald Trump and the Pope. It raised fundamental issues ethically, legally and morally, and we remain deeply touched by all the worldwide support.

And at the heart of all this was our brave little boy, and two shell-shocked parents doing our very best to give him all the love and comfort we could provide during a life cut tragically short.

Looking back on all the misery, however, I can still recall those special moments when a little light shone through the darkness.It’s those flashes of simple human kindness that engrave themselves in the mind. Our struggles with the management at Great Ormond Street are well known but we have nothing but the highest praise for the nurses and doctors who looked after Charlie, day in, day out. 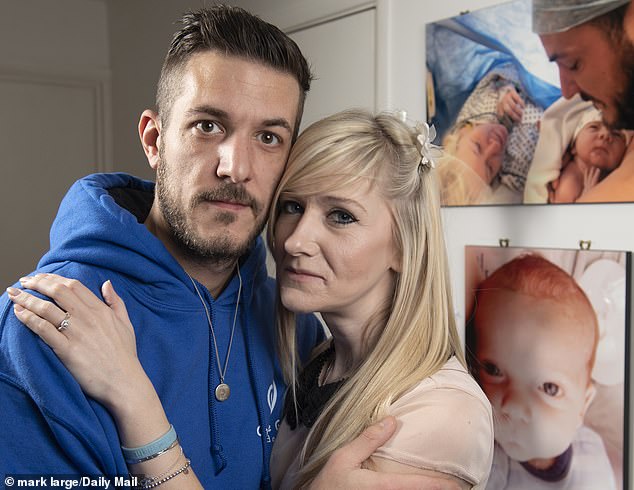 And there were other people doing their best to make life easier for everyone – staff and patients alike.

Great Ormond Street is blessed with many volunteers. One who sticks in my mind is a man called John. I’m not sure we ever knew his surname, but he was a professional masseur and he would come round every week offering free massages to parents.

It’s impossible to explain the tension of looking after a critically ill child – let alone when you are simultaneously fighting a court case. But I remember how, for a 30-minute spell each week, there was this brief respite from that tension.

Here was a small thing which, for a little while, really did make a difference. I could never have slipped out of the hospital for something like a massage. It would have felt wrong, and for the entire time that Charlie was in hospital I barely left his bedside. 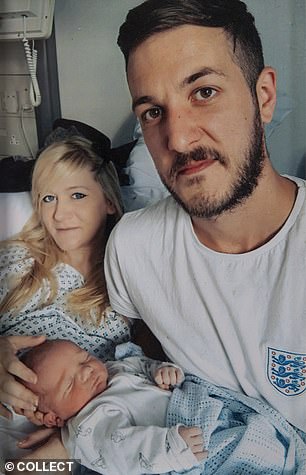 I didn’t even go home. So having someone provide something as simple as a massage was greatly appreciated. Then there was another volunteer, a retired nurse who came in frequently. She understood the importance of just talking to people and listening. She wasn’t involved in Charlie’s medical care but she was just there for us and others if we needed her. She’d have a chat about anything and everything.

These small acts of kindness really do the world of good.

A famous hospital such as Great Ormond Street will have quite a few volunteers, and as soon as you step through the door you’re greeted by volunteers, but many hospitals won’t have this facility.

That’s why the Mail’s campaign is so important.

Charlie was fortunate enough to receive a one-to-one nurse but most hospitals are overstretched and nurses simply don’t have the time to commit to patients; the help of a volunteer is vital in assisting our hard-working NHS staff and to make families’ experiences that little bit easier.

I was fortunate that my mother, Elizabeth, came up to the hospital every day, to see Charlie but also to bring me dinner.

Even the largest hospitals could still do with more help with some of the little things such as having someone to go to the shop or canteen to buy food.

When you’re looking after a sick child, you don’t want to be away for any period of time. Families on the regular wards had access to things such as toast and cereal, but this didn’t apply in intensive care. There was a family room with a fridge and a microwave, but you had to leave the hospital if you wanted to buy food to cook, which wasn’t always convenient. 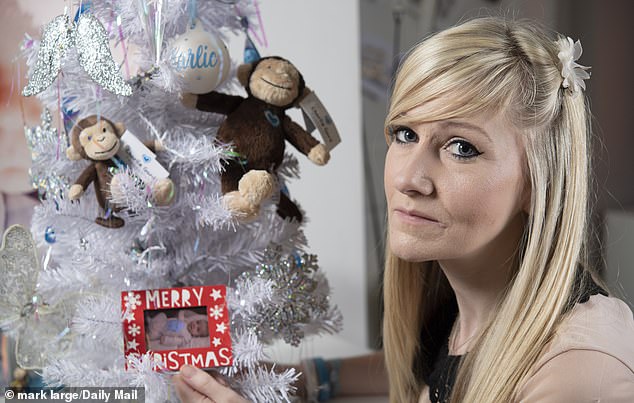 I couldn’t bear to eat out in a restaurant as they were full of people laughing and enjoying themselves, and that just made us feel guilty and sad.

I know it sounds like a very minor point but, in the end, most people end up giving meals a miss. I lost nearly 2st – even though I was fortunate to have my mum, I still skipped breakfast and lunch. I don’t think I was hungry anyway.

Looking back, there were moments when it would have been lovely if I could have given some money to someone and asked them to nip out for something healthy to eat.

We were allowed to take Charlie away from hospital to spend his precious final hours in a hospice.

The Great Ormond Street nurses are trained so as not to be emotional, but many were in tears when we left. It was the last time we could spend together as the family we’d always planned to be.

Like the hospital, the hospice had some wonderful volunteers.

I remember someone who offered to take some high quality photographs of us together. There’s this wonderful charity set up by professional photographers called Butterfly Wishes, and they all volunteer their time to take the most precious photos a family will ever have.

Arranging a photographer is the last thing you would ever think of in such a situation, but can there be anything more priceless than those memories of your final moments with the person who means more to you than anyone or anything in the whole world? Volunteers really are amazing.

After Charlie’s death, we set up the Charlie Gard Foundation, which supports the fight against mitochondrial disease. Charlie’s plight also inspired us to campaign for what we are calling Charlie’s Law: a change to existing legislation that will prevent cases such as ours escalating the way it did.

We’ve been working tirelessly ever since Charlie’s death in July 2017 with NHS medical professionals, parents, legal experts and world leading ethicists to make things better for everyone involved in the future. We want to protect the sacred patient-doctor bond of trust and ultimately make sure our son’s death was not in vain. We’re hoping to introduce Charlie’s Law very soon in our son’s memory.

Going forward, we want to do everything in our power to help other parents and medical professionals, which is why we’re backing the Mail’s campaign for NHS volunteers.

We’ve seen first hand how much doctors and nurses have to cope with, and know how much volunteers can make a difference. We need to protect the sacred relationship between patients, carers and doctors, for the benefit of everyone. Initially, I offered my services as a volunteer at the hospice where Charlie passed away, but they have a policy that you must wait three years after a bereavement.

That seems sensible, but in the meantime I want to give some of my time in support of those key frontline NHS staff who we came to know so well they almost became part of the family.

I don’t mind what duties I’m given, but I would be very happy to work on a ward with sick children and help their parents.

In our last public statement before Charlie’s death Chris and I wrote: ‘The last 12 months have been the best, the worst, and ultimately most life-changing months of our lives. But Charlie is Charlie, and we wouldn’t change him for the world. All our efforts have been for him.’

Take it from me, those efforts were made easier by people who gave their time freely and willingly — and now it’s time for me to do the same.