Disgraced TV anchor Charlie Rose is being lined up for a show in which he will interview other high-profile men implicated in #MeToo sexual harassment scandals, an outraged Tina Brown has revealed.

Brown, a prominent feminist, was sent an email asking if she wanted to produce the show but immediately turned the offer down, she told an audience on Tuesday at the Brooklyn Bridge Park Conservancy’s Women’s Luncheon.

‘Tina said she’d just been e-mailed about co-hosting a new show with Charlie Rose, in which they’d interview Louis C.K., Matt Lauer’ and others caught up in the #MeToo sexual harassment scandals,’ a source told Page Six. 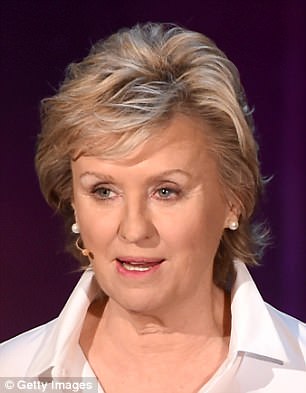 Charlie Brown (left, in New York in November 2017) is being lined to star in a show in which he will interview prominent men caught up in #MeToo allegations, according to Tina Brown (right, in New York on April 14)

Brown is said to have exclaimed to the audience: ‘These guys are already planning their comebacks!’

Three guests at the lunch remembered Brown saying the programme was pitched as a ‘Netflix show’, but the streaming service insisted it had nothing to do with it.

It is therefore unclear what broadcaster would be producing the new programme.

Rose was spotted out and about in New York City on Wednesday, dining at the trendy new Tribeca eatery Frenchette with Sean Penn.

He had spent his time since being fired at his multi-million dollar compound in Bellport on Long Island, the same estate where he allegedly harassed multiple women.

Rose is said to be eager to launch his comeback after being fired by CBS in the wake of a Washington Post piece in which eight women claimed they were sexually harassed or assaulted by the journalist. 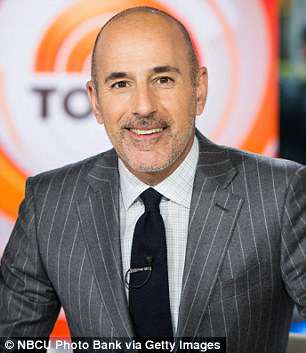 His eponymous interview show was also cancelled by PBS and Bloomberg, who broadcast the program and allowed Rose and his employees to use their Manhattan office.

Fellow Comedians Dana Min Goodman, Abby Schachner, Julia Wolov, Rebecca Corry all claimed Louis had either pleasured himself in front of them, asked to do it or did so over the phone in the last 15 years.

A fifth woman had similar allegations that were published in a New York Times report but she did not want to be identified.

The day after the allegations were made public, C.K. released a lengthy statement admitting the claims were true but that he never showed women his ‘d**k without asking first’.

These included claims, reported by Variety, that Lauer summoned a female employee to his office where he dropped his pants, exposing his penis.

Lauer was also accused of buying a sex toy for a co-worker and quizzing women on who they had slept with.

He apologized for his behaviour but insisted some of the allegations were ‘untrue’. 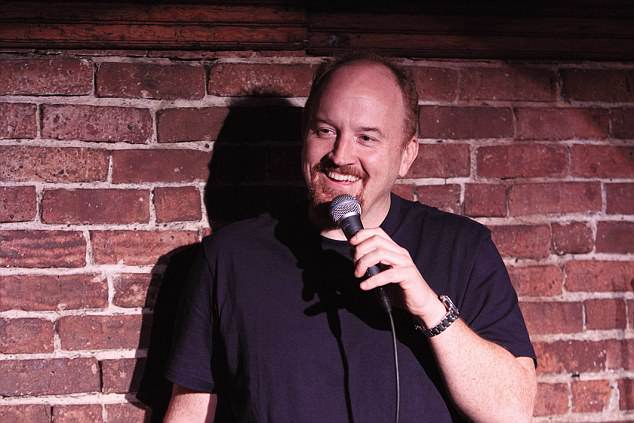 Louis CK was accused of sexual misconduct by five women last year. He is pictured performing at a comedy show on an unknown date