As Megyn Kelly is negotiating her exit from NBC, her doppelganger Charlize Theron has been spotted portraying the television host on set of the new Roger Ailes film.

Photos obtained exclusively by DailyMail.com show Theron bearing a striking resemblance to Kelly on the same day the 47-year-old former Fox News host is reportedly being ousted from NBC over her controversial remarks defending blackface on Today.

Theron, 43, was seen all smiles Thursday while on set in Los Angeles as she left a trailer sporting Kelly’s blonde locks in a white t-shirt and jeans. She then changed into one of Kelly’s more conservative looks – a black dress with a much shorter hairdo.

Meanwhile, the real Megyn Kelly was last spotted publicly Wednesday in New York City with a solemn demeanor as she suits up for a $69million battle with NBC and looks to enlist journalist Ronan Farrow when she begins her exit talks with the network. 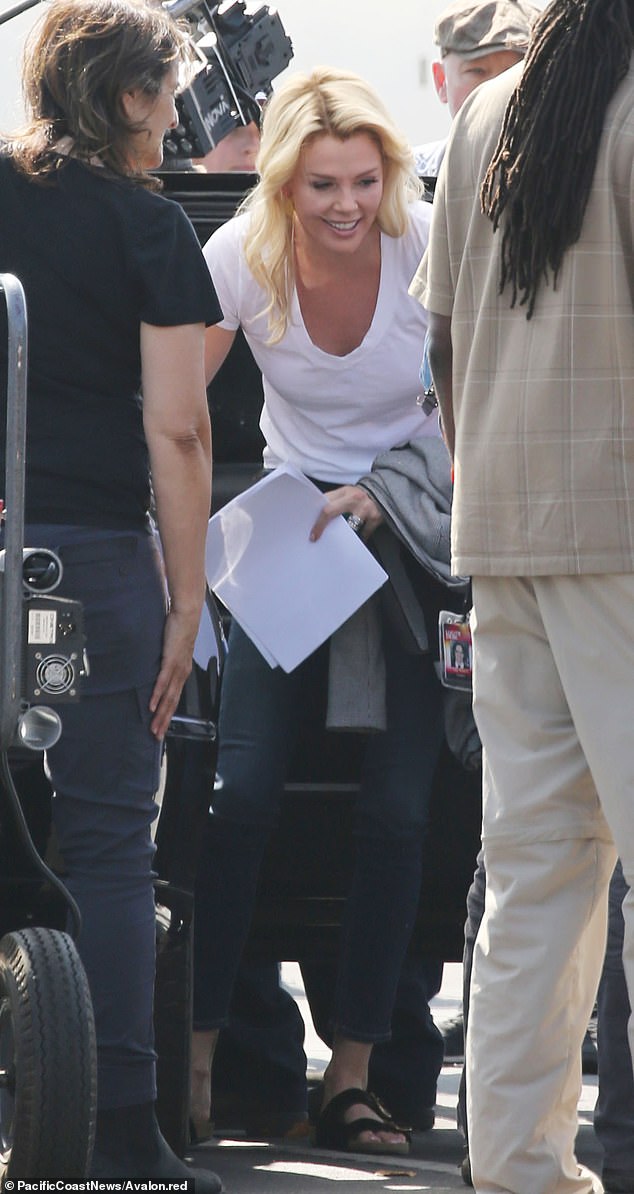 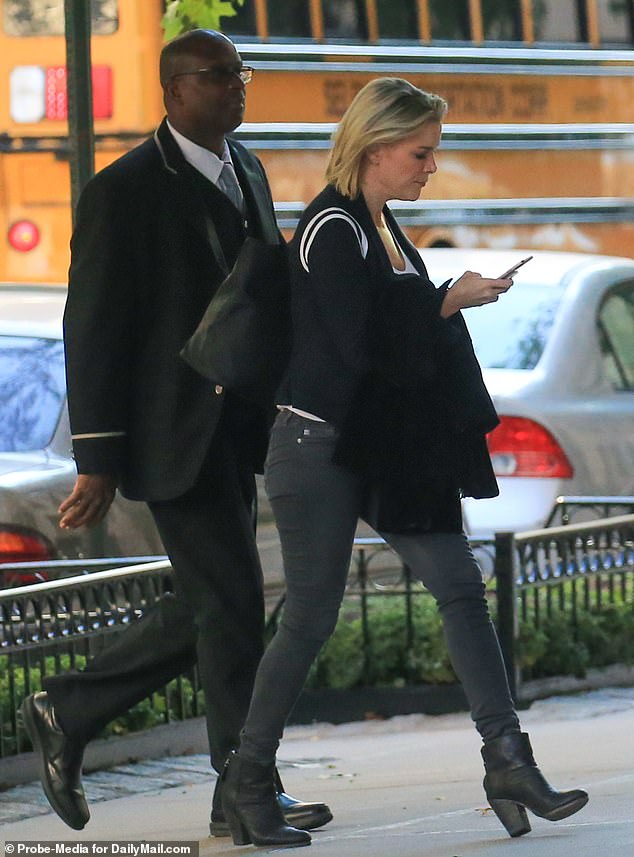 Kelly last was spotted in public on Wednesday, returning home to her Upper West Side apartment. She appeared down cast as she stared at her phone

The unnamed film, produced by BRON Studios, will center around the women at Fox News Channel who were sexually harassed by network chief Roger Ailes.

DailyMail.com has confirmed an earlier report from Page Six that Kelly is looking to have journalist Ronan Farrow join her when she begins her exit talks with the network.

Kelly’s attorney asked NBC executives on Thursday if Farrow could attend the meeting according to an insider from Kelly’s camp, who also noted that the date and time for this meeting has still not been confirmed.

Multiple sources confirmed to DailyMail.com earlier in the day that Megyn Kelly was out at NBC.

That move comes just 48 hours after the embattled host made remarks in which she defended blackface on Today. 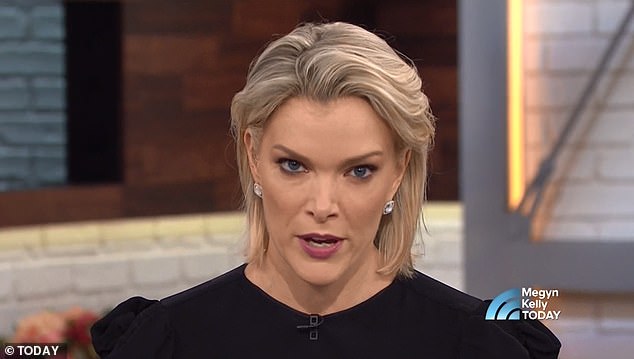 Sources confirm to DailyMail.com that Megyn Kelly (above on Wednesday) wants Ronan Farrow to attend her exit talks with NBC, and her lawyer has put in that request 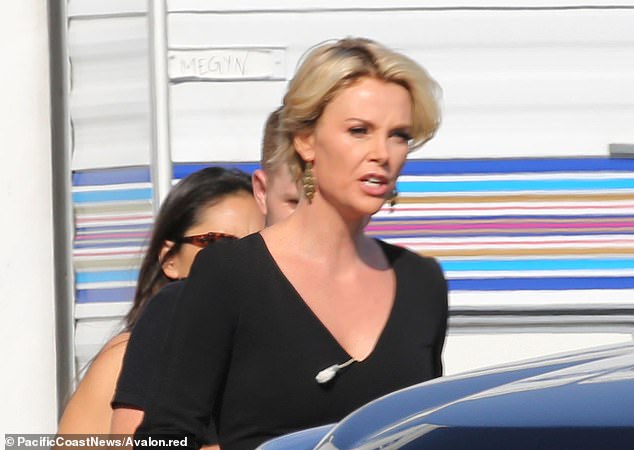 The unnamed film, produced by BRON Studios, will center around the women at Fox News Channel who were sexually harassed by network chief Roger Ailes

Kelly tried to deal with the scandal by delivering a tearful apology on-air and welcoming two black panelists to discuss the fraught and horrifying history of the practice, but it did no good.

‘Megyn Kelly is done. She is not ever coming back,’ said an NBC executive with knowledge of the situation.

‘We are just working out timing of the announcement but mark my word – she is gone and will never be seen on NBC live again.’

The source then added: ‘Here’s the worst part – her deal is a non-break deal – so she walks away with all that money. It’s disgusting and heads should roll here because of it.’

A spokesperson for NBC declined to comment at this time.

And it looks like Kelly could be heading for a homecoming of sorts.

A network news insider tells DailyMail.com that there are tentative conversations underway about Kelly returning to Fox News or its new online venture Fox Nation, whose viewers despise what they perceive as ‘political correctness’ and would likely welcome her back with open arms.

Kelly was not particularly popular when she left the network among the staff, but many of her biggest detractors have since left Fox News.

A Fox News spokesperson responded to this by stating: ‘We are extremely happy with our entire line-up.’