Charlize Theron was spotted looking just like Megyn Kelly while modeling a fitted white dress and nude heels during the filming of her new movie entitled Fair And Balanced.

The 43-year-old actress was the spitting image of the journalist while filming for the movie in Los Angeles, California, on Wednesday.

During the shoot, Theron wore her blonde hair pulled back into a style that mirrored what Kelly, 48, wore when attending The Tonight Show Starring Jimmy Fallon in 2016. The start of filming for Theron’s movie comes just two months after Kelly’s Today segment was cancelled. 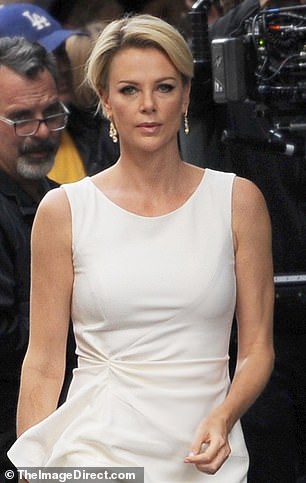 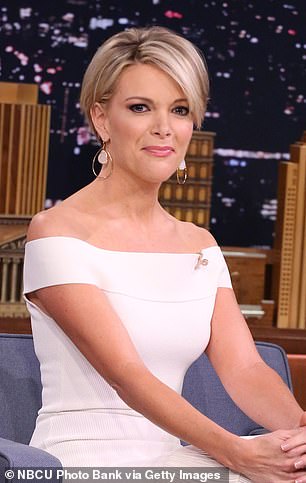 Look-a-like: The 43-year-old actress, who donned a tapered, white dress, was the spitting image of her real-life character Megyn Kelly 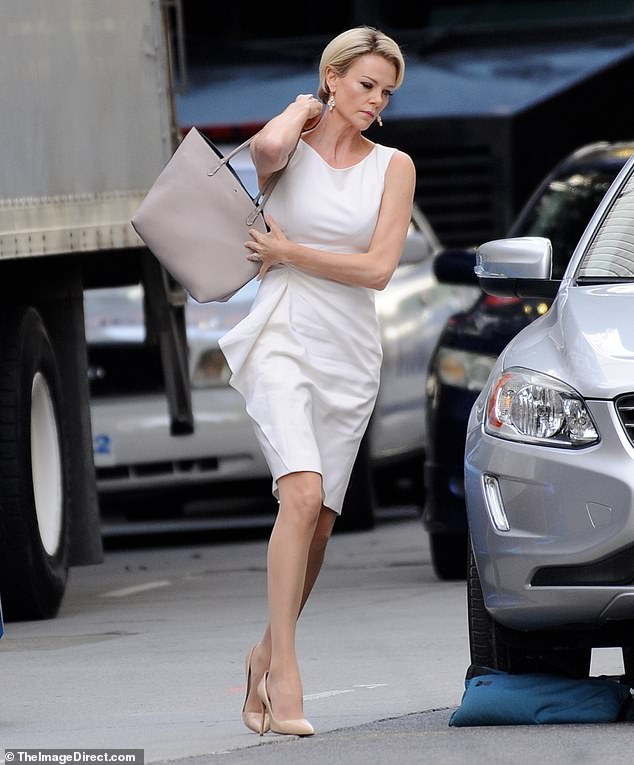 Business chic: Theron teamed her white dress with nude pumps and a tote bag as she played Kelly from when she worked for FOX News 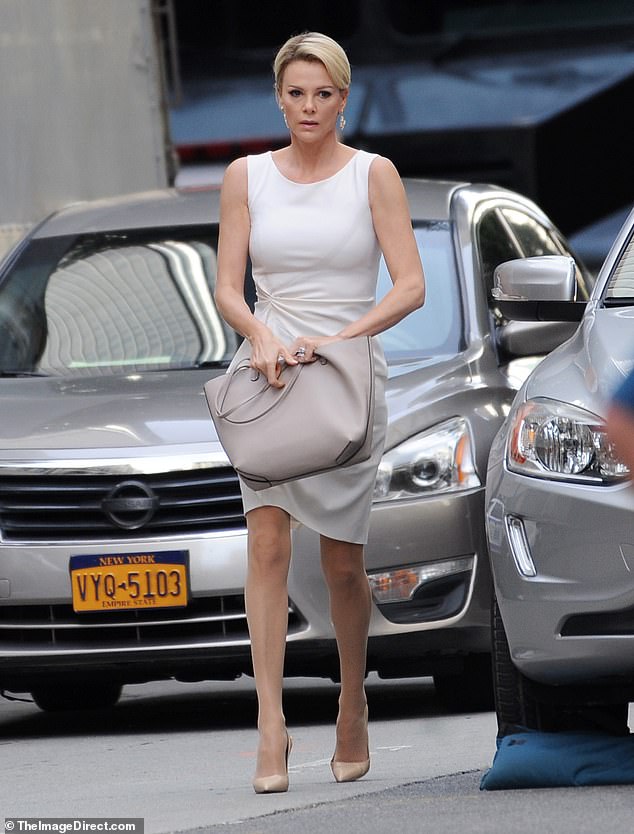 Bio-drama: Fair And Balanced follows the women of FOX News, who were instrumental in ending the career of CEO Roger Ailes and his years of sexual misconduct, including Kelly

Kelly’s show was taken off the air in October of this year after she made blackface comments that caused outrage among the public.

At the time, Kelly was discussing with a panel ahead of Halloween the decision for people to dress-up and make their skin darker to fit a specific costume.

‘But what is racist?’ Kelly asked the panel at the time. ‘Because you do get in trouble if you are a white person who puts on blackface on Halloween, or a black person who puts on whiteface for Halloween. Back when I was a kid that was OK, as long as you were dressing up as, like, a character.’

After outrage ensued among the public, Kelly apologized for her comments on the show and then held a discussion to better understand why her insensitive statement was a problem.

‘One of the wonderful things about my job is that I get the chance to express and hear a lot of opinions,’ Kelly said at the beginning of her show.

‘Today is one of those days where listening carefully to other points of view, including from friends and colleagues, is leading me to rethink my own views.’

But that didn’t stop NBC executives from deciding to take her show off the air over the insensitive comments. 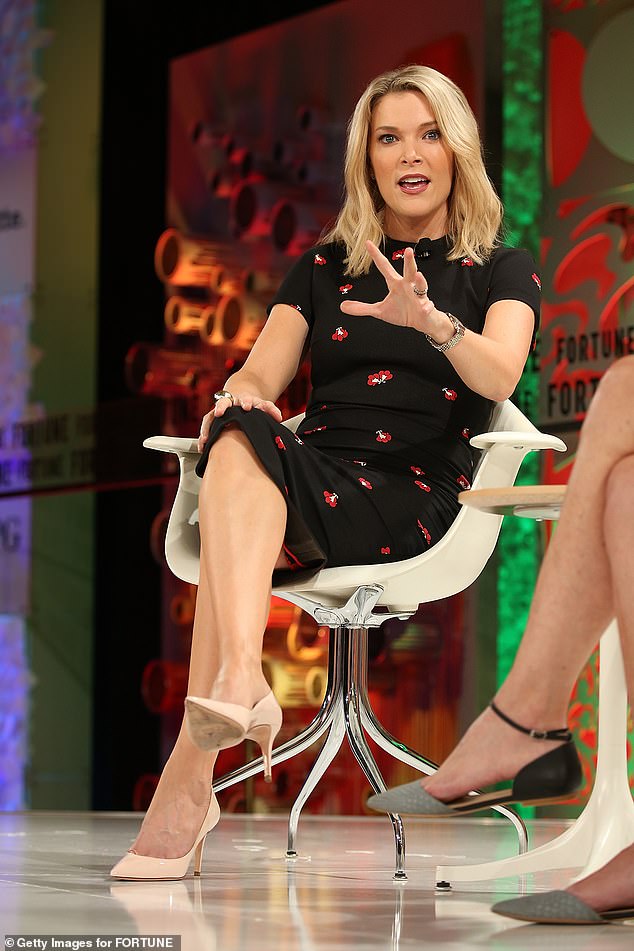 Misspoke: Kelly’s NBC morning show was cancelled back in October due to a series of insensitive comments about blackface 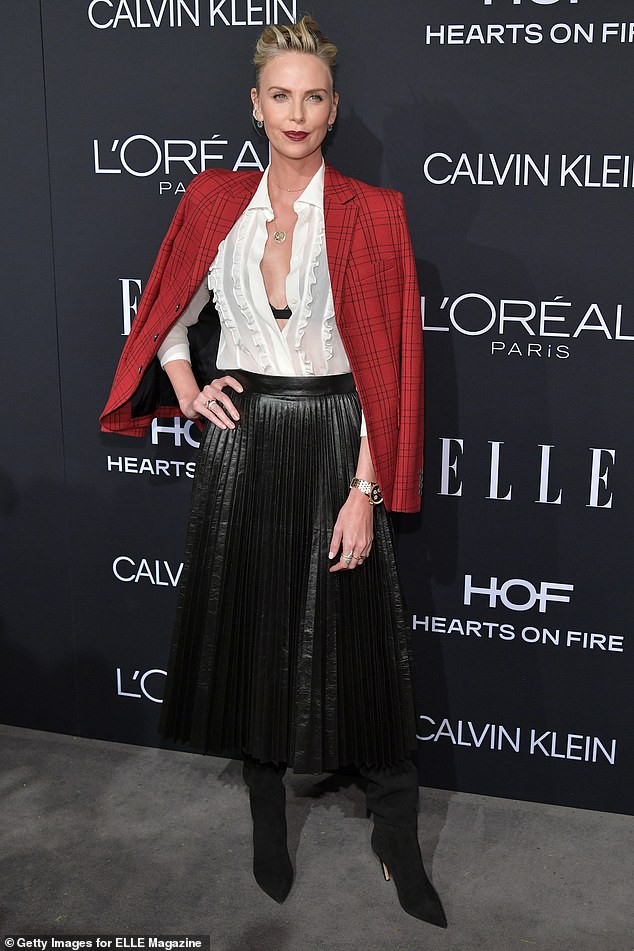 Two cents: While chatting with Extra in early November, Theron weighed in on the scandal. ‘Listen, people are complicated… honestly, I think the story broke on day two of shooting,’ she said. ‘Obviously, we all saw it was happening. It’s not what the movie is about’

Megyn Kelly Today was cancelled on Oct. 26, but the journalist is still an employee of NBC as contract negotiations continue.

It is possible that Kelly could walk away with $69million in an exit package from NBC because that was what her three-year contract with the studio stipulated.

Theron’s portrayal of Kelly in Fair And Balanced is not focused on the journalist’s career at NBC, but instead follows the women of FOX News who were instrumental in ending the career of CEO Roger Ailes and his years of sexual misconduct.

Multiple women came forward with allegations of sexual misconduct towards the CEO, but he continued to deny all claims at the time.

It was Megyn Kelly’s private testimony that ultimately led to Ailes’ 2016 resignation —less than a year before his 2017 death at 77 years old.

While chatting with Extra in early November, Theron weighed in on the scandal with Kelly and her showing getting cancelled.

‘Listen, people are complicated… honestly, I think the story broke on day two of shooting, which, at the beginning of production, everything is so insanely crazy,’ she said. ‘Obviously, we all saw it was happening. It’s not what the movie is about.’

Theron added: ‘I don’t have the time right now, being an on-set producer and acting in this film and having two kids, to have any kind of perspective on it.’

When asked on the street in a video obtained by DailyMail.com whether she plans to return to television, Megyn confidently said: ‘You’ll be seeing me.’