Charlize Theron showed off her fit figure on Saturday as she indulged in another workout session.

The 43-year-old Tully star was clad in all black as she was seen leaving a SoulCycle class in west Hollywood.

Clearly having worked up a sweat, the actress emerged with glowing red cheeks as she covered her head in a ‘Gringo’ baseball cap.

All black everything: Charlize Theron showed off her fit figure on Saturday as she indulged in another workout session at SoulCycle

Charlize wore a black tank top and long leggings along with some slides.

She carried her cycling shoes under one arm as she headed into a nearby store to get a smoothie.

The Oscar-winner sported some chic cat-eye sunglasses as she kept a low profile in the upscale neighborhood. 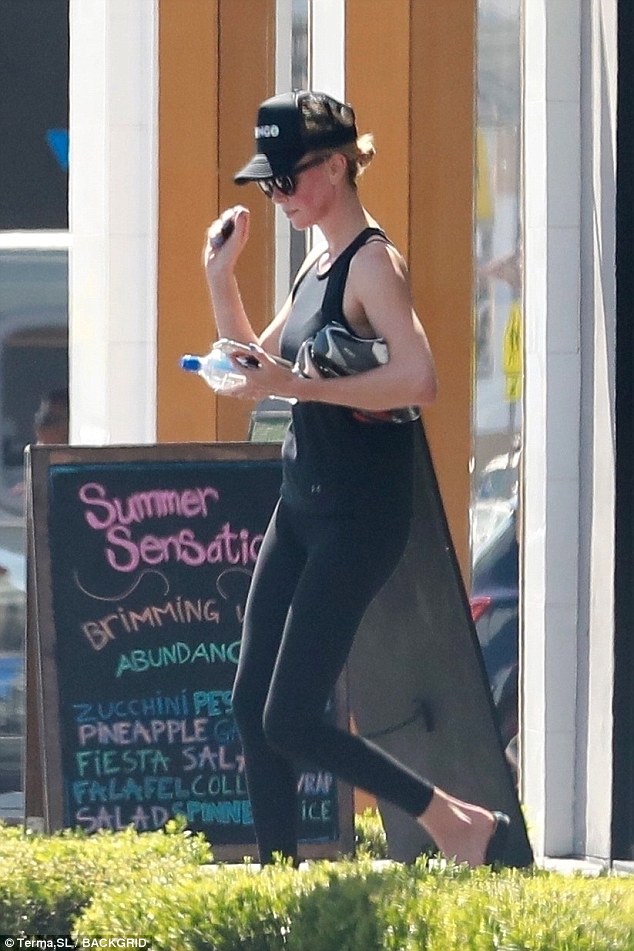 Slender star: The 43-year-old actress teamed black leggings with a black tank and covered her head with a baseball cap

The Academy Award-winning actress plays the role of American TV presenter Megyn Kelly in an upcoming drama about the fall of Fox News CEO Roger Ailes, and Charlize has revealed why she was determined to become involved with ‘Fair and Balanced’, which is helmed by Jay Roach.

She explained: ‘I think it’s an important story.

‘It was written really well, and I think it was the writing, and the filmmaker, that made me realize it was in the right hands.’

The upcoming movie focuses on the story of a woman at Fox News who decided to fight back against harassment and intimidation, which led to Ailes being fired by the TV network.

Charlize told Entertainment Tonight: ‘We need to tell these stories, for sure.’ 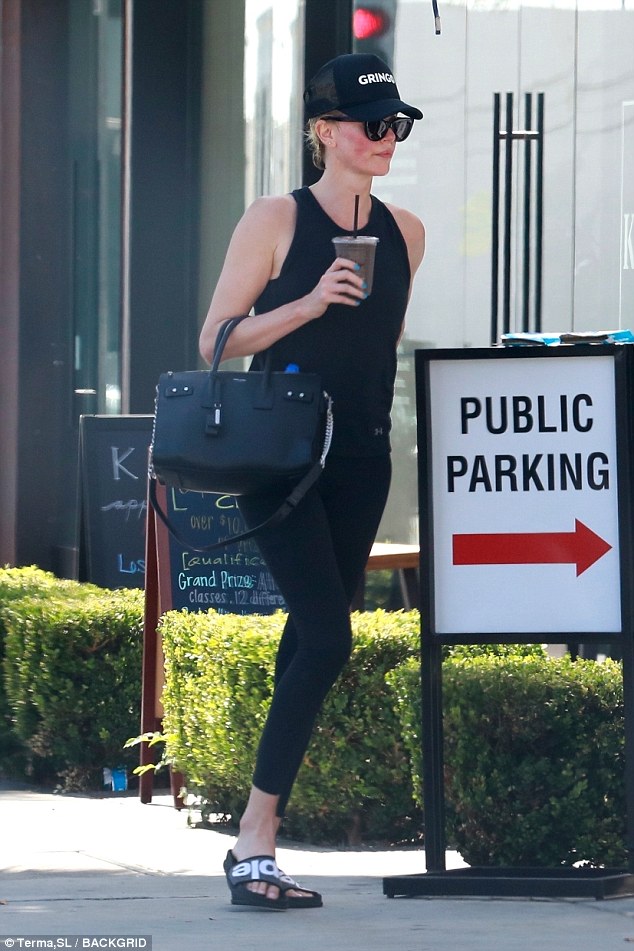 Refreshment: The South African born beauty carried a healthy smoothie with her

Meanwhile, Charlize previously claimed that being an immigrant in America encouraged her to work extra hard to make it in Hollywood.

The 43-year-old actress has established herself as one of the movie industry’s most in-demand stars, but she admitted that her original ambitions were much more modest.

Charlize explained: ‘My dream was to pay my bills and not have to get a second job. I loved having the opportunities I got in acting, and I worked hard knowing that those opportunities could be fleeting.

‘I could be on a flight back to South Africa. I didn’t have a family in the US; I didn’t have a support system here. That drove me – I was responsible for myself, and I could not take anything for granted. 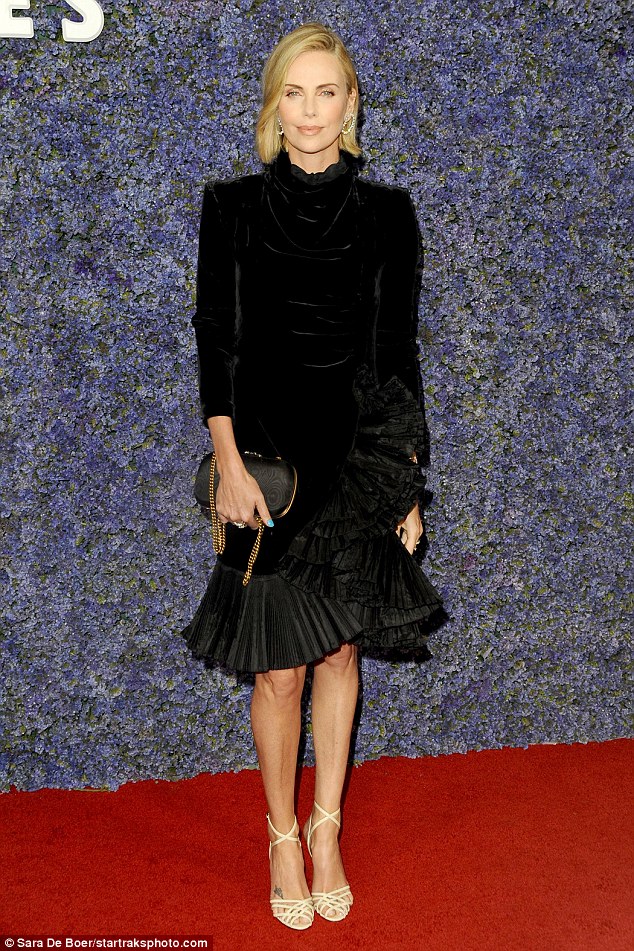 Star studded event: On Thursday night the star put in a chic appearance at the Palisades Village Opening bash