She recently vowed she would ‘shape up’ following her nasty split from Stephen Bear.

And Charlotte Crosby has now revealed she’s lost 5lbs in just 12 days as she continues to move on from her heartbreak.

The reality star, 27, posted a snap of her slimmed-down physique on Instagram on Wednesday, showcasing her look in very tight gym wear.

The heartbreak diet: Charlotte Crosby has now revealed she’s lost 5lbs in just 12 days as she continues to move on from her split from ex-boyfriend Stephen Bear

Charlotte captioned the post: ‘day12 of #30DayBlitz smashed 5 pounds down.’

The former Geordie Shore star recently admitted she wanted to ‘shape up’ following her split from Bear, speaking on This Morning about her plans for the future.

She said: ‘You have to turn it into a positive, to look the best you can look to get back at them, so they are looking at you going “How did I let them go?'”

The TV personality also revealed she had undergone a secret boob job in November after online trolls cruelly labelled her breasts ‘deformed’. 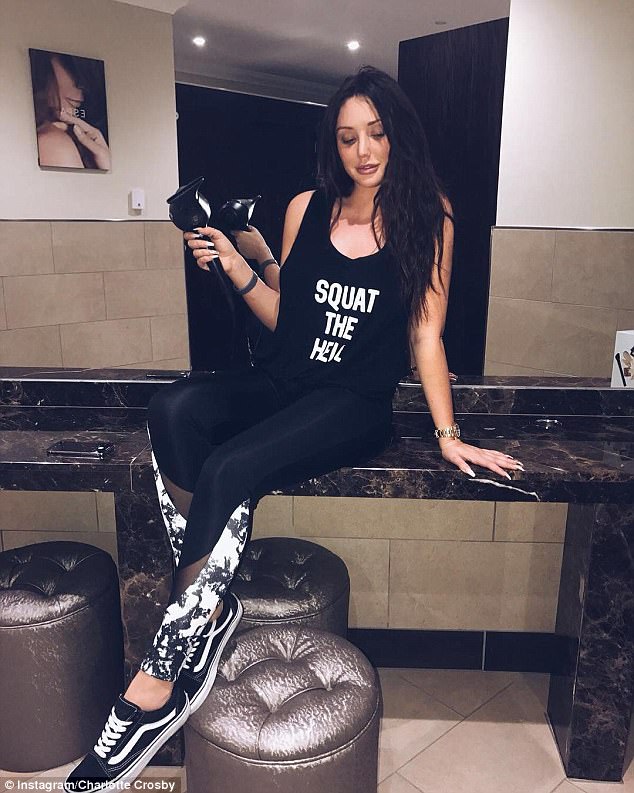 Sensational: The reality star, 27, revealed she wanted to ‘shape up’ following her split from Stephen Bear in December 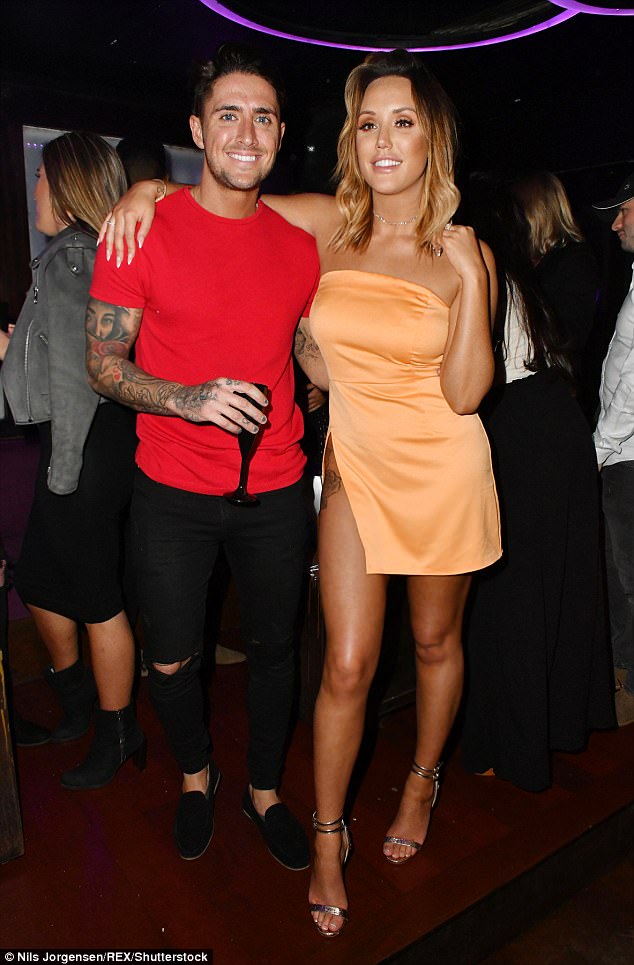 Old flame: Charlotte and Bear split after ten months in a rocky romance, although Bear attempted to win his ex back in a grovelling apology (pictured in May 2017)

Charlotte and Bear split in December after ten months together, though the pair’s relationship was nothing short of rocky.

The couple originally called it quits in October, before reconciling just days later.

Despite calling it quits again just before Christmas, Bear posted a grovelling snap on Instagram begging Charlotte to take him back.

Charlotte is also no stranger to weight loss struggles, after unflattering bikini snaps in 2014 spurred to star to lose two-and-a-half stone and four dress sizes. 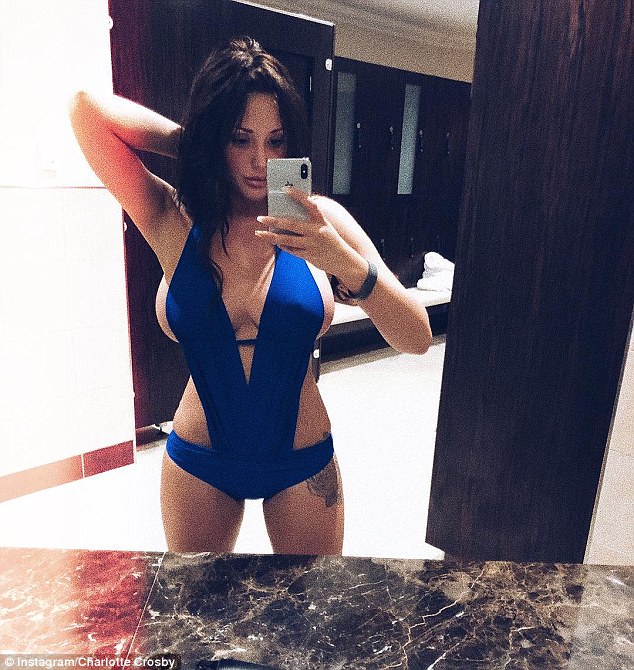 Sensational: Charlotte has been showing off her incredible figure in recent weeks, and revealed she underwent a secret boob job late last year

The beauty unveiled her new look in 2015 during an appearance on This Morning, after she admitted to drinking pints of Irish cream Baileys.

She said: ‘I’ve changed my lifestyle to be healthier. I still drink but I’ve cut it down, I used to have pints of Baileys, I loved it.

‘Before I didn’t do any exercise. I did not want to go to gym, I felt intimated as I didn’t know what I was doing and I felt like people were staring at me.’