Charlotte Hawkins gives her definitive answers to our most probing questions

We ask a celebrity a set of probing questions – and only accept THE definitive answer. This week: Good Morning Britain’s Charlotte Hawkins

The prized possession you value above all others… My diamond engagement, wedding and eternity rings. I designed them with my husband Mark, whom I married in 2008.

The biggest regret you wish you could amend… I wish Mark and I had kept the first house we bought together about 15 years ago. Since we sold it it’s tripled in value.

The pet hate that makes your hackles rise… Getting endless options when I phone a call centre, only to be sent back to the main menu. It drives me crazy.

The book that holds an everlasting resonance… The Circle by Dave Eggers. It’s set in the future and is about a world obsessed with living life through social media.

The temptation you wish you could resist… I started drinking tequila at the Strictly Come Dancing wrap parties when I was a contestant last year. It makes everything go with a swing!

The priority activity if you were the Invisible Woman for a day… I’d follow Vladimir Putin to discover his intentions for the West and what happened with the poisoning in Salisbury.

The film you can watch time and time again… Trolls has a good moral message for kids and a great soundtrack. I watch it with my daughter Ella Rose, who is three.

The person who has influenced you most… My dad, Frank, a kind and honest person. He was a canon at Chichester Cathedral and taught me to be open to alternative views. He died from motor neurone disease in 2015.

The figure from history for whom you’d most like to buy a pie and a pint… Emily Wilding Davison, the suffragette who threw herself in front of King George V’s horse at The Derby in 1913. I’d ask for her thoughts on equality now.

The piece of wisdom you would pass on to a child… Use every moment to work out who you are and flourish as that person.

The unlikely interest that engages your curiosity… I learnt rowing for the BBC vs ITV boat race for Sport Relief and I love it. It’s like a dance on water.

The treasured item you lost and wish you could have again… The ability to have a lie-in. My body is so used to getting up at 3am for work, at weekends I wake up at 5.30am and feel it’s late.

The unending quest that drives you on… To make the most of my life.

The poem that touches your soul… This quote from Professor Stephen Hawking, whom I met many times as I’m a patron of the Motor Neurone Disease Association: ‘Remember to look up at the stars and not down at your feet. Be curious. And however difficult life may seem, there is always something you can do and succeed at. It matters that you don’t just give up.’

The happiest moment you will cherish forever… Showing Mark my positive pregnancy test after trying to conceive for more than four years.

The misapprehension about yourself you wish you could erase… That I’m quiet. I just can’t get a word in edgeways sitting next to Piers Morgan on Good Morning Britain.

The crime you would commit knowing you could get away with it… I’d steal Piers’s mobile phone. He’s surgically attached to it.

The event that altered the course of your life and character… Volunteering for hospital radio in London when I was 21. A producer called Paul Russell encouraged me to follow my dream of a career in journalism.

The song that means most to you… Get Back Up Again from Trolls kept me going through Strictly. I loved the challenge, but it was a real struggle.

The saddest time that shook your world… My dad dying a month before Ella Rose was born. It was expected but it turned my life upside down. 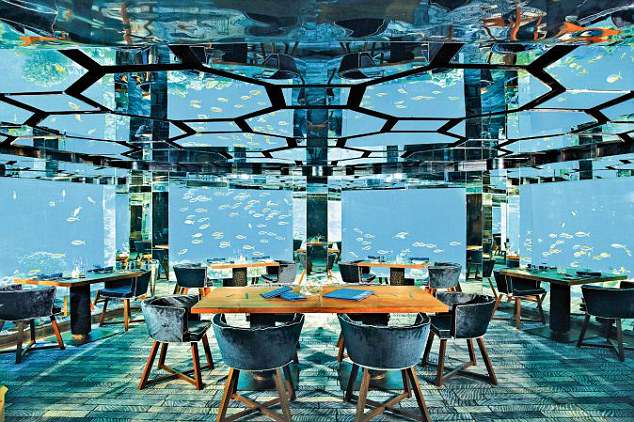 The way you would spend your fantasy 24 hours, with no travel restrictions… I’d start with a safari at Shamwari Game Reserve in South Africa, with Mark and Ella Rose. Then we’d have an enormous brunch, starting with champagne and oysters, at a luxury hotel in Dubai.

I’d go shopping in London with an unlimited budget and no crowds! After that I’d do some gardening and relax at my Surrey home.

Mark and I would have a sundowner gin and tonic at Victoria Falls, Zimbabwe, then go to this amazing underwater restaurant in the Maldives for dinner. I’d end the day dancing in Ibiza with friends. Tequila may feature!

The unfulfilled ambition that continues to haunt you… To write a novel. I have a great first line!

The philosophy that underpins your life… A line by Dev Patel in The Best Exotic Marigold Hotel, ‘Everything will be all right in the end. So, if it’s not all right, then it’s not yet the end.’

The order of service at your funeral… The music will be Time To Say Goodbye, Taco Bell Canon in D, Bend & Break by Keane and the hymn Lord Of The Dance. I want a big party where everyone has a shot of tequila.

The way you want to be remembered… For being a nice person.

The Plug… Charlotte hosts André Rieu’s Amore, My Tribute To Love in cinemas 28-29 July (andreincinemas.com) and is on ITV’s Good Morning Britain weekdays from 6am.