Hero Charlotte Hornets basketball star Frank Kaminsky, 25, carries a baby down 49 stories as his high rise building is evacuated for a bomb threat

Basketball star Frank Kaminsky of the Charlotte Hornets proved that he’s much more than an athlete – he’s a Good Samaritan too.

The 25-year-old athlete was playing the video game Fornite and eating Cheez-Its in his North Carolina high rise on Thursday afternoon when the fire alarm suddenly went off.

When residents of the building were told to evacuate in response to a bomb threat, he bolted towards the stairs.

On his way down he saw a neighbor frantically trying to evacuate while carrying a baby, holding her dog, and juggling a couple of other items in her arms.

Basketball player Frank Kaminsky, 25, helped carry a neighbor’s baby down 49 flights of stairs on Thursday when his high rise building was evacuated 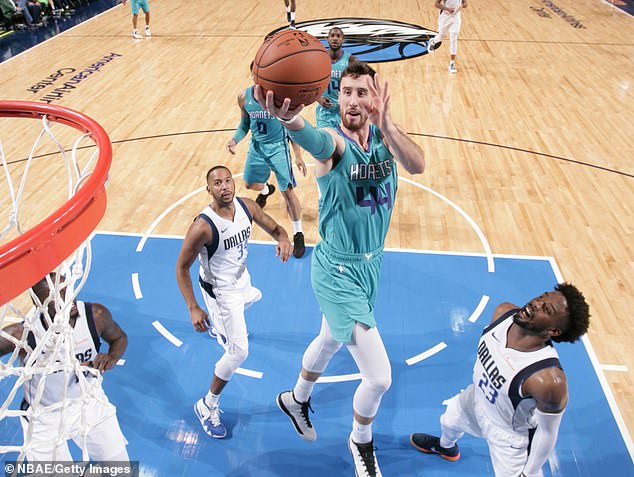 That’s when Kaminsky stepped into save the day and carry the baby down 49 flights of stairs.

‘I had to walk down 49 stories because they shut off the elevators. Instead of grabbing my keys and my wallet, I grabbed a box of Cheez-Its for the long journey down,’ he said.

‘About three stories down, there was a lady with a baby and a dog and a couple of other things she had to carry, so I just helped her carry the baby,’ he added to the Charlotte Observer.

For Kaminsky, lending a helping hand was a no-brainer.

He added that he lived in the building for the past four years and knew the mother who was in need.

‘I’m just a Good Samaritan, not a hero,’ Kaminsky said.

The bomb threat was one of several that were called in around Charlotte on Thursday. 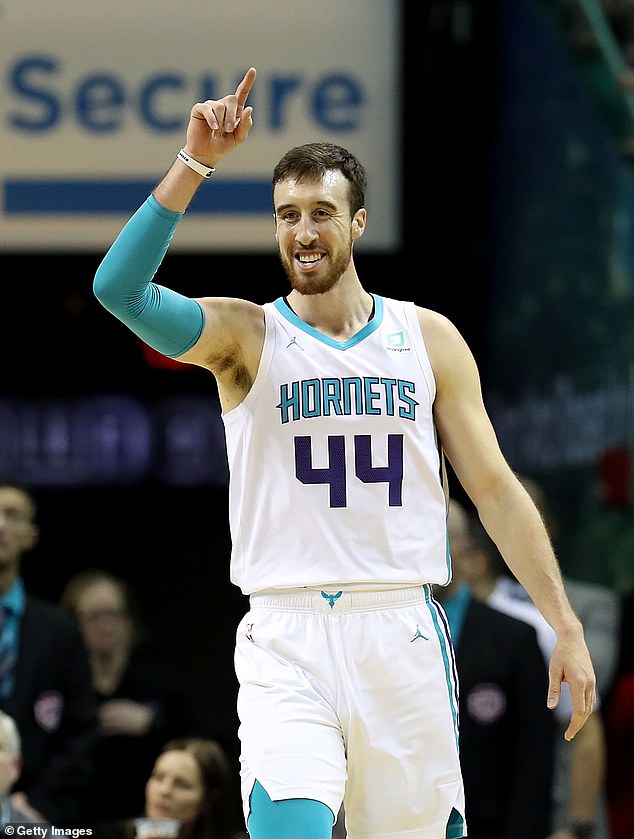 ‘About three stories down, there was a lady with a baby and a dog and a couple of other things she had to carry, so I just helped her carry the baby,’ he said 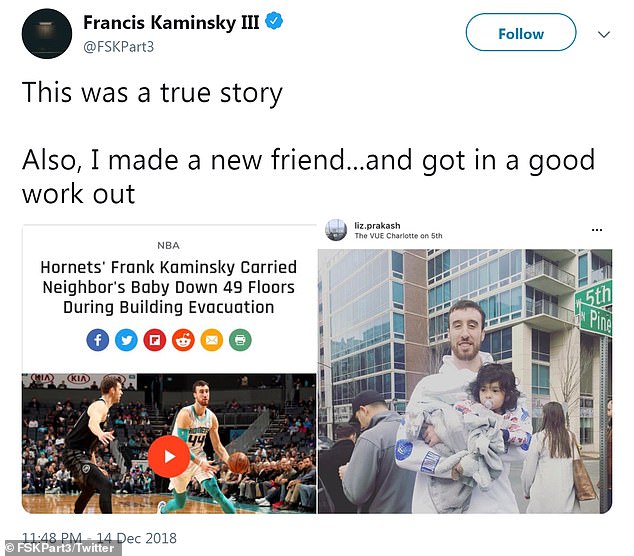 He and his fellow highrise neighbors were stranded on the street for a while and were eventually let back in after no bomb was detected.

He joked he waited for the elevators to be reactivated before going back in.

‘I’m not walking back up 49 floors. That’s just not a thing that’s going to happen,’ he said.

Afterwards he tweeted: ‘Did not think I would be carrying a baby down 50 flights of stairs today during a bomb threat at my building today. But it happened. How was your day?’

‘Huge shout out to [Kaminsky] for carrying one sleeping baby down 44 flights of stairs,’ she wrote.