A charming waterfront property has hit the market for the first time since the 1940s, and no time has been wasted in snapping it up.

It’s got views fit for the rich and famous, but judging by the exterior you’d never guess its exorbitant price tag of nearly $10million.

The clifftop block in Sorrento, 100 kilometres south of Melbourne, had a flurry of keen potential buyers.

The three bedroom shack at 10 Netley Avenue is described as the ‘peninsula’s most magnificent and scenic clifftop outlooks’, and sits atop a 1400 square metre block.

From the outside it doesn’t look like much, but the million-dollar views of the Sorrento coast made the house hot property for potential buyers looking to knock down and rebuild

The home also features a bunk room, two bathrooms, open-plan living with fireplace, and opens out to the existing verandah with uninterrupted panoramic sea and coastal views.

A silent auction held on Valentine’s Day saw the winning bidder come out on top, with six parties interested, and a total of just four bids put in.

The property was sold to a Melbourne based buyer, who already owns another Sorrento holiday home and offered just under the asking price. 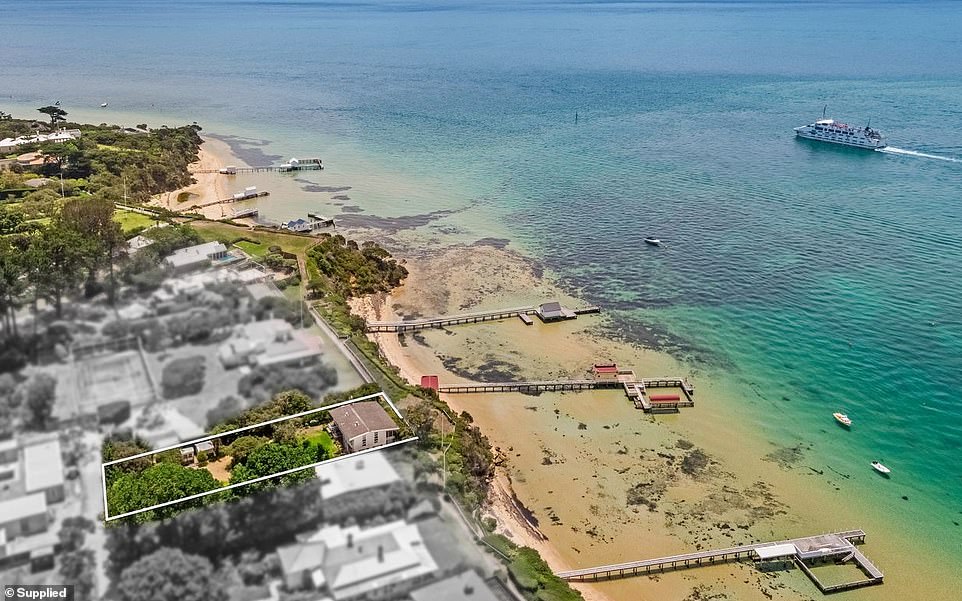 The home, which sold for just below the $10 million asking price on February 14, has been in the Langford family for more than seven decades

The property had been in the Langford family, from Melbourne, for more than seven decades, which they used as a holiday home.

All potential buyers had similar plans to knock down the weatherboard weekender to make way for a new luxury home.

‘The vendors were happy with the result, but are a little sad and emotional because they have owned it for such a long time,’ Kay & Burton Portsea director Liz Jensen told realestate.com.au 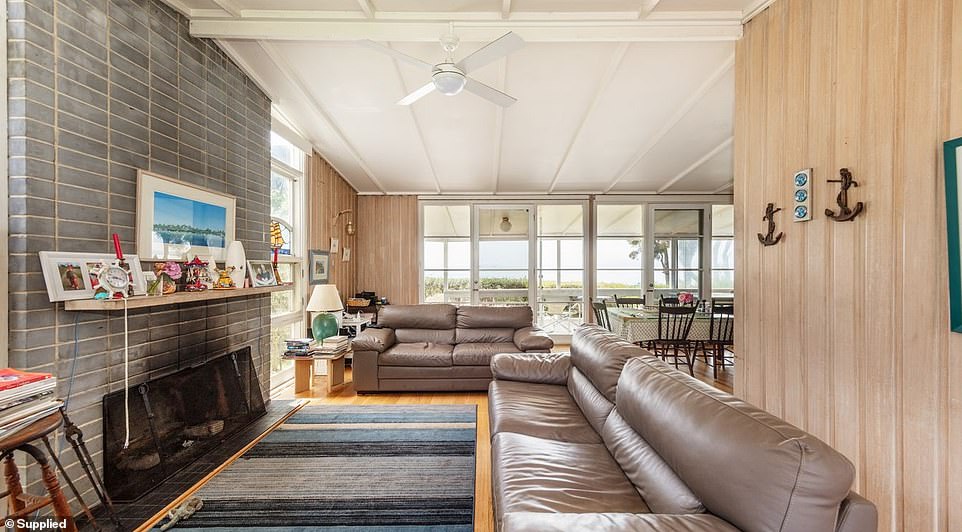 All six potential buyers planned on knocking down and rebuilding a new luxury home on the lot, but in the end the property was snapped up by a Melbourne-based buyer

‘For the buyers, they told me 15 years ago that they would like to buy a clifftop property like this and now their dream has come true,’ Ms Jansen said.

In 2015 another house on a larger block, on Point Nepean Road, just a stone’s throw from Netley Avenue, fetched $15.2 million.

Besides its understated charm and picture-perfect views, the property is an easy walk to the shops, cafes and golf course, and even comes with clifftop access to the beach. 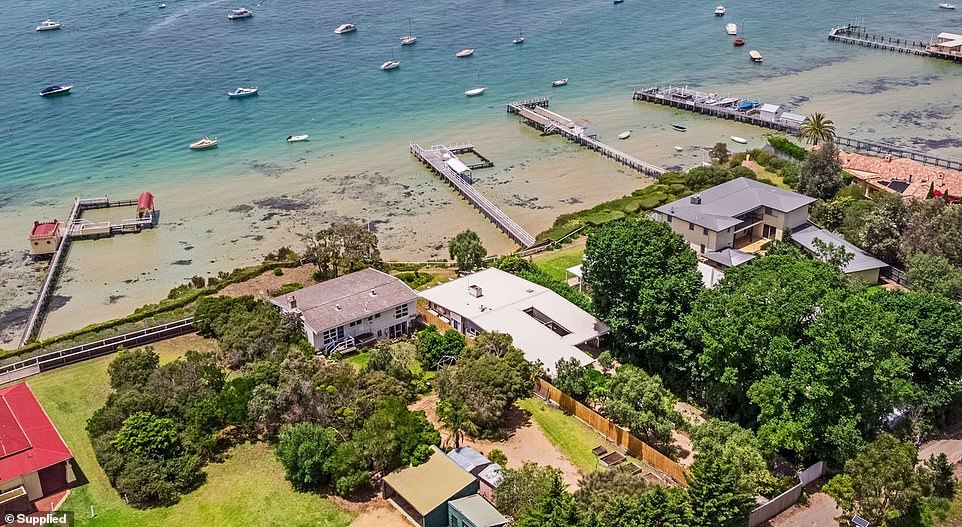 The Sorrento home (pictured second from left) features three bedrooms, a bunk room, two bathrooms, open-plan living with fireplace, and opens out to the existing verandah with uninterrupted panoramic sea and coastal views