Chatting using emojis is SO on fleek: Internet-speak and memes

Are emojis ruining traditional communication? One linguist says ‘text speak’ can help us understand each other better… but another calls the idea ‘plain daft and delusional’

It may be considered that the more you replace words with emojis, the worse our grammar and language skills become.

The culture of mobile communication – or quickfire back and forth emails, posts and texts – inevitably, compromises traditional writing and communication.

But according to linguist Gretchen McCulloch, author of Because Internet: Understanding the New Rules of Language, ‘textspeak’ is humanity’s most ‘open-source project’.

She says that emojis and memes can instantly relay your emotions, for instance, a grumpy cat, will convey disdain in a more concise way.

However, Chris McGovern, chairman of the Campaign for Real Education doesn’t share this view saying that emojis dumb down language and nurture laziness.

According to linguist Gretchen McCulloch, author of Because Internet: Understanding the New Rules of Language, ‘textspeak’ is humanity’s most ‘open-source project’. She says that emojis and memes can instantly relay your emotions convey disdain in a more concise way.

‘Just as we find things on the internet by following links from one place to another, language spreads and disseminates through our conversations and interactions.’

Ms McCulloch, says this type of language helps enliven our social interactions, and that the fluidity of language is actually its biggest strength.

‘I mean, fashion can change, why can’t language?’, she argues.

‘Linguists are generally very positive about language evolution, and it’s unfortunate that this message hasn’t been conveyed to broader society as much because we’re still dealing with a history of people worshipping Latin,’ she told Vox.

‘It’s really interesting to look at how different people, of different ages and eras, are using language on the internet.

She says that there’s a misperception that if people are using language differently, then it must be wrong.

‘There’s not one right way of using language online. We can use language differently, and it can actually help us better understand each other.’

But not everyone shares this view.

Chris McGovern, also a former Government adviser told Mail Online that those who welcome emojis as a beneficial evolution of language are ‘naive, delusional and plain daft.’ 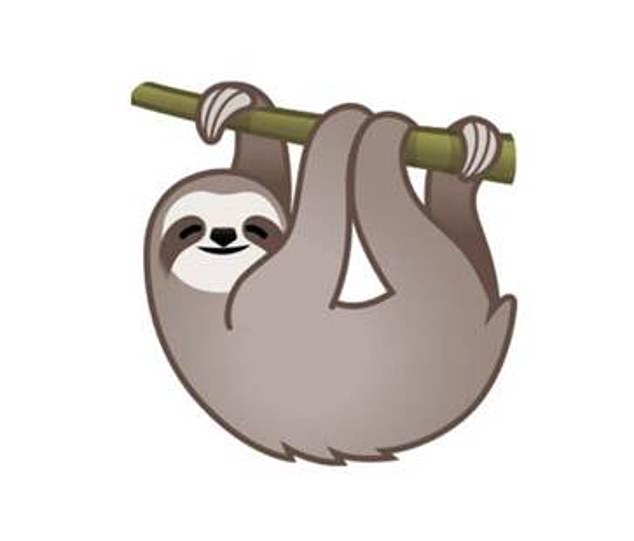 Chris McGovern, a former Government adviser and chairman of the Campaign for Real Education told Mail Online that those who welcome emojis as a beneficial evolution of language are ‘naive, delusional and plain daft’

‘They do not seem to understand that extinction is part of evolution, too. That is the direction in which mastery of good written English is heading and the increasing addiction to, and reliance on, picture language in the form of emojis is accelerating the decline. Emojis dumb down language and nurture laziness.

According to the Organisation for Economic Co-operation and Development (OECD) grandparents in Britain outperform their grandchildren in basic skills, including literacy.

‘Around a third of 11 year-olds have just failed to reach the so-called ‘floor standard’ in their SATs,’ he said.

‘Employers are forever complaining that at least 20 per cent of school leavers are illiterate and, therefore, unemployable.’

He said: ‘I am not a killjoy or and, of course, emojis can be fun but they should come with a literacy health warning.’