Saturday’s 1-0 defeat to the Big Apple club saw Neville’s rage boil over. Gonzalo Higuain thought he’d levelled Patryk Klimala’s opener after 60 minutes, breaking in behind the defence, cutting in from the left and firing. 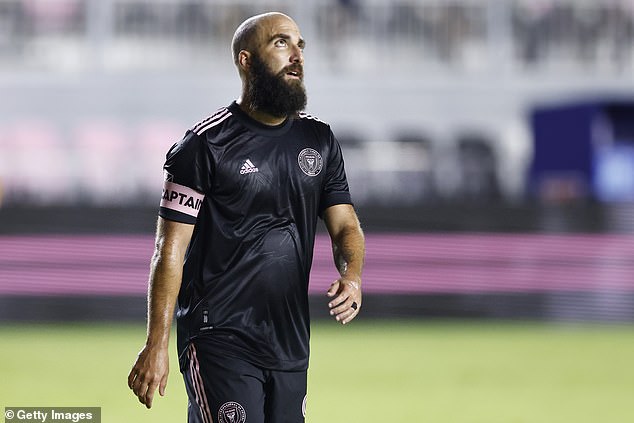 However, the goal was chalked-off after a VAR check and Neville couldn’t hide his fury anymore, setting off his interview saying: ‘Ok so, I’m just going to go full barrel.

‘We got cheated in Portland and we’ve been again tonight.

‘I don’t want to sound like a broken record but something is fundamentally wrong with the way referees treat Inter Miami.

‘We’re playing in one of the best leagues in the world and I’m having a great experience, but ultimately I’ve got a dressing room that’s asking real, real questions about the integrity of this league in terms of the decisions we keep getting. 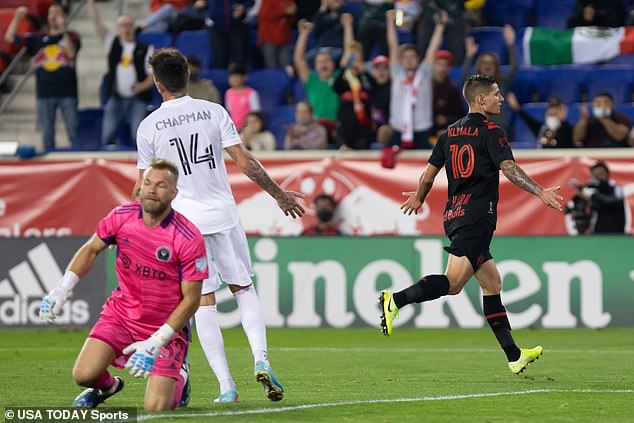 Miami fell to their fifth defeat in a row, leaving them well outside of the MLS play-off spots

‘There has to be a massive investigation into the decisions given against Inter Miami. We want this to be the best league in the world, but we’ve got decisions like that.’

Their 14 defeats in 2021 is already worse than Beckham’s club’s debut last year, and Neville’s reunion with his old Man United team-mate is turning into a nightmare.

‘We’ve had our integrity questioned this year,’ the ex-England women’s boss added. 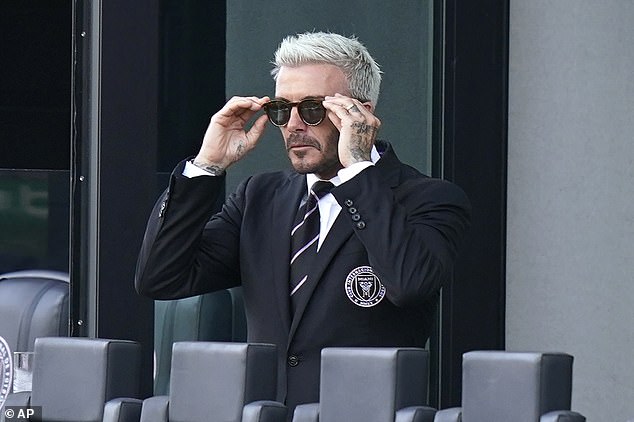 ‘We got stones thrown at us and had to take a lot of absolute **** from a lot of people and had to accept it. I can’t accept this, I’ve got to defend my club against something unjust and wrong. I feel we’re being cheated.

‘They players are in too much of an emotional state to talk to you guys (the press) because they feel so strongly about what has gone on. It’s just not the last four games, it was early in the season too.

‘I’m sick and tired of receiving emails on Mondays saying: “Sorry, the calls could have gone the other way.”‘