Check your tickets: Hunt for lucky NSW Australian who won $30million jackpot in the Powerball

Check your tickets NOW: Hunt for lucky Australian who scooped $30million Powerball jackpot – and they’ll have a LOT of missed calls

One lucky Australian is an overnight multi-millionaire and they could still have no idea – with the sole winner of Thursday night’s division one Powerball draw yet to come forward.

The only winning ticket in the $30million jackpot was purchased by a NSW resident online at The Lott but officials have been unable to reach them to give them the good news.

‘I was ready to confirm Powerball’s newest division one winner straight after the results… I called the number provided, it just rang out and went straight to message bank,’ Matt Hart from The Lott said.

‘If you see a number of missed calls on your phone, you could be the winner we’re trying to contact,’ he said.

‘You may not think it’s possible, but if you purchased an online entry into this week’s Powerball draw that you haven’t checked yet, you’re in with a chance.’

Last month, a western Sydney man was one of two $40million Powerball winners, splitting the division one prize with a grandmother from Campbelltown.

The Smithfield resident hadn’t even known he held a victorious ticket because one of the digits in the phone number The Lott had for him was incorrect.

‘I didn’t know I’d won,’ the multi-millionaire said at the time.

‘I’d heard there was another Powerball winner they were trying to contact.

‘I even said to my friend, ”we’ll never win, only old people win.

‘They said you’d been ringing but I didn’t get a call. There was a digit wrong on my mobile number.’

The recipient of the other $40million told The Lott her grandson had predicted she was going to win the Powerball prize. 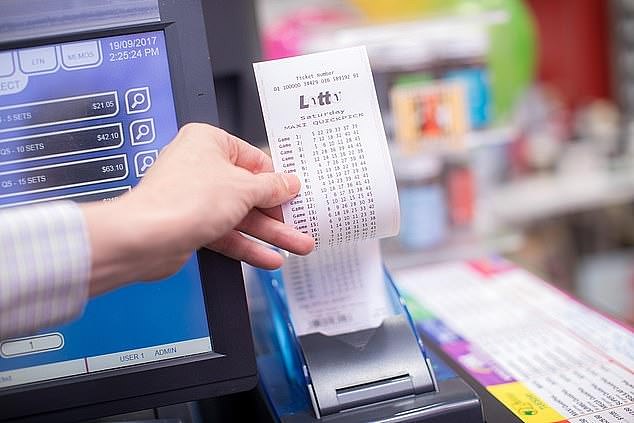 The newly-rich NSW or ACT man claimed a whopping $30million in Thursday nights draw, after matching all eight numbers, the only entry to do so