Checks you need to make when picking up a hire car

With Britons looking forward to summer holidays in the coming weeks, new research has highlighted the importance of being extra vigilant when collecting the keys to hire cars at airports.

A survey of 1,000 people who rented a vehicle in recent months revealed that almost a fifth had found scratches, dents or kerbed wheels on collection that were not noted on the handover document given to them at the start of their holiday.

Failure to raise these issues with rental company staff before driving off puts you at risk of picking up a large repair bill for damage you haven’t caused to a hire car.

Keep your wits about you when you collect a rental car: A fifth of hirers say the find damage on a vehicle when they are given the keys – but not raising this with staff could result in big bills

The poll conducted on behalf of insurance provider iCarhireinsurance found that more than half of those surveyed believe rental companies often charge customers for damage to cars that was already there before they collected the keys.

One in 20 claimed they’ve been charged hundreds of pounds for what they considered to be a small amount of damage to a vehicle, for instance single bodywork scratches or chips in the windscreen.

Yet the findings of the report suggest some holidaymakers aren’t going to adequate lengths to protect themselves from big repair bills from rental firms.

On average, only half of motorists said they check every panel of a hire car thoroughly, looking for anything from big scratches and dents to small marks and interior wear and tear.

Older motorists tend to be more eagle-eyed, with 61 per cent of over 55s saying they meticulously check for any signs of external damage before driving away. That compares to just 27 per cent under the age of 34, the report found. 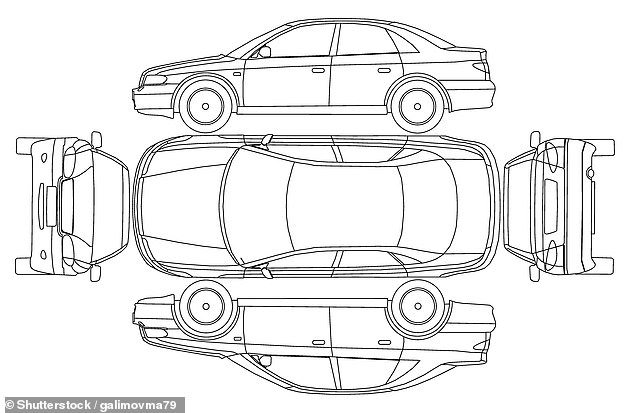 Every handover document issued to a hirer when they collect a car will have a damage record documented in a diagram like the one pictured above. Make sure you check all itemised records thoroughly – and ensure any prangs not noted on the form are raised with staff

Some take the same approach on the inside of the vehicle, too, with an average of 46 per cent checking seats, plastics and the condition of the carpets.

Almost two in five also check the tyres – rising to half when it comes to hirers over 55 years of age.

Worryingly, almost a quarter admit to only looking for major or obvious damage before driving the car for the first time.

This leaves them vulnerable, with rental firms able to claim that any small mark could mean a whole panel needs to be resprayed or a wheel replaced – and it will be the last person to hire the car who is responsible to cough up for the repair bill.

If you find damage, make it known

Also concerning is that 57 per cent of those who do detect damage not listed on the handover documentation provided by the rental firm make a note of it or raise it with a member of staff before driving away from the airport.

Again, drivers over 55 are more likely to do this (73 per cent), while only one in three younger drivers under 34 say they will make a record of pre-existing damage they’ve identified.

It is recommended that any motorists who does hire a vehicle take photos of the front, back and sides of the car on collection and before driving it – and the same when dropping it back to prove there is no new damage during their rental period. 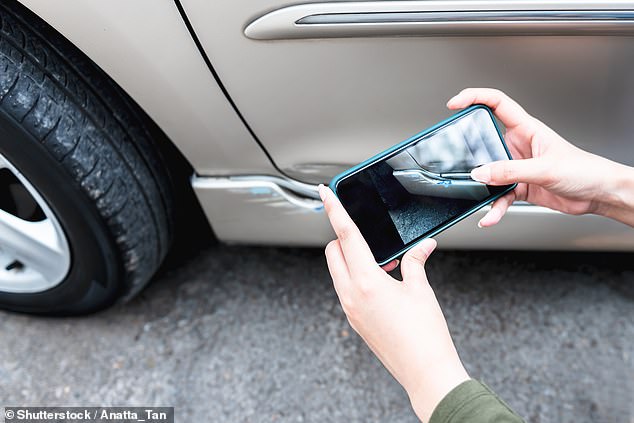 Taking photos and videos of a hire car before you drive away is highly recommended. This could become your evidence when disputing a damage claim at a later date

Almost one in five (17 per cent) says they also take a video of the car when they first get the keys and before they hand them back.

It’s worth keeping these images and videos on your device for a few weeks after you’ve returned the car in case the provider gets in touch at a later date chasing for damage costs that were not your fault.

Of the 1,000 people polled, 7 per cent said they have successfully used photographic or video evidence to prove to a rental firm that they didn’t cause damage on the car.

Take what staff tell you with a pinch of salt

As well as highlighting all the additional checks drivers should be undertaking, icarhireinsurance says motorists also need to be wary of what rental firms tell them.

Worryingly, 13 per cent claimed a member of staff at the hire desk told them it wasn’t necessary to note down ‘minor’ damage on the handover paperwork at pick-up, and almost a fifth (17 per cent) returned their car without it being checked for damage by a rental company representative because no one was available at the time.

Some rental firms have also started offering faster ways of conducting damage assessments before driving away that could cause issues for some drivers.

For instance, EuropCar now provides the option at some locations for customers to send photos of scrapes and dents not on the handover sheet to them via email within 12 hours of leaving the depot.

It says this is to ‘save time in returning to the rental desk to report any previously undocumented damage’. The company adds that this is ‘particularly relevant when the location of vehicle collection and the rental desk are a distance away from each other’.

While this might save you a few minutes, those who do not own a smartphone – or are not accustom to send photos via email to a new address using one – should avoid this option entirely.

We also recommend that you always raise issues with a member of staff before leaving for full protection. 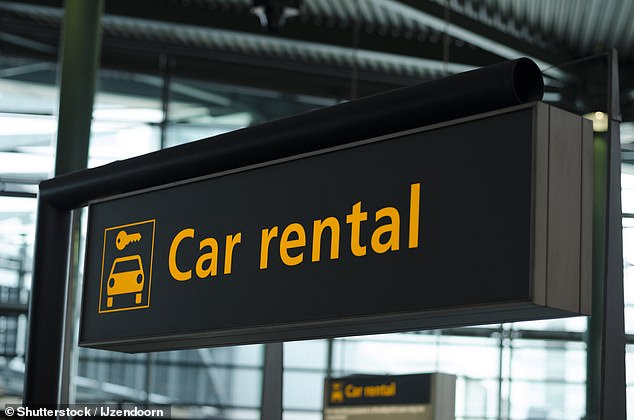 Worryingly, 13% of people responding to the poll claimed a member of staff at the hire desk told them it wasn’t necessary to note down ‘minor’ damage on the handover paperwork

If you are one billed for damage you have – or have not – caused to a hire car, how much it will cost depends on the level of insurance you’ve taken out.

Hire firms should always provide basic insurance for damage, theft and third-party liability. However, you can still be hit with big fees if this does not cover particular parts of the car – and the hirer will need to pay the excess charge, which can range from £100 to over £2,000.

Excess-cancelling policies for damage, theft and even tyre and windscreen issues will most likely be sprung on you when you reach the hire desk as staff lay it on thick about the dangerous of not taking out this type of cover.

The hire car insurance company says the average cost of a ‘super damage waiver’ offered at the rental desk is £137, while waivers for theft and tyre and windscreen excess brings the total to £189.

However, you can purchase your own excess cover from a third party provider – like iCarhireinsurance – before travelling, with a week-long European policy costing £35.50. Annual cover for multiple European trips is just £45.

Ernesto Suarez, founder of iCarhireinsurance.com, said: ‘When you pick up a hire car it’s essential to check it over thoroughly and note every mark, no matter how insignificant, on the checkout sheet, including any damage and scuffs to the wheels.

‘We see plenty of people getting charged for minor wheel damage or scratches on the bumper which they know were on the car when they picked it up but unfortunately were not noted on the paperwork when they collected the vehicle.

‘Sadly, this is tantamount to writing a blank check to the rental desk.’

He added: ‘Holiday makers should be concentrating on having a good time, not worrying about additional costs being levied on them at the end of their holiday, particularly if they are charged for damage they didn’t even cause.’

Our 10 top tips when checking a hire car for damage 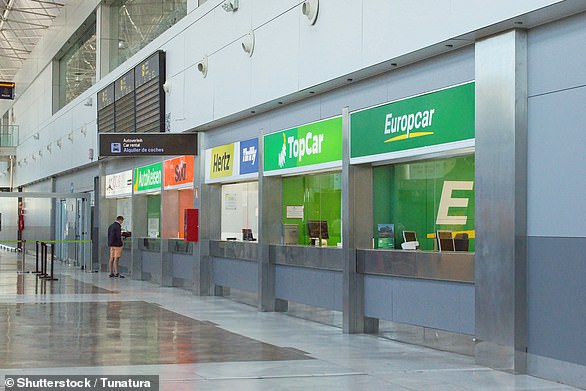 1. Don’t rush: Many people hiring a car will be excited about their trip ahead and want to get on the road as soon as possible. This can be lead to disaster if you’re too hasty when checking for damage and miss anything that might later come back to haunt you.

2. Grab a coffee first: If you’ve flown through the night or had a particularly long journey, you’ll inevitably be tired. A coffee, energy drink or sugary snack before heading to the rental desk should perk you up before having to conduct vehicle damage checks thoroughly.

3. Make the damage sheet work for you: Always check the vehicle damage sheet on the handover document. Every piece of existing damage should be itemised on the diagram of the car.

4. Get snap happy straight away: Before entering or moving the car, take a walk-around video or a photo of the front, back and sides of the vehicle in the parking space. This can later be used as evidence to prove any existing damage was there before you touched it. 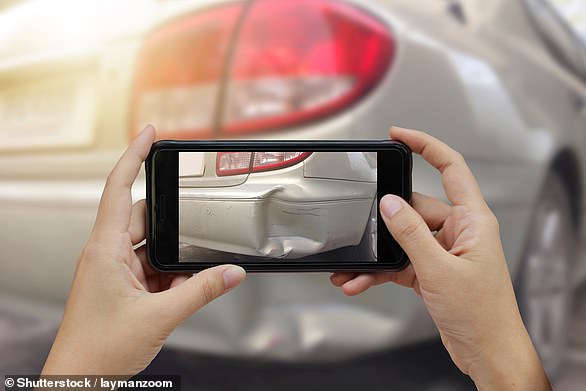 Even if damage is recorded on the documentation you have, take a photo of it. This will help you fight any later accusations that you made the damage worse during your period with the vehicle

5. Take pictures even of damage that is recorded on the document: Take photos of the damage that is listed on the handover document diagram. A rental firm can still accuse you of adding to an existing scratch or dent with an incident of your own.

6. Remember to check for damage inside: Make sure you check the car thoroughly inside and out – including the boot. Take photos of any damage that isn’t listed on the documentation.

7. Found something? ALWAYS raise it before you drive away: Always make a member of staff aware of any pre-existing damage you’ve found that isn’t on the handover document. Ensure they make a record on both your and their copy of the paperwork stating the whereabouts and severity of the damage not previously listed. Avoid using services where you can email pictures of damage yourself.

8. Make sure the car is well-lit if it’s dark: If you’re collecting the car from a dark car park or at night, ask for the vehicle to be moved so that it is under a lamppost or street light. This will allow you to conduct your damage inspection in more detail. 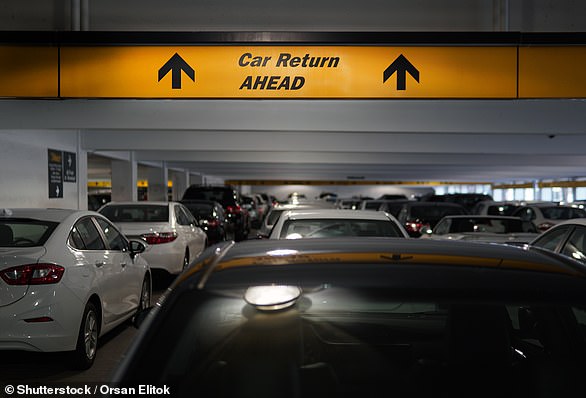 9. Take more pictures when you bring the motor back: Take photos and videos of the car when you return it. A member of staff could accidentally damage a vehicle when moving it after you’ve left – these images and videos will act as your protection from any accusations.

10. Don’t delete the photos yet: Keep all photos and videos on your device for a month or two so you have evidence to hand if the rental firm approaches you with a repair bill at a later date.