Commuting to work can be the most boring part of anyone’s day.

But these passengers had their journey brightened by the addition of a simian traveller.

Footage shows the langur monkey sitting on a train in northern India’s Uttar Pradesh state, much to the delight of fellow commuters. 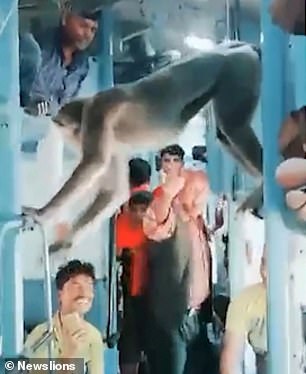 A langur monkey was spotted travelling on a sleeper train in northern India’s Uttar Pradesh state. He moved around the carriage while other passengers watched on in delight 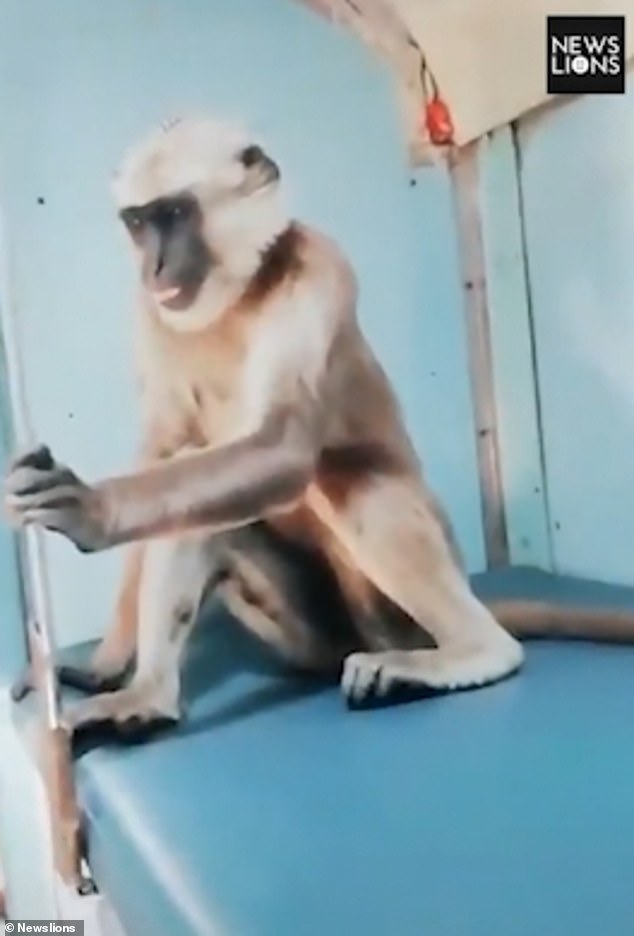 Though monkeys typically stay in groups and keep to themselves, they have been known to form bonds with humans

It moves from seat to seat and sits in an upper berth next to a reclining man.

At one point is even tries to jump from one seat to another but one of its fellow passengers managed to make it sit in one place.

The footage has garnered a lot of interest on social media, with some users jokingly asking whether the monkey had a ticket or not.

Though monkeys typically stay in groups and keep to themselves, they have been known to form bonds with humans.

Earlier this year footage was uncovered which showed a langur monkey comforting a grieving woman at a wake in Nargund, India. 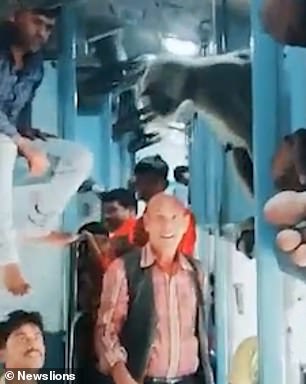 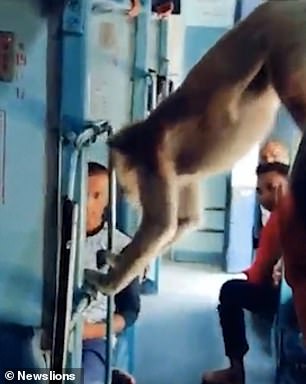 The cheeky simian even tries to jump from one side of the train to the other. But he is stopped by a fellow passenger who manages to get him to stay in one place

The wake, for 80-year-old Devendrappa Kammar, attracted the northern plains grey langur monkey who had reportedly developed a habit of attending funerals in the area.

Reports said that the seemingly empathetic monkey has been taking part in the community’s funerals for over a year and that it is somehow able to identify the immediate family members of the deceased.

Local residents reportedly now feel that a wake is not the same unless the monkey comes to attend as well.

Another report from earlier this year in Karnataka stated a monkey had strayed away from its group and started mingling with humans.

It even posed for selfies and preferred to sit in the same way as humans.