By Jemma Carr and Emer Scully For Mailonline

This is the hilarious moment a macaque monkey kicks and nibbles a woman on her visit to a Malaysian park.

In the newly-shared clip, the cheeky creature can be seen perched on railings next to the woman in Mangrove Park, Perak, Malaysia on January 29.

The monkey then swings round so it can walk along behind the woman who is posing for a video.

This is the hilarious moment a monkey kicks a woman on her visit to a park in Perak, Malaysia 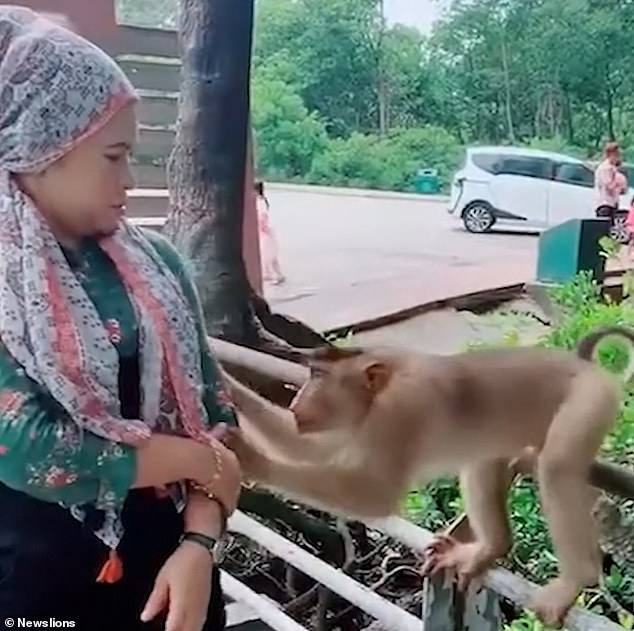 In the clip, the adorable creature pulls her arm close to its face and begins to nibble on her shirt. The woman pulls away but the monkey keeps a vice-like grip on her

As the woman glances towards the camera with a look of concern, the monkey picks up its leg and places it on the woman’s shoulder.

The macaque puts its arm on hers for balance as it lifts its other leg up and starts kicking her.

They woman screams and moves away as an onlooker laughs in the background. 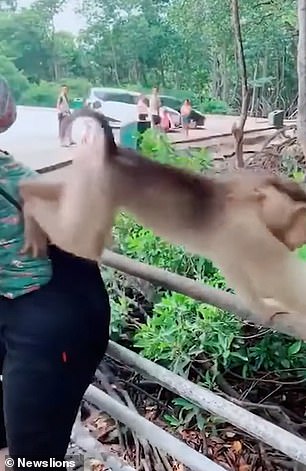 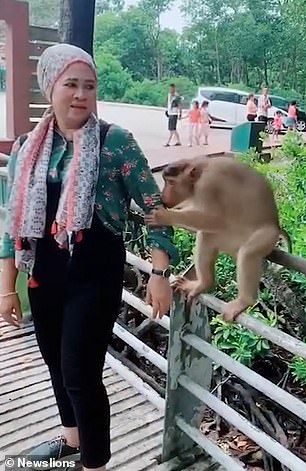 The macaque lifts its back leg up and starts kicking her (left). After the woman moves away, the monkey moves back towards her and nibbles on her shirt (right) 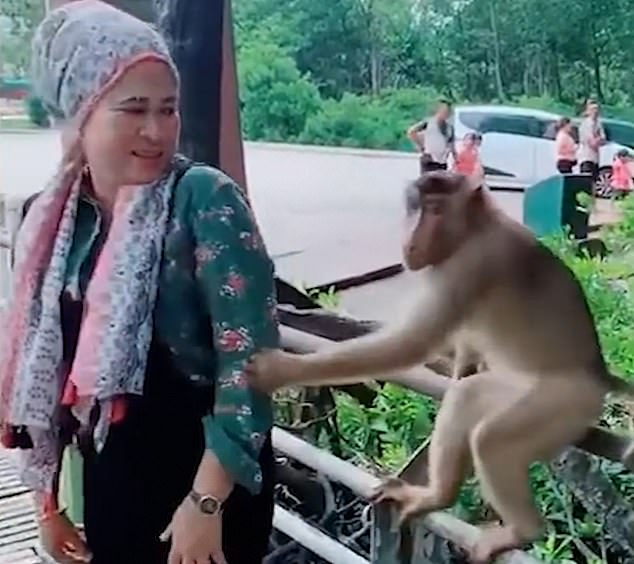 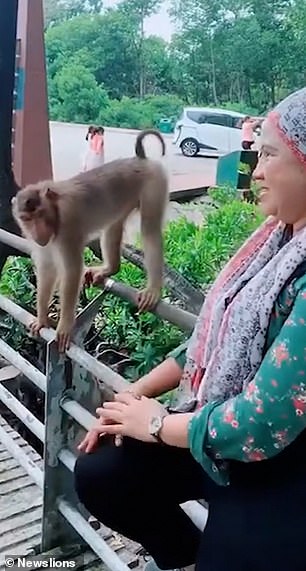 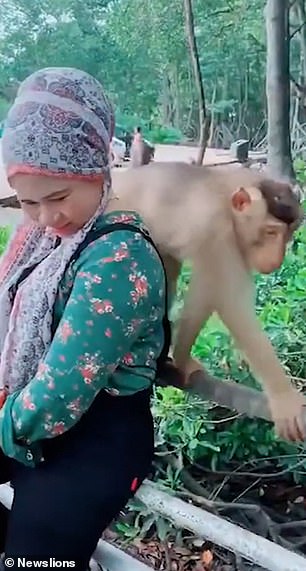 The clip starts with the monkey perched on railings by the woman in Mangrove Park, Perak, Malaysia. The monkey swings round and walks behind the visitor who is posing for a video

WHAT ARE SOUTHERN PIG-TAILED MACAQUES?

The Southern pig-tailed macaque is native to Indonesia, Malaysia and southern Thailand.

Locally, it is known as the ‘beruk’.

They eat fruits, seeds, berries and rats, which are considered major pests in oil palm plantations.

The monkey then walks back towards the woman who glances at it, waiting to see what its next move will be.

The animal sits down next to her and reaches out to grab her arm.

Thinking that she has the creature back on her side, the woman nods towards the camera.

But the money pulls her arm close to its face and begins to nibble on her shirt.

The shocked woman objects and pulls away but the monkey keeps a vice-like grip on her.

Eventually, the macaque lets go and sits back as the woman inspects the damage.