Young Savannah, seven, could not hide her delight as her uncle warmed up Savannah with a cuddle from behind as they left the St Mary Magdalene Church earlier today.

Savannah, the daughter of Peter Phillips and the granddaughter of Princess Anne, was one of the bridesmaids at Prince Harry and Meghan’s wedding in May this year.

The Queen’s great-granddaughter stole the show as she was pictured beaming between Princess Charlotte and Prince George outside the steps of Windsor Castle with the other bridesmaids and page boys. 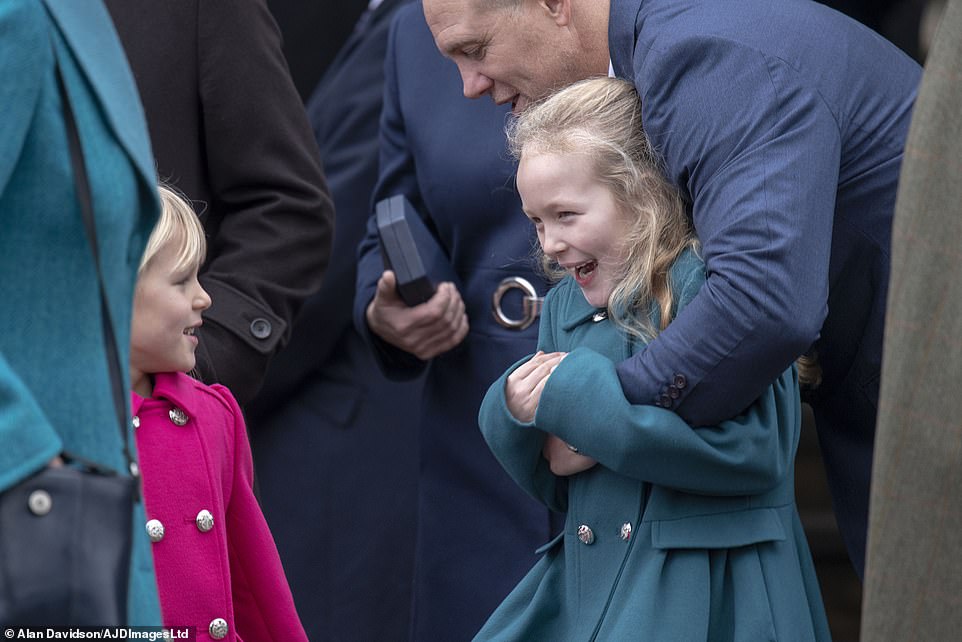 Savannah Phillips is hugged by her uncle Mike Tindall, as her younger sister Isla looks on. The girls wore the same style coats, with Savannah wearing turquoise while her sister opted for a pink version 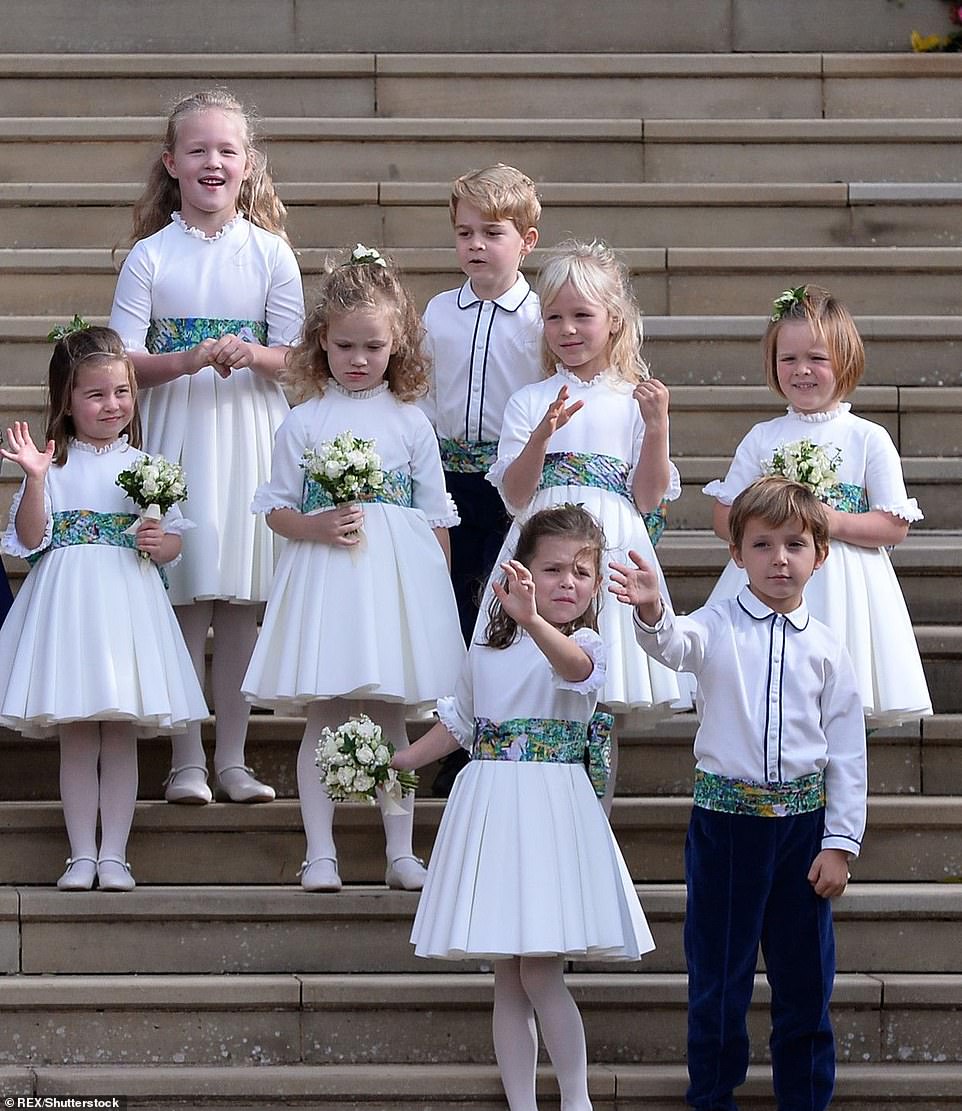 The Queen’s great-granddaughter’s playful spirit was on show again today as she beamed while leaving the church, which is just a short walk from Sandringham House on the Royal Family’s Norfolk estate.

Wearing a turquoise coat, she beamed and giggled as she made her way out of the church service and received a hug from Mike Tindall. 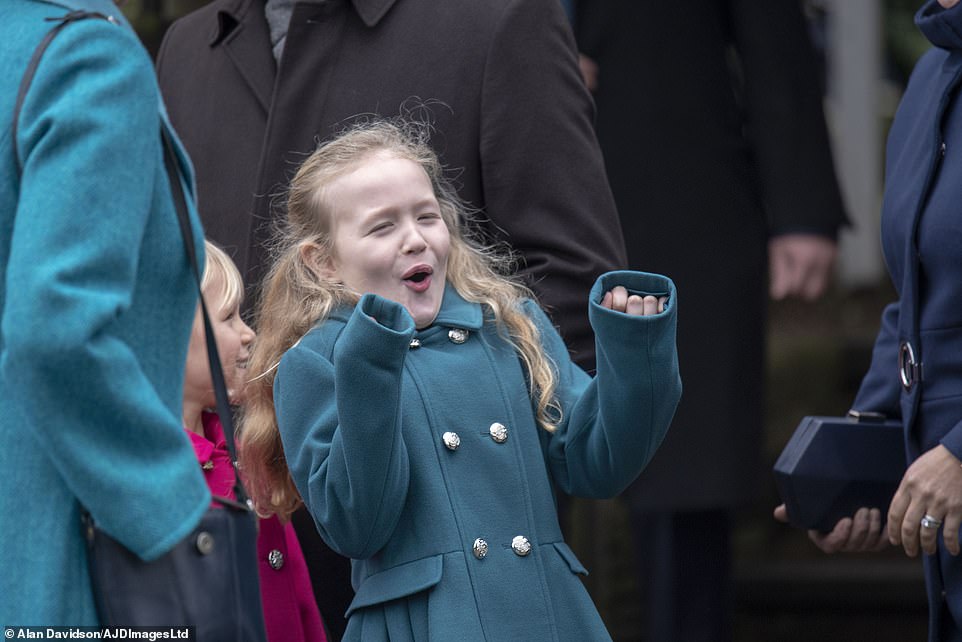 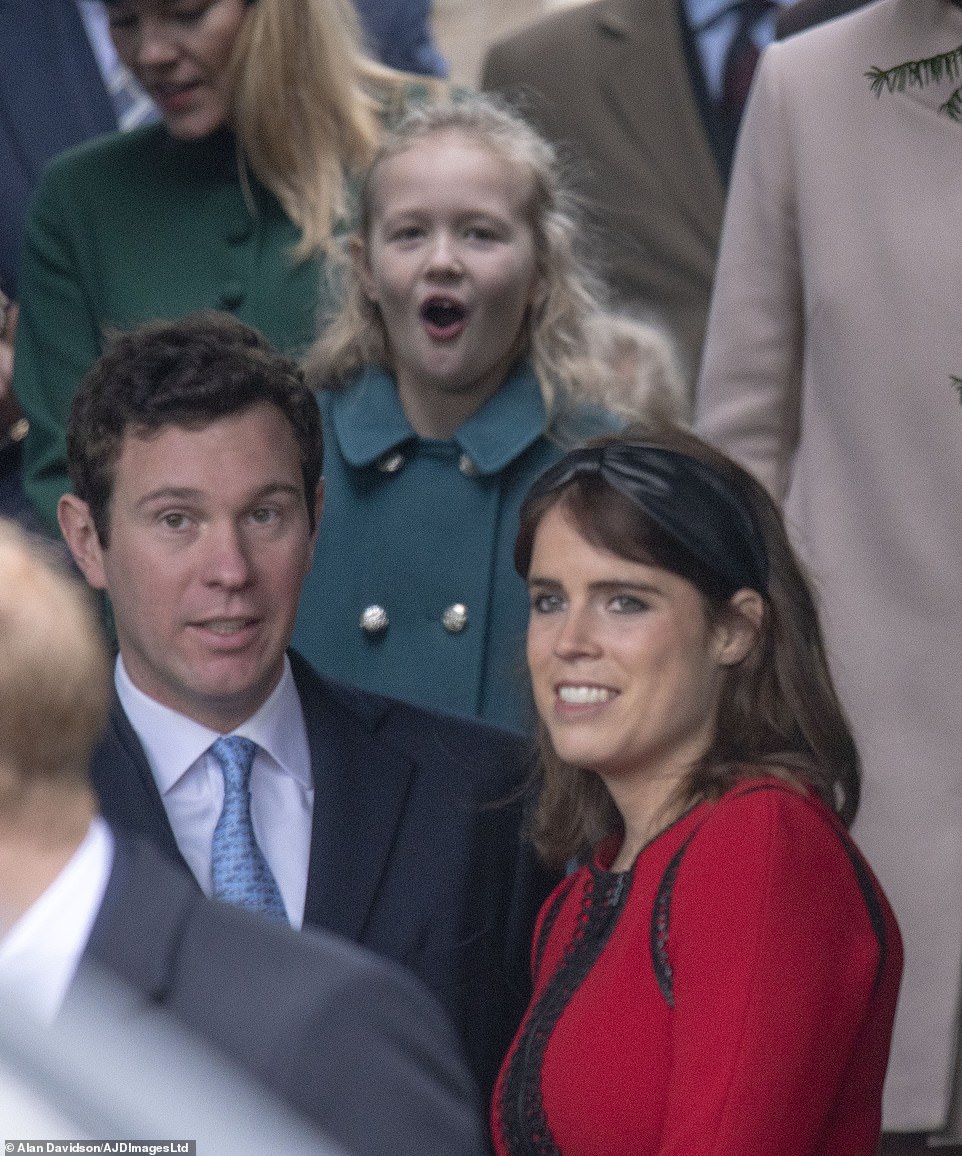 Her father Peter was seen walking hand-in-hand with both Savannah and his other daughter Isla today.

Seemingly acting up as she left the church, the youngster could be seen singing behind Princess Eugenie and her husband Jack Brooksbank.

Today, hundreds of well-wishers turned out to see the royal family, but the Duke of Edinburgh and the Duchess of Cornwall were missing. 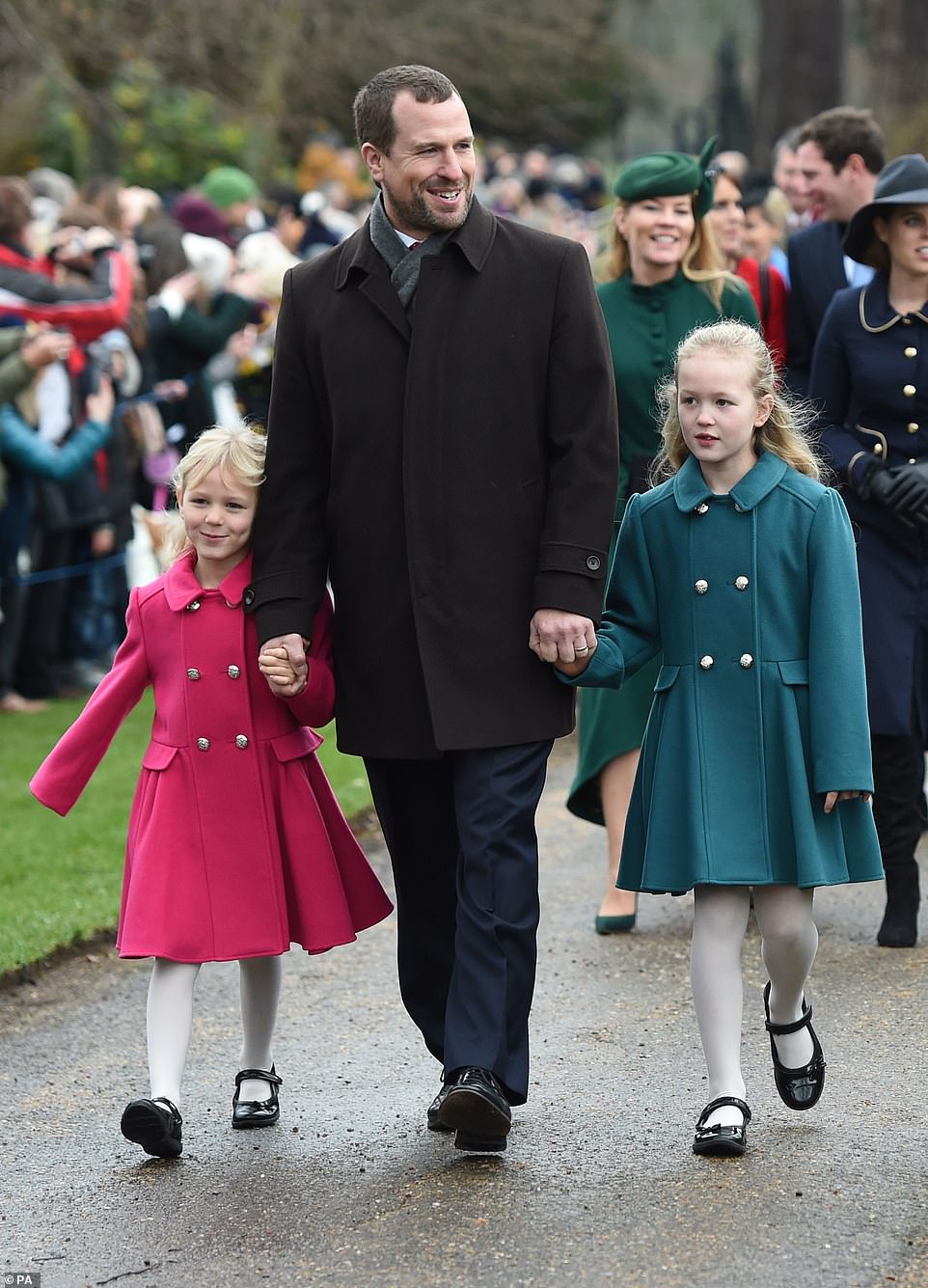 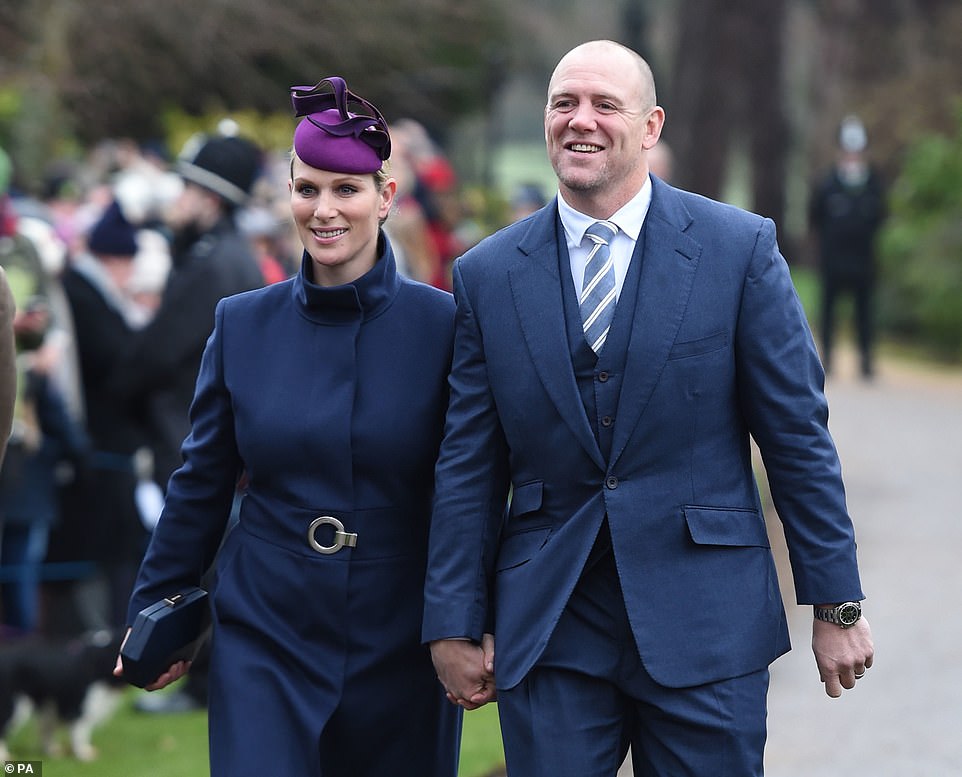 Behind the lead group strode Peter Phillips holding the hands of his daughters Savannah and Isla, and they were followed by Princess Beatrice and Peter’s wife Autumn Phillips.

The Duchess of Cambridge and the Duchess of Sussex were all smiles today as they joined the Queen for the Christmas Day service.

Prince William, 36, and Harry, 34, joined their wives as they put on a united front amid rumours of a ‘rift’ and mounting tensions between the two couples.

Towards the back of the group were the Earl and Countess of Wessex with their children, Lady Louise Windsor and Viscount Severn, the Princess Royal and Vice Admiral Sir Tim Laurence and Zara and Mike Tindall.

The Queen arrived in her state limousine with the Duke of York.

Playful Savannah’s friendship with Prince George was also apparent earlier this year during the Trooping of Colour in July.

She was spotted covering her partner-in-crime’s mouth during the singing of the national anthem – in a photograph which harks back to a similar photo of Prince Harry covering Princess Beatrice’s mouth on his sixth birthday.

Savannah Phillips, the Queen’s great-granddaughter, appeared unimpressed with Prince George’s endless chatter and slapped a hand over his mouth to keep him quiet.

Seven-year-old Savannah, the daughter of Peter Phillips and granddaughter of Princess Anne, also made a shushing motion at little George.