Her relationship with James Argent wad recently described as the greatest love story to unfold on The Only Way Is Essex.

And the latest chapter in Gemma Collins’ on-off romance with her co-star appeared to play out in the unlikely surroundings of a Brentwood kebab shop as they called in for a takeaway on Tuesday evening.

Catching the eye in a vibrant red trouser-suit, Gemma, 37, was in high spirits as the lovebirds waited for their food after a night out in their hometown. 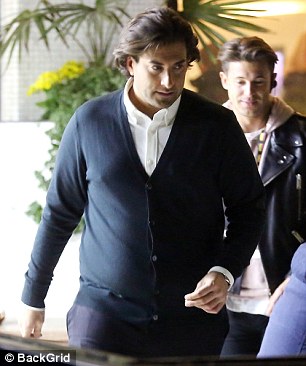 Let’s eat: The latest chapter in Gemma Collins’ rapidly developing romance with James Argent appeared to play out in the unlikely surroundings of a Brentwood kebab shop on Tuesday evening 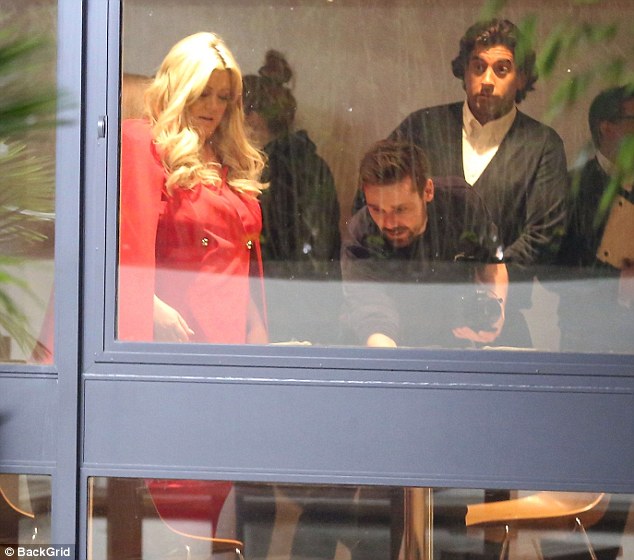 Fast love, fast food: The pair patiently waited for their food order to be processed

Carrying a hot pink blanket over one arm the popular TV personality appeared to be ready for a sleep over with Argent, 30, who looked comparatively casual in a staid blue cardigan and white shirt.

The pair were ending their night at a local takeaway after completing another day of filming commitments on behalf of their long-running show, which is set to return with a twenty-second series later this year.

Idling by the counter, Gemma looked to be in a cheerful mood as their order was prepared. 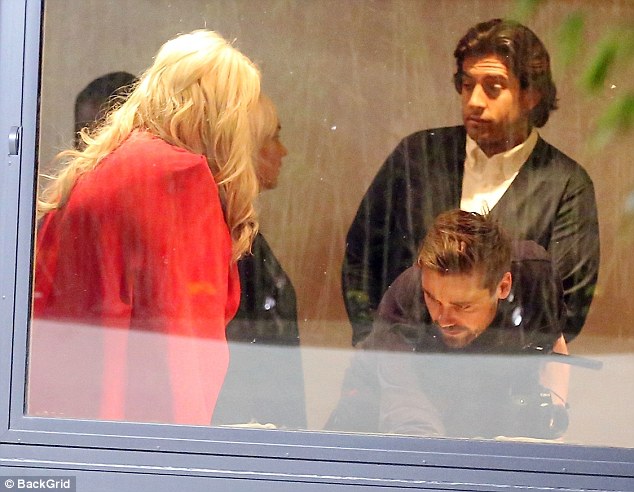 Working up an appetite: Gemma and Arg were ending their night at a local takeaway after completing another day of filming commitments on behalf of their long-running show 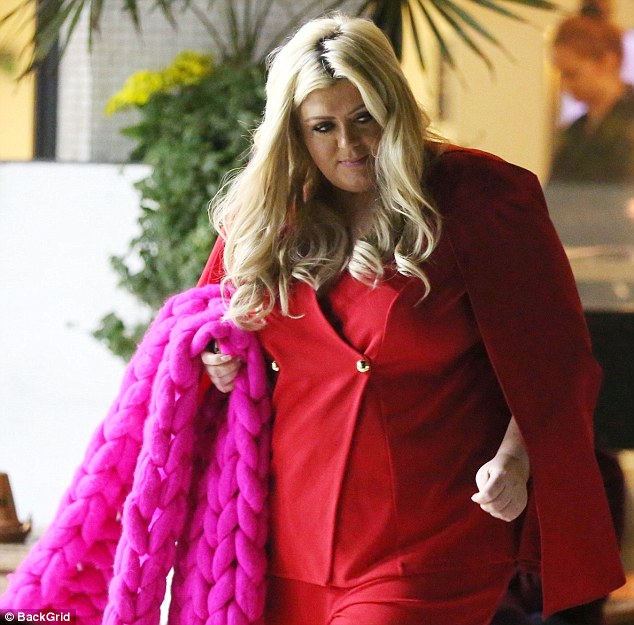 Striking: Catching the eye in a vibrant red trouser-suit, Gemma, 37, was in high spirits as the lovebirds waited for their food 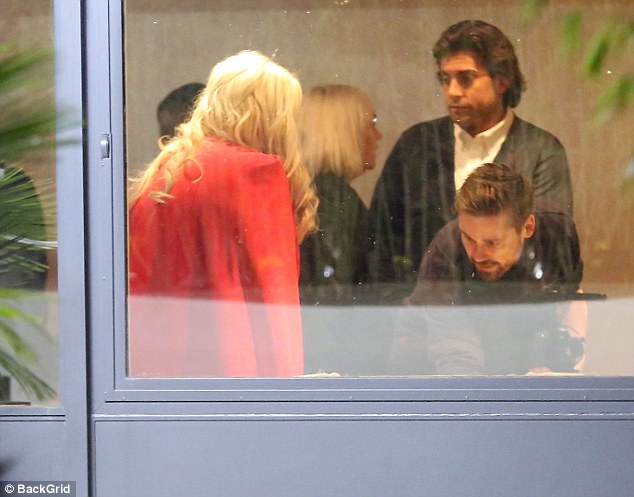 Plenty to chew over: The TV personality appeared to be engaged in conversation with Arg as they idled by the window

The on-off couple were later seen emerging from a cab after making their way back to Gemma’s flat.

Retrieving their takeaway bags from the boot, the voluptuous star appeared to have removed her shoes and jacket, revealing bare feet and arms as they prepared to call it a night.

Their latest appearance comes after Argent claimed their romance is the most passionate to have come out of the Essex-based show, despite their rows. 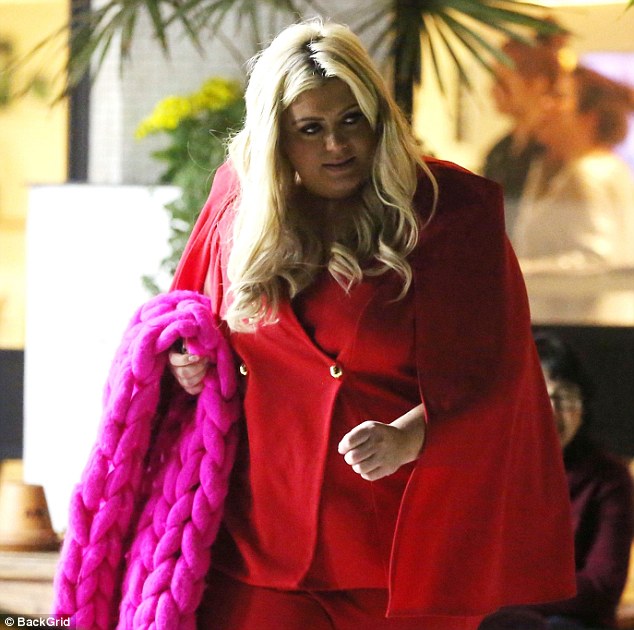 Well prepared: Carrying a hot pink blanket over one arm, Gemma appeared to be ready for a sleep over with Arg 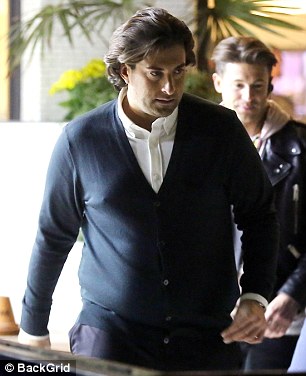 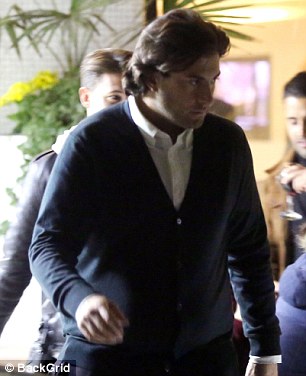 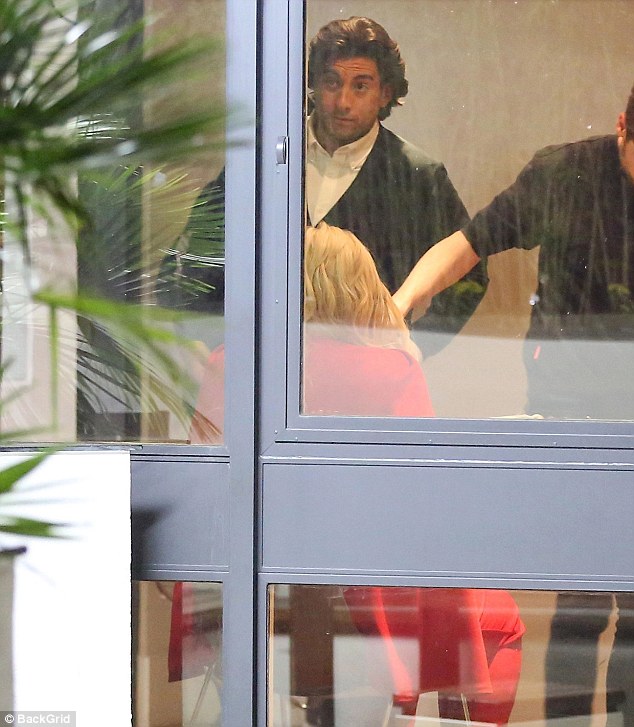 Take a seat: Gemma pulled up a chair as the TV personality’s   waited for their food to be prepared 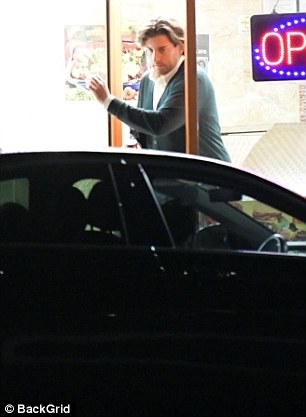 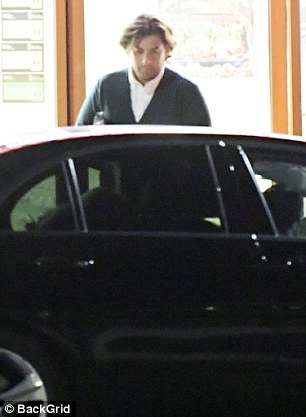 He’s off: Arg made a hurried exit after collecting their takeaway on Tuesday evening

Addressing the relationship in a new interview ahead of its launch, the reality star said: ‘I think me and Gemma is the greatest TOWIE love story, because of the ups and downs.’

Keeping coy on the status of their relationship, he said: ‘I’m sure it will be a rollercoaster as per usual but the plan is for us to run smoothly and for us to see how our relationship unfolds.

‘Our current relationship is happy, close but still up in the air. The best of friends, she’s my bestie.’

The true extent of Gemma and Arg’s relationship will be revealed on the upcoming series. 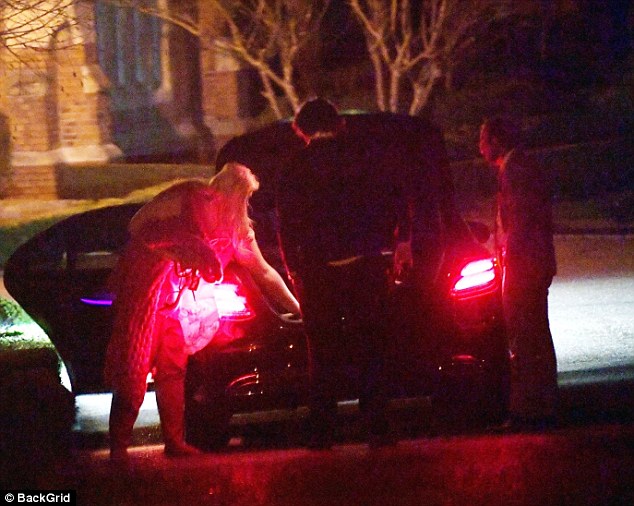 Here we go: The pair were later seen climbing from their cab after returning to Gemma’s home 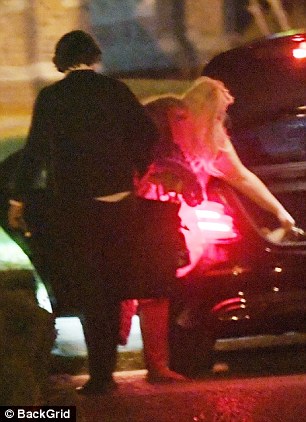 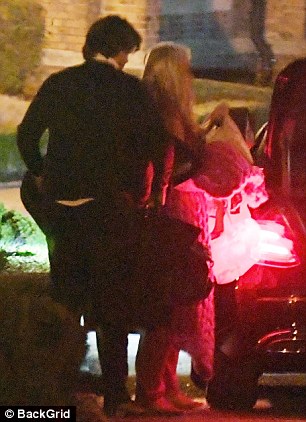 Comfort first: Gemma appeared to be barefoot as they gathered their belongings from the boot 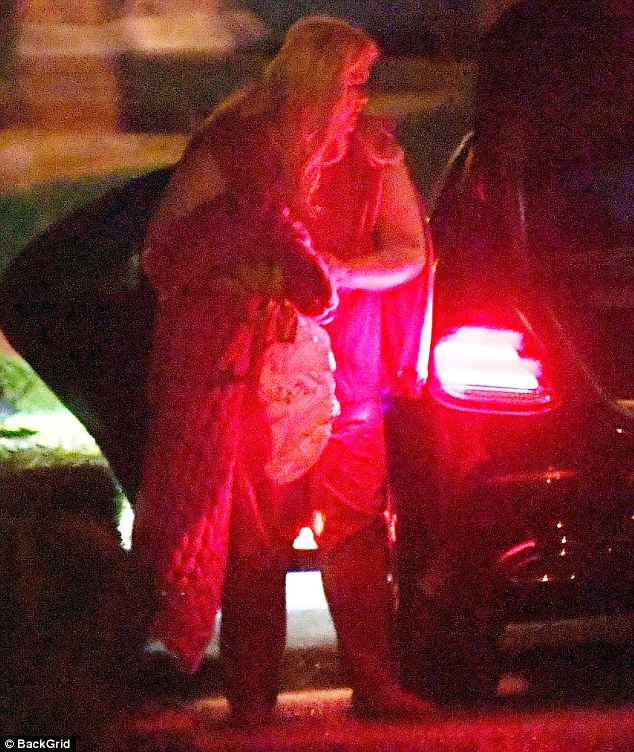 The jacket’s off: The reality star revealed bare arms while grabbing her blanket 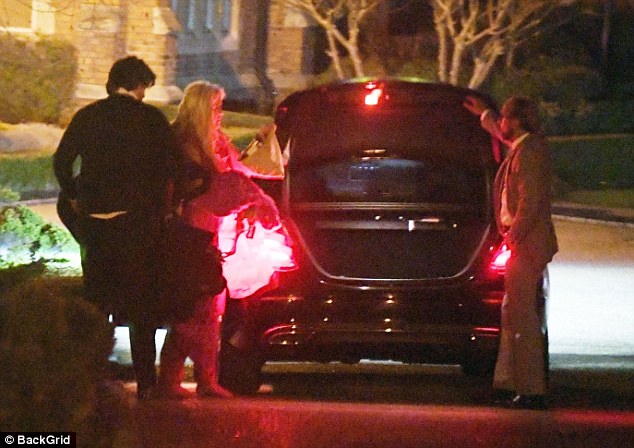 Hands full: Arg looked on as Gemma juggled with their bags on Tuesday evening 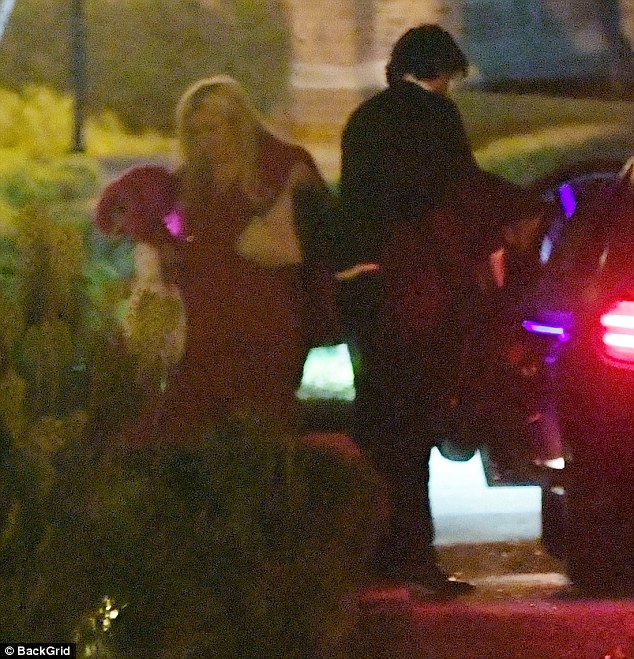 Follow me: Gemma led the way as the couple prepared to enter her Essex flat