A cheerleader from Netflix’s hit documentary series Cheer has come to the defense of her parents after viewers accused them of using their daughter’s success in the industry to make money.

Gabi Butler, 22, from Boca Raton, Florida, is one of the main stars of Netflix’s Cheer six-part docuseries, which follows Navarro College’s cheerleading squad in Corsicana, Texas, as they vie to win a national title.

Since the docuseries aired earlier this month, people online have called out Butler’s parents for their treatment towards their daughter, encouraging Butler to release a statement.

Making an impact: Gabi Butler, 22, from Boca Raton, Florida, caught the attention of Netflix viewers in the new docuseries Cheer 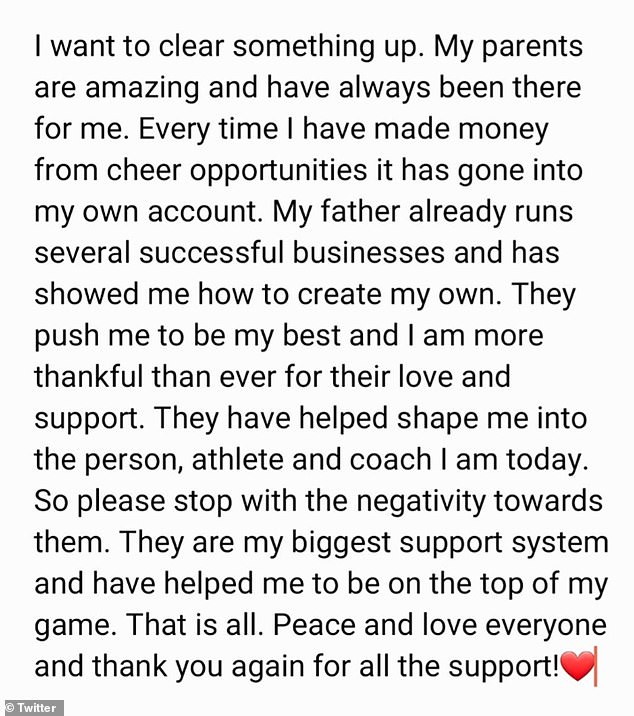 Statement: Viewers voiced their concern for Butler after watching the way her parents treated the cheerleader while on camera. This encouraged her to release a statement 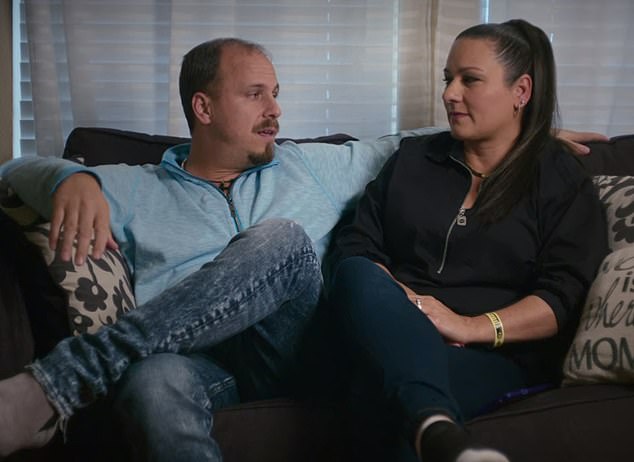 Backlash: In the docuseries, viewers watch Butler’s parents interact with her and criticize some of the things she eats. These moments rubbed some people the wrong way

‘I want to clear something up. My parents are amazing and have always been there for me,’ she wrote.

Accusations included people saying Butler’s parents were using her success in cheerleading to make their own money, but the cheerleader said none of her earned income went to them.

‘Every time I have made money from cheer opportunities it has gone into my own account,’ she added.

‘My father already runs several successful businesses and has showed me how to create my own. They push me to be my best and I am more thankful than ever for their love and support. They have helped shape me into the person, athlete and coach I am today.’

Footage during the series shows Butler’s parents helping the busy cheerleader navigate her packed schedule of training and competitions.

But there are also moments where her mom appears to criticize Butler’s weight and encourages her to eat other foods to be more healthy.

Viewers then took to Twitter to express their concern over the way Butler was treated by her parents.

‘Gabi butler’s parents put SOOO much pressure on her, like her mom telling her to eat jackfruit so she won’t have to eat basically for the whole day is crazy and so unhealthy,’ one concerned Twitter user wrote. ‘That is the stuff that ppl with eating disorders do.’ 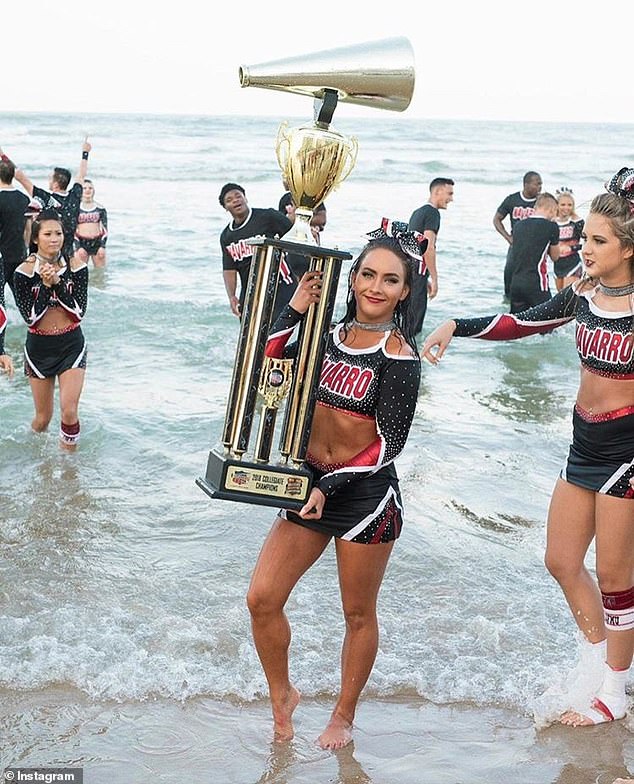 Speaking out: Butler expressed in her statement how her parents were her ‘biggest support system’. She asked fans to be respectful in their comments

Frustrated: Her statement came after commenters took to Twitter to talk about how they weren’t OK with how Butler’s parent treated her

Taking it all back: One commenter later updated her opinion about the situation after Butler released her statement

Concerned: Moments of concern for viewers included watching Butler’s mom criticize what she was eating

Another person wrote: ‘Watching the cheer documentary on netflix and realizing Gabi Butler’s entire family uses her as an income source instead of loving her like a daughter is f**king disgusting.’

This person later altered her opinion about Butler’s parents following the cheerleader’s statement.

‘After reading Gabi’s post & the comments underneath it I do APOLOGIZE,’ the user wrote, adding: ‘I just believe whoever filmed and edited the documentary really highlighted some horrible parts of her parents and clearly made them look not so great.’

Butler’s statement encouraged all the viewers of the docuseries to focus on the positive moments instead of commenting on anything negative. 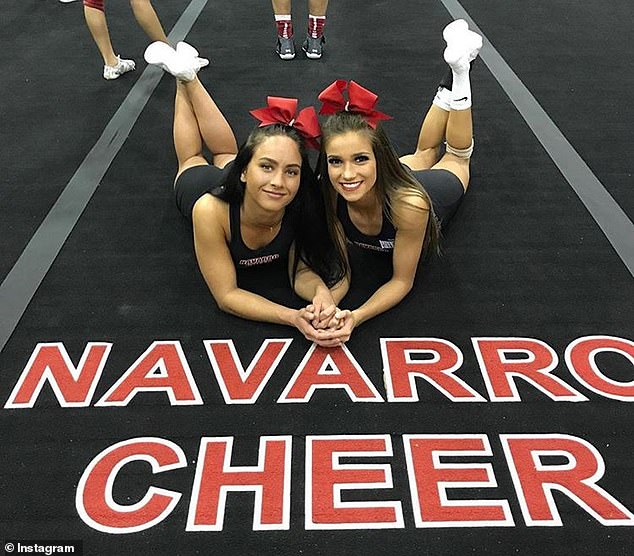 Popular: The docuseries follows Butler and the Navarro College’s cheer team in Texas as they vie for the National Championship title 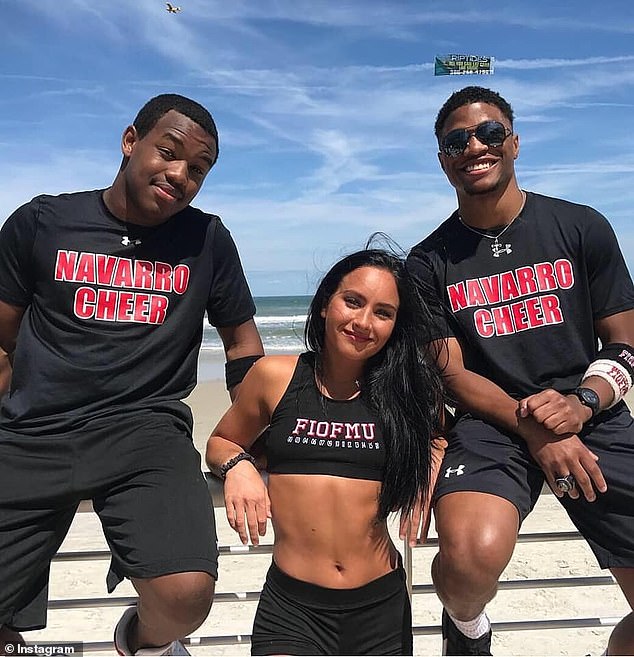 Toned: The six-part series gives viewers a glimpse into the lives of the different members of the team as they compete and train 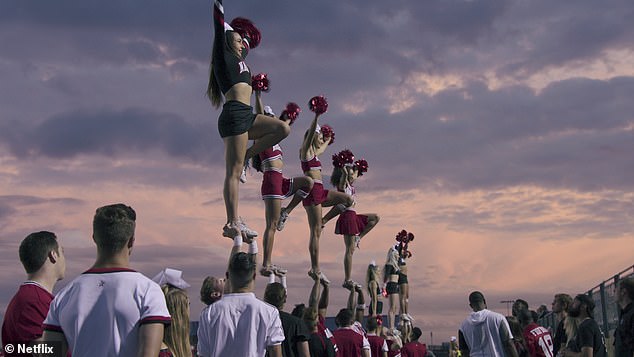 Intense moments: According to Netflix’s description, ‘Over the course of six episodes join the team members as they face injuries, sacrifice, personal setbacks and triumphs’

For the cheerleader, she called her parents her biggest support system, so she didn’t want to see any negative comments surrounding their role in the docuseries.

‘So please stop with the negativity towards them,’ Butler wrote. ‘They are my biggest support system and have helped me to be on the top of my game. That is all. Peace and love everyone and thank you again for all the support!’

She continued: ‘If there is anything I want people to take away from this new show, it is my desire to see our cheer family and community be positive with each other, especially on social media. The world has too much hate already. Let’s be different.’

Besides some of the backlash for the cheerleaders on the documentary, the series has been a hit for Netflix.

It goes inside the competitive world of the high-powered sport, all while men and women on the team strive to earn the coveted National Championship title.

According to Netflix’s description, ‘Over the course of six episodes join the team members as they face injuries, sacrifice, personal setbacks and triumphs, all leading up to one nail-biting and adrenaline-pumping final competition at the National Championship.’