EXCLUSIVE: Cheesecake moguls allegedly promised their Pakistani nephew a better life in Australia before keeping him as a SLAVE in their palatial $4million home for more than TWO YEARS

Aeisha Shah, 49, allegedly kept her nephew as a slave

Wealthy cheesecake moguls are accused of trafficking their Pakistani nephew and enslaving him for two-and-a-half years.

Abid and Aeisha Shah, 60 and 49, were arrested at their palatial $4million home in Denham Court, in Sydney’s west, on November 11 and charged with human trafficking and slavery.

Police allege the couple, who own five Cake Merchant stores around the city’s western suburbs, promised the man – believed to be in his 20s – a better life in Australia, but denied him access to a bank account.

They allegedly took his passport and threatened him with deportation if he didn’t work hard enough.

Mr and Mrs Shah were due to face three collective charges in Sydney’s Downing Centre Local Court on Tuesday, but the matter was adjourned until July 19.

They are yet to enter a plea.

According to court documents seen by Daily Mail Australia, police will allege Mr Shah brought the man to Australia for the purpose of exploitation between February 2014 and September 2015.

He was charged with conducting business involving servitude between September 2015 and February 2018. 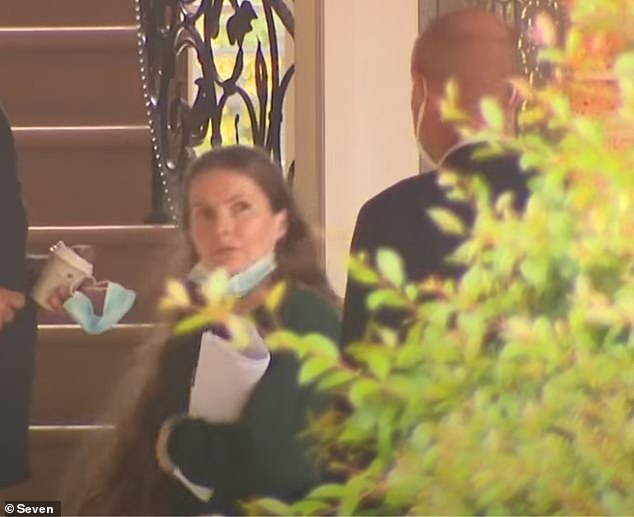 The Shahs were due to appear at the Downing Centre Local Court in Sydney on June 7. Pictured: Aeisha Shah before her arrest on November 11 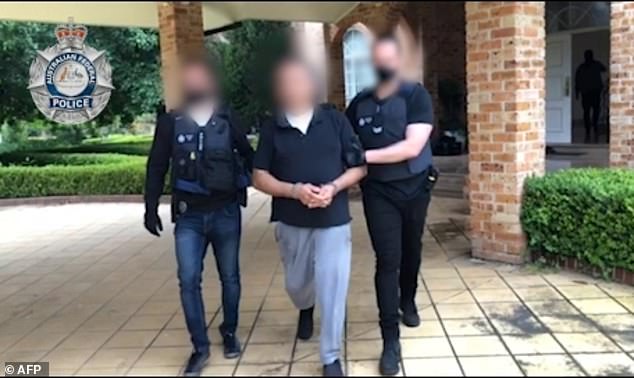 Pictured: Abid Shah being escorted out of his resort-style home on November 11 last year

Mrs Shah was charged with conducting business involving servitude between August 2015 and October 2017.

The couple were granted bail on the day of their arrest and forced to surrender their passports.

They are not allowed to contact anyone outside Australia, are not allowed to go within 100 metres of any international point of departure, and have been banned from having a phone with internet access, unless it’s only used for work purposes.

The arrested came after police received a report from the Fair Work Ombudsman in March 2018 that alleged a worker had been mistreated at one of their cake shops.

Police allege the family monitored their nephew’s phone calls, kept him isolated from the community, made him work excessive hours and didn’t pay him properly. 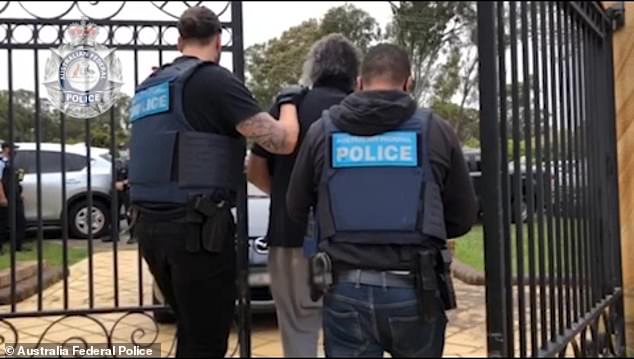 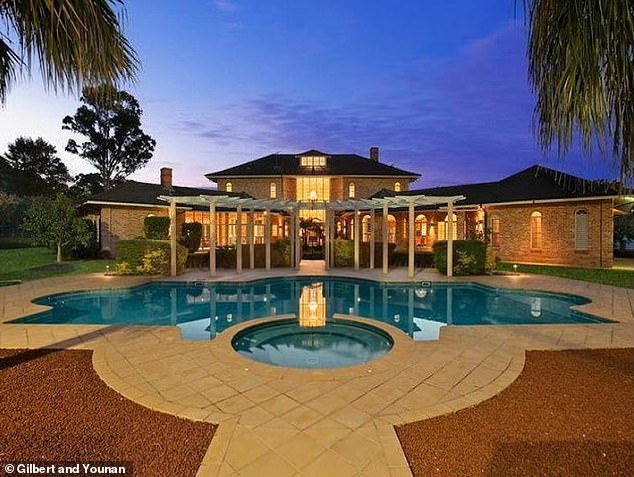 A spokeswoman from the Australian Federal Police previously confirmed the alleged slave lived with the family at the Denham Court estate.

Detectives raided The Cake Merchant stores in Liverpool, Campbelltown and Bonnyrigg, before they seized three mobile phones and financial documents during a search of the Shahs’ home.

The Shahs, who operated their business under the name Sweet Incentive Pty Ltd, were granted bail and returned home ahead of a trial.

Mr Shah, who was born in Pakistan, has been charged with conducting a business involving the servitude of another person and deceive person re-entry and confiscation (aggravated).

He faces 12 years in jail if convicted.

Mrs Shah is charged with conducting a business involving the servitude of another person, and could spend the next 15 years behind bars. 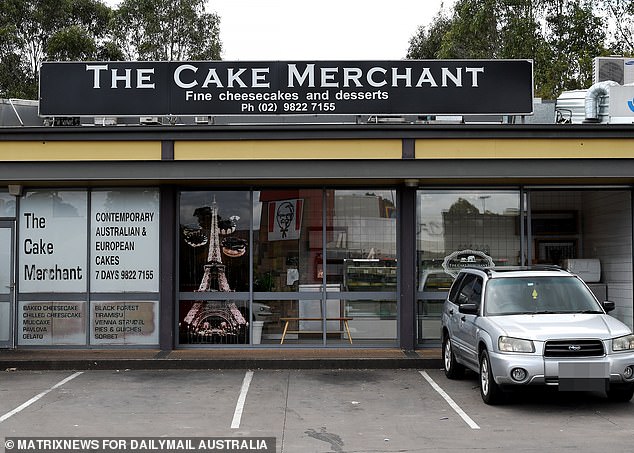 Pictured: The Cake Merchant store in Liverpool, in Sydney’s west – which was still open after the couple was arrested in November