Chef wins £4.2 MILLION with an £8 online bet… but still turns up for work the next day!

Chef wins £4.2 MILLION with an £8 online bet… but still turns up for work the next day!

A chef who became a multimillionaire overnight through an online betting game proved the money would not change him after he still turned up to work on Valentine’s Day, one of the busiest days of the year.

Sean Doyle, 33, bet just £8 on the Paddy Power online game Mars Attacks on Wednesday and netted a £4.2 million jackpot – the biggest ever online win in the history of the company.

But instead of staying up all night celebrating the chef went to bed in order to be on time for his 9am shift the next morning at the Artisan Cookhouse in County Down.

Sean Doyle, 33, from Newcastle, Co Down placed a £10 stake on an online slot game called Mars Attacks and won £4.2 million 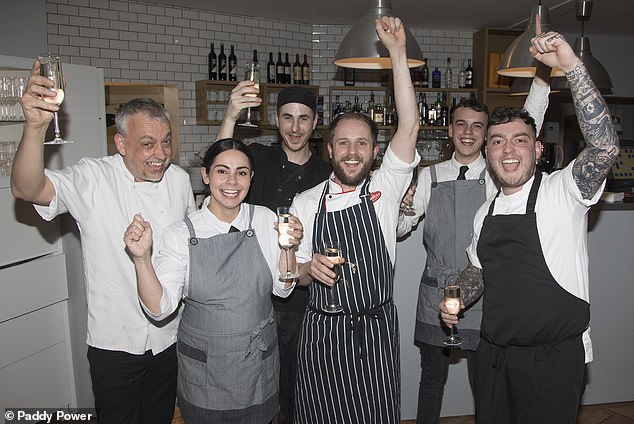 Doyle, who had only been playing online for around six months, explained how he could not bear to look as the money started pouring in at 10pm on Wednesday night.

‘I watched it until it reached about £1m on the count thing and I switched off my phone. I couldn’t look. When I got home I couldn’t believe my eyes after I saw the final amount!’ he said.

‘You wouldn’t believe the amount of people’s lives I’m going to change with this win,’ he said. 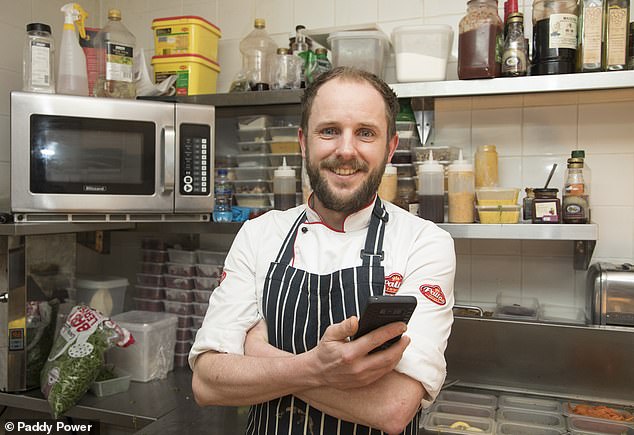 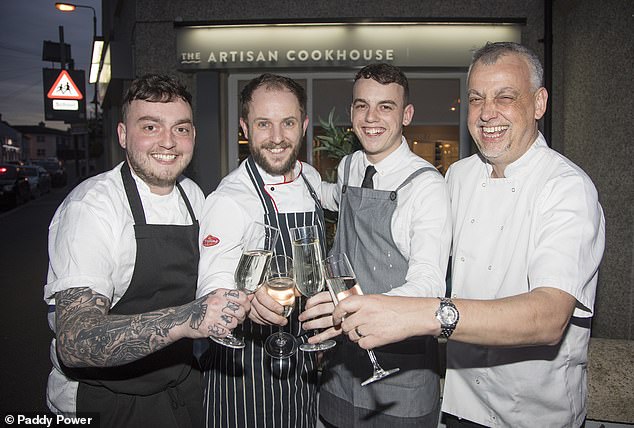 ‘My sister is a single parent in New Zealand with three kids so I’m delighted because this means I will be able to help her out. I also have three brothers, my parents and a few aunts and uncles too.’

‘I might set up my own shop, probably a café, which would mean I can down scale and relax more.’

A spokesperson for Paddy Power said: ‘Roses are red, violets are blue, we found out Sean is single, so get in the queue!

‘We’re used to being down a few quid after Valentine’s Day but this record breaking win takes the biscuit.

‘We’re absolutely thrilled for Sean and the fact that he was sound enough to turn up for work for his bosses, Alister and his son Cormack Evans, the next morning makes the thought of his success all the sweeter.’