For a man best known for his foul-mouthed bullying of kitchen staff, it has been quite a transformation.

Last week, Gordon Ramsay made his debut as a presenter of prime-time documentaries – in this case, a two-part investigation into the widespread abuse of cocaine – and the hot-headed chef was at his impassioned best.

As he explained to the viewers, this latest mission has a truly personal inspiration – thanks to the tragic, drug-related death of a former colleague and protégé, a young man he described as ‘an amazing chef and one of my best mates’.

David Dempsey was 31 and a rising star in the Ramsay empire when he fell 40ft to his death from the window of a luxury flat in 2003.

David Dempsey, left, fell 40ft to his death while under the influence of cocaine. He is pictured here with Gordon Ramsay in 1999

Although he died of multiple injuries, he was, according to coroners, under the influence of cocaine.

‘We had dinner the night he died,’ an emotional Ramsay recalled in the first part of the ITV show.

‘He just seemed agitated, he was constantly restless and kept disappearing to the toilet. I went back home and he went back to Chelsea.

‘He went to a dealer’s house that gave him some s**t cocaine and it f***** him over. I kick myself for not doing more and recognising it [David’s anxiety] earlier.’

Stirring stuff. Yet these words, however well-intentioned, have brought little solace to David’s grieving mother. Indeed, today, the mere mention of the Ramsay name is enough to make her recoil.

For Eileen Dempsey, 67, is clear that the documentary represents little more than a cynically insensitive attempt to cash in on her son’s untimely death. 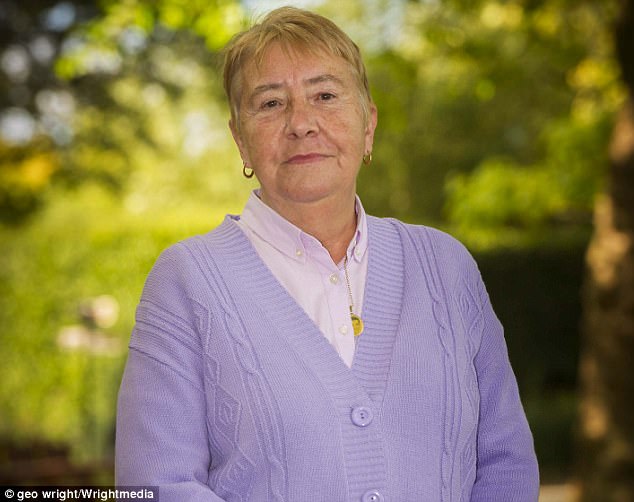 In stark contrast to today’s public hand-wringing, Mrs Dempsey says Ramsay seemed indifferent at the time, heartless even, in the aftermath of the tragedy.

Moreover, she steadfastly refuses to accept that her son’s death was a mere accident, convinced the truth of what really happened that night is still to emerge.

So strong is her conviction that Mrs Dempsey has even taken a university course in forensic science in a bid to examine the evidence – such as it is – for herself.

Yet this understandable quest by a determined and grief-stricken mother, has, she claims, been met so far with little reaction from the Ramsay organisation.

Mrs Dempsey says: ‘Ramsay is the most ego-centric, arrogant and insensitive person for doing this to me after all this time. It’s like he’s put a knife through my heart.

‘Our family were moving on with our lives. Why did he have to do this now? He has shown no respect.’ 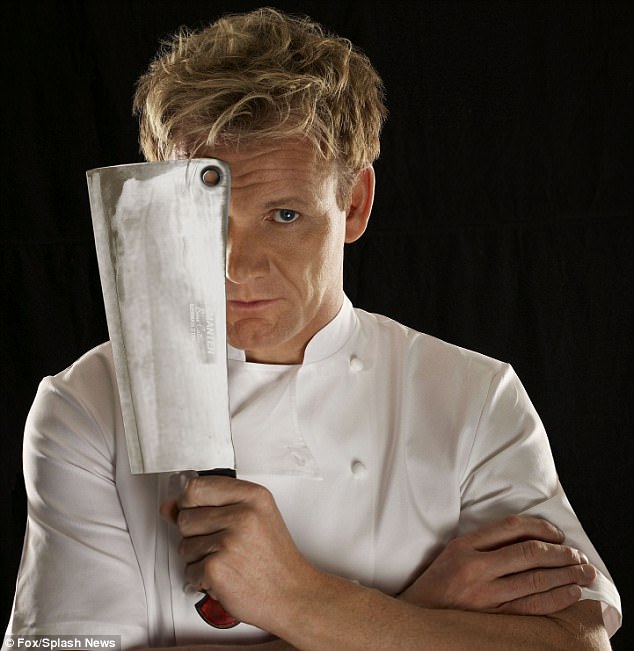 To add insult to injury, Mrs Dempsey was never officially informed about the programme, filmed by the chef’s own production company, Studio Ramsay, and only came across it by accident during a phone call from a relative who had seen a television trailer.

She complained to the company, urging it to reconsider screening the film because of the upset it would cause.

But in return she received no more than a curt, impersonal email, which said: ‘As David Dempsey’s mother, you may find issues dealt with distressing and may wish to take steps to avoid watching the programme.’

To this day, Mrs Dempsey challenges the inquest verdict, which ruled David’s death was an accident. She denies claims he was a habitual cocaine user, and blames her son’s decision to become involved in the hard-partying world of London’s top restaurants for his downfall. 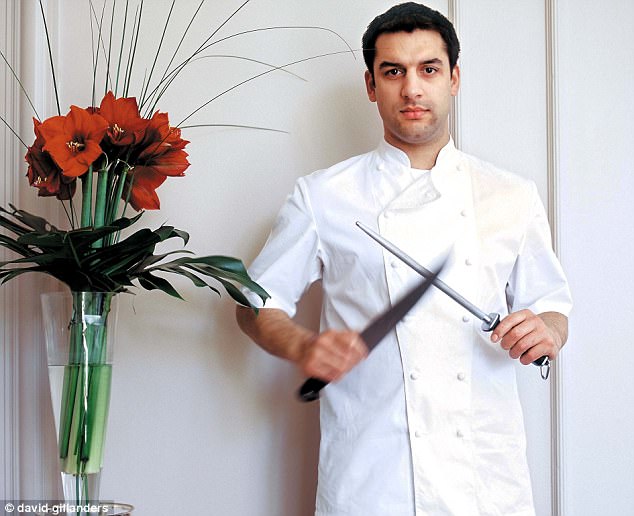 By all accounts, Glasgow-born father-of-three David had been a talented and hardworking cook who believed passionately in his craft and his family.

A senior chef de partie at Raymond Blanc’s three Michelin star Le Manoir Aux Quat’ Saisons in Oxfordshire, he quit to work for Ramsay in 1998 at his then-restaurant, Aubergine.

When he impressed his mentor, he was appointed head chef at Ramsay’s new restaurant, Amaryllis, in Glasgow in 2001.

He won a Michelin star but had also started to display characteristics of his boss – working 18-hour days and displaying flashes of temper, ejecting troublesome customers. It led to him securing the head chef post at Aubergine in London.

But the truth, Mrs Dempsey says, is that despite this professional success, her son’s love affair with the Ramsay organisation had been coming to an end at the time of his death.

She recalls: ‘The last time I saw David, two weeks before he died, he told me he was coming back to Glasgow. The pressure of working in London had become intolerable. He told me he would be opening his own restaurant, nothing to do with Gordon Ramsay. 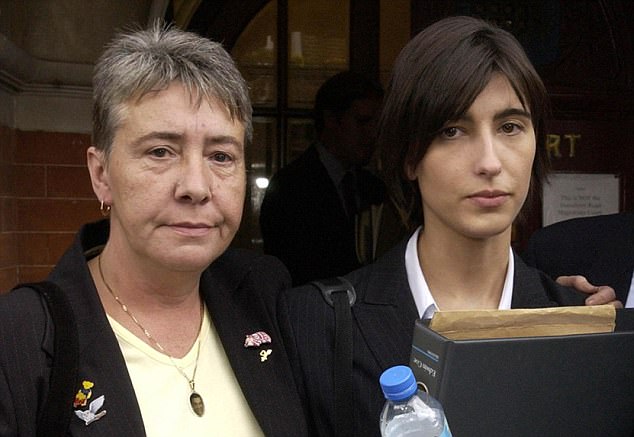 ‘If he was agitated the night he had dinner with Ramsay, it was because he was worried that his secret had been discovered.’

His terrible end came at around 11pm on Sunday, May 5, 2003, on a street just off Kings Road in Chelsea. Witnesses reported that Mr Dempsey climbed up scaffolding and smashed a window in a third-floor flat, before climbing back down.

He then gained access to the building and went up the stairs, climbed out to the window ledge of a second-floor flat and from there apparently tried to jump across to an adjacent ledge. But he fatally misjudged the distance and fell to the basement patio below.

As his employer, it was Gordon Ramsay who was asked to identify the body. In a newspaper interview to promote the documentary, Ramsay said: ‘Having been summoned by a coroner to identify a body, I wouldn’t wish that on anybody. I physically broke down and I was upset.

‘I couldn’t go behind that glass screen and identify a guy that I loved dearly. He was running one of my restaurants and it took years to get over that. And he’s not my son. He was my chef.’ 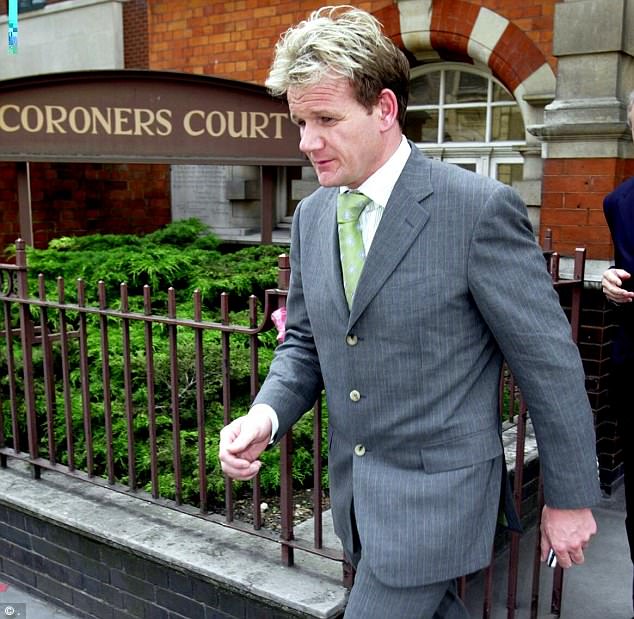 Celebrity chef Gordon Ramsay leaves the inquest of his former employee David Dempsey, who fell 40ft to his death

What is unforgivable in Mrs Dempsey’s eyes is, however, that the Ramsay organisation failed to pass the family’s details to the police – leading to a delay in his relatives being told of the death.

‘David was dead for four days before we were informed,’ she says. ‘The Ramsay organisation already knew he was dead, yet didn’t think to pass on his next of kin details to the police or get in touch themselves to tell us what had happened.’

In addition, she claims Ramsay’s now estranged father-in-law Chris Hutcheson – his business partner at the time – contacted her to ask if David’s funeral in Glasgow could be postponed for a few days because they were ‘finding it difficult to get flights’.

The family refused – and Ramsay managed to attend nevertheless, although Mrs Dempsey feels that even then his behaviour was ungracious.

‘He was already sitting in the back of a car when I approached to invite them to the funeral buffet after the burial,’ she recalled.

‘At the graveside, he and his father-in-law stood apart from everyone else. Needless to say, they didn’t turn up at the hotel afterwards either.’ 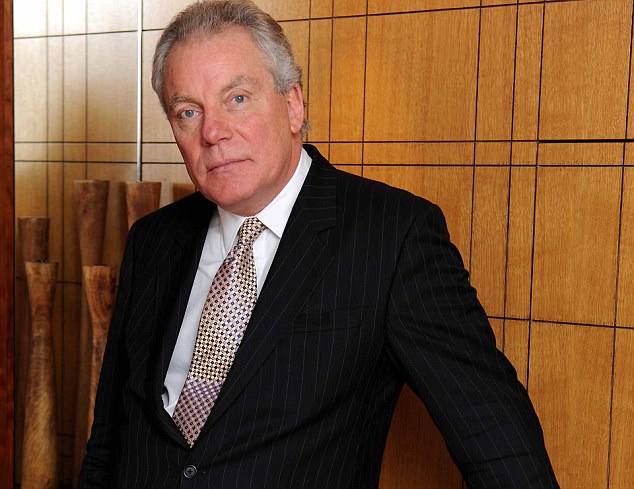 The official post-mortem report, seen by The Mail on Sunday, recorded David’s cause of death as ‘multiple injuries’, but toxicology reports later confirmed cocaine in his system.

Even so, his family insists that the amount does not explain David’s wild behaviour that night, and they question the official narrative. He was not a habitual drug user, they say, and Ramsay told the inquest he had never seen David take drugs.

He was also ‘petrified’ of heights, they say, and cannot understand why he would willingly have gone close to an upper-storey window.

Mrs Dempsey suspects her son may have had his drinks spiked: ‘I’m not saying someone deliberately murdered David but whatever happened that night, another party is involved. I think he was given something.’

Mrs Dempsey, a retired teacher, took a course in forensic medical science at Glasgow University in an attempt to understand what had taken place.

The part-time course focused on investigative science techniques, which allowed her to assess for herself the post-mortem and toxicology results, as well as other evidence presented by the police to explain David’s injuries. 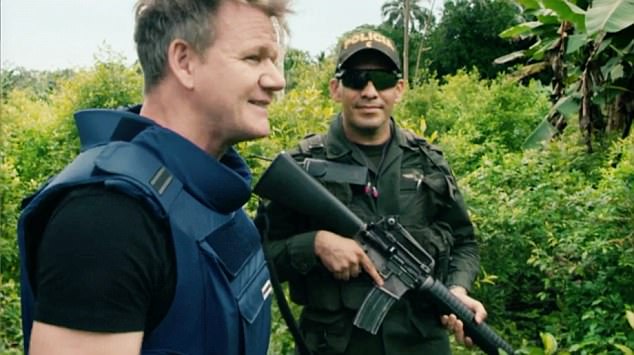 In the new show, Gordon Ramsay explores the criminal business behind the global cocaine trade with the Colombian Drug Squad

She also hired a private investigator to review the case and believes she has grounds to demand a judicial review into the confused events of that terrible night.

Now the ITV show has reopened old wounds, and left the family divided. Mrs Dempsey has lost contact with David’s son Jack, 21, who appears on the programme in the kitchen where his father once worked. Jack is a trainee chef, whom Ramsay has taken under his wing after work experience at Petrus and the Savoy Grill.

Mr Dempsey’s fiancee at the time of his death and the mother of his two younger children, has married and left Glasgow.

A spokesman for the production said: ‘The documentary was made with the help and participation Jack, and although the tragic loss of David was part of the inspiration behind making the series it is not the sole focus.’

‘Ramsay would use anything to try and make himself look good,’ she said. ‘He would not know how to be sensitive, because it is all me, me, me.’