Rosie French was stunned to see she had been charged for ‘awkward, painfully slow, grating’ of parmesan on her pasta

A stunned food writer shared her horror on social media after studying a restaurant bill to find she had been charged for a waitress to grate parmesan on her pasta.

Rosie French, who is also a chef, was left gobsmacked when she was handed her £50 bill at Ombra in Hackney, East London.

In a first ever for the chef, she had been charged £1.50 for a couple of twists of cheese – under the misspelled heading ‘parmisan supplement’.

She asked famous food critic Jay Rayner on Twitter, what he thought of her being charged extra for the cheese.

‘Wasn’t mentioned to us during the awkward, painfully slow, grating at the table. Would have let her carry on had we known!’ 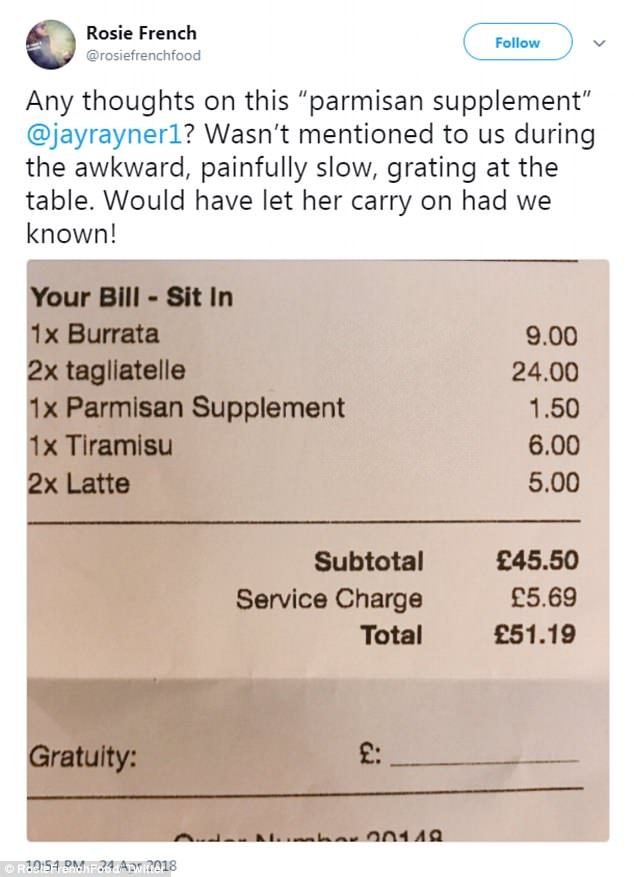 Rosie French said it was never explained to her she would be paying £1.50 to have cheese grated on her £12 bowl of pasta

Social media users were outraged and called for a boycott of the restaurant.

One person asked: ‘What next an extra charge for salt and pepper?’

However, the head chef hit back saying the cheese is priced on the menu. 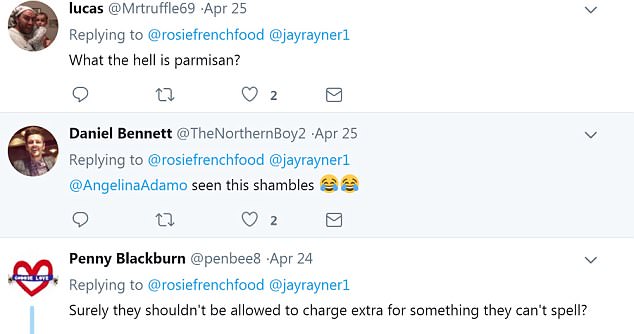 Twitter users were shocked at the parmesan charge which was added to a £50 restaurant bill in Hackney, London 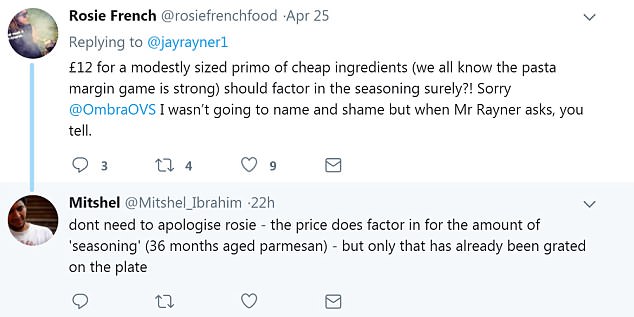 Famous food critic Jay Rayner responded to the tweet asking for the details of the restaurant which charges a £1.50 parmesan supplement fee

He attempted to justify the charge by explaining the value of the grated cheese.

He said: ‘It is written on the menu.

‘It’s like asking for more gin in a cocktail — surely you wouldn’t expect that for free?’